Preview: Lockjaw #1 the best Inhuman gets his own series 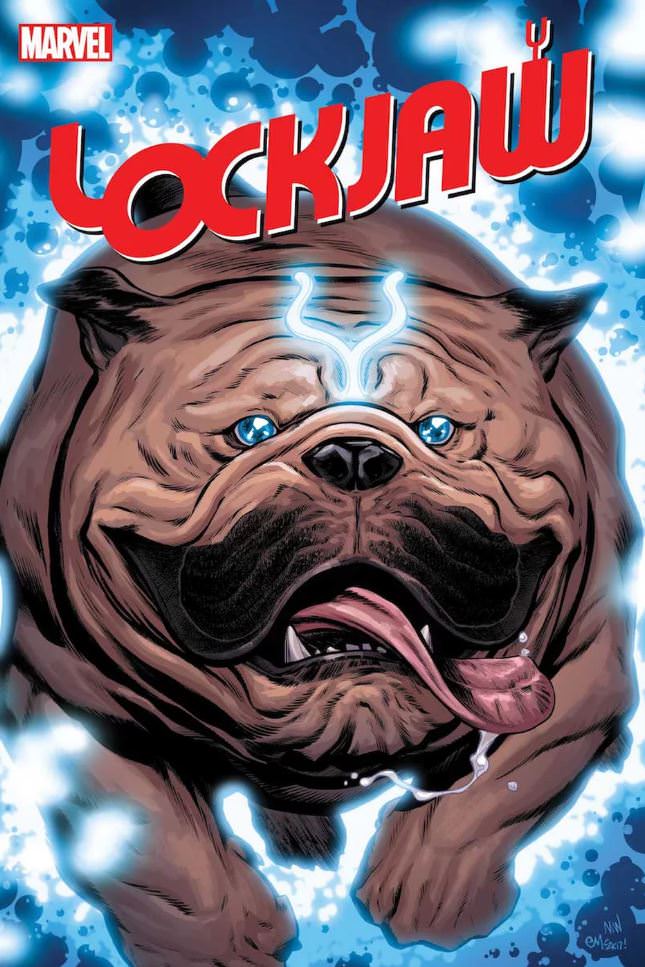 Marvel was no doubt eagerly awaiting the reception for the Inhumans TV series with plans for harnessing its popularity.  Unfortunetly, for all involved the show has been a complete faillure.  One highlight of the show though has been Lockjaw the Inhuman's teleporting dog.  Marvel has decided to salvage what they can from the show and create a series for Lockjaw.  While this series may be a bit silly to some, I actually look forward to this one.  Yes, I am a sucker for cute dogs.


Press Release
When Lockjaw finds out his long-lost siblings are in danger, he’ll embark on a journey which will result in a teleporting, mind-bending adventure. “We’re super excited about this book. Daniel Kibblesmith—a hilarious writer who works on The Late Show and recently published a book called Santa’s Husband—has cooked up an incredibly fun, heart-filled romp around the Marvel Universe,” said series editor Wil Moss. “Back in BLACK BOLT #5, writer Saladin Ahmed and artist Frazer Irving finally settled the mystery of Lockjaw’s origin: He’s definitely a dog, birthed by a dog, who happens to have the power of teleportation. But now we’re going even further: How did Lockjaw obtain that power? And is he really the only Inhuman dog in the universe? So in issue #1, we find out that Lockjaw’s got brothers and sisters. From there, we’ll be following everybody’s best friend around the universe as he tracks down his siblings—along with a surprising companion, D-Man! It’s gonna be a fantastic ride, all beautifully illustrated by up-and-comer Carlos Villa! So grab on to the leash and come with!”


You heard us: Grab a leash, prepare your mind, and teleport along with Lockjaw when LOCKJAW #1 hits comic shops this February!

Inhumans Toys
Toylab is a member of the Amazon Affililiate Program which allows us to find cool Inhumans toys on Amazon to show you in the window below:


For more Inhumans fun check out!