Who is Black Hood in Riverdale?

Who is the dreaded Black Hood on Riverdale?

Season 1 of Riverdale was based upon the mystery of who killed Jason Blossom.  In Season 1, Fred the father of Archie was shot and many thought the mystery would be who shot Fred.  However, the show has thrown some more wrinkles into the mix.  While most initially assumed that the shooter was simply a henchman working for someone (Hiram), it now seems that shooter is going after others.

The Shooter goes after another person in the 2nd episode and we won't spoil it yet.  He also sends a letter that says his name is Black Hood.  He also says he is going after "sinners".  This makes him into something of a serial killer or a crazed vigalante. 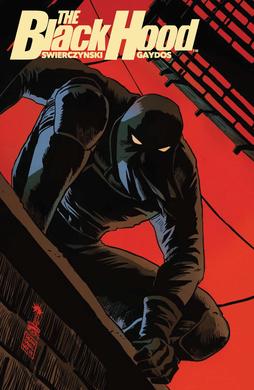 Here is a fun fact for you Black Hood is the name of a Super Hero from Archie Comics.  It seems even the superhero characters are now being twisted into darker versions for the show.

The Black Hood was a character at MLJ Comics (Later known as Archie comics) and was one of the most popular crime fighting characters of MLJ.   The character has also been published by DC and Dark Circle Comics.  The first Black Hood was an ex cop named Matthew Kipling "Kip" Burland was had been framed for Grand Larcency and left for dead by a villain named the "Skull".  Burland donned a black hood and set out to clear his name.  It was never spelled out if he had super powers or was simply a very strong man.  Eventually, Burland clears his name but he continues to wear the Blackhood even after another villain named "Needlenoodle reveals his secret identity.  Burland was often joined in the comics by his love interest the intripid reporter Barbara Sutton.

Will the Black Hood character borrow any of this from the comic?  I don't know but it will be fun to find out.