Which Inhuman's Story Sucks the Most 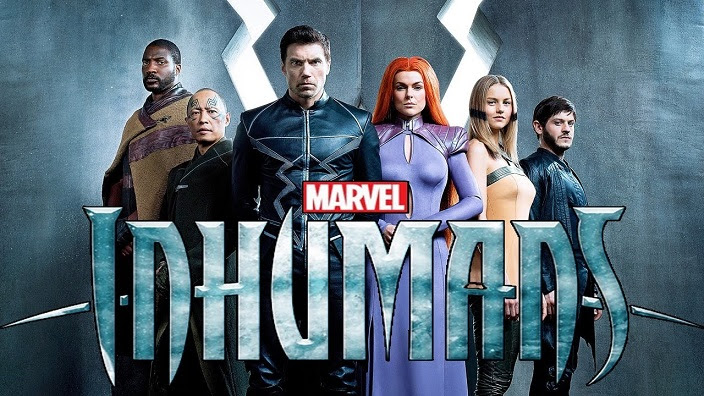 4 episodes into Inhumans and a few things are completly clear.  First the show is an immense disapointment.  After the build up of the Inhumans on Agents of SHIELD, the Imax partnership, and the show being provided all of the major Inhuman characters this is inexcusable.  One would think that this show had everything it needed to do something special.  It has done anything but that.  Its storylines are mundane, and make interesting characters uninteresting. The true feat of this show is how unlikable it has made its major characters. Many fans have voiced their support for the villain in the series Maximus which goes to show how poorly they argued the point of view of the heroes. Likewise basic things like the powers of Karnak have not been explained. Karnak's comic counterpart has one of the most unique and awesome powers in comics, he can see the weakness in all things. I have no idea what Karnak's power in the show are though.

One problem that has hurt the Inhumans in the comics over the past few years has been the attempt in Marvel to make the Inhumans into replacement mutants. There are a variety reasons why this has fallen flat with comic fans, and what is sad is how this show fell into the same trap. The Inhumans are a royal family, holding up a brutal rigid cast system and with those traits its hard and maybe even impossible to have them fulfill the role of a victimized oppressed people like Mutants. What is worse is that the villain in the series Maximus makes strong points in his opposition to both the royal family and its oppressive ally the genetics council. While the show succeeded in making a sympathetic villain they should have spent more time worrying whether their main characters were as well.

The next error thing that has plagued the series is the decision to break up all the Inhumans into their own individual story. Each story sees the Inhuman akwardly intereacting with Earth, and fumbling around in it. In almost all cases these stories have left the main characters looking stupid, arrogant, and weak and entirely unsympathetic.


Best Story lines by characters from Best to Worst:

Alright lets be clear Gorgon's story is not great. It still feels like it could come from Baywatch but I like Gorgon. Gorgon is a loyal soldier to his king but he also shows empathy for the humans around him. When offered help by humans he urges them not to help that it will be dangerous. When one of those humans is hurt he picks him up and carries him to safety.

He is strong, and able to go toe to toe with forces sent at him.  That is other thing that is good about Gorgon's storyline.  His antagonists are the elite Royal Guard members he himself had trained.  These are other powerful characters and serve as worthy adversaries.

While his storyline his story has cheesyness (What was he doing swimming) you at least come out liking and respecting Gorgon which is more than can be said for the other characters.

Maximus
Maximus is cruel and calculating but he has the saving grace of being right.  Maximus wants a society where individuals are not forced into the brutal cast system of Inhuman society he wants them to go to Earth.  While many Inhumans seem to balk at Maximus's plan they never fully explain why its so bad.  Is there a reason why the Inhumans with a guy as powerful as Blackbolt could not negoicate bringing a city down to Earth?  I tend to think finding a peaceful partner would be simple.

What is more intriguing about Maximus is that without any powers he appeals to more people in Attilan than Black Bolt does.  The people at the bottom like him, people in the Imperial Guard like him.  It sure seems like the Inhumans outside of the Royal family have all sided with Maximus.  Why should viewers be so worried about this coup when the people that are most effected don't seem to care.

Who is Maximus the Mad?

Blackbolt
Blackbolt is one of the most powerful characters in Marvel but his reluctance to use his powers in any shape or form have effectively rendered him as mute, meandering through the justice system the escaping.  While Blackbolt has had some amusing moments and not been a complete jerk he has also failed to do a single meaningful thing in the first 4 episodes.  While Blackbolt is the leader of the Inhumans, and one of the most powerful characters in all of Marvel he has so far done nothing about it.

Blackbolt's faillure to communicate with humans is also understandable given that his power would be highly destructive.

Scenes like him killing his parents with his power, or sleeping in a chamber to control his power are not well explained and so lack the emotional punch that they could have had.

The potential for the show to show something awesome with Blackbolt using his power to shred an attacking Kree armada are not even approached.  The fact that awesome moments like these are not depicted has left me with the question of why bother with this show?  Isn't that type of awesomeness why we are used to be tuning into this show in the first place?  The whole show feels like a giant missed opportunity after missed opportunity.

Crystal
Crystal is a princess who whines a lot even though she is very powerful.  She is basically depicted as an out of touch brat with one redeeming quality of liking her Dog.

Karnak
What the heck is Karnak's power?  In the Karnaks its that he can see the weakness in all things.  In he cause that power against a person when he fights, against a wall, or against a strategy.  It is a really cool power and makes him into Blackbolt most trusted adviser.
In the show though we see Karnak's power explored in a cool scene where he seems to run through scenarios until he finds one that he wants.  This scene was actually good maybe one of the best scenes in the show but it left me utterly baffled at what his power was.

To make Karnak's story even worse, he takes 5 steps on Earth falls and hits his head.  The fall seems to render his power useless.  He then stumbles into a camp of drug dealers.  It gets pretty silly from there.

Triton
Who?  Triton barely appears in the series after being shot by a force who has still not been explained and falling into the ocean.

Medusa - WORST
Medusa really is terrible in the Inhumans for a few reasons.  First when she has her hair it looks weird.  Then the show quickly decided to shave her head in an akward scene with an electric razor.  This pretty removes the very thing that make her character unique.

The bigger problem with Medusa is that she is so impestious that she is entirely unlikable.  When she is put out on her own on Earth wher she immediatly begins to treat every human she comes accross like crap.

First she tries to rob an ATM, then she robs from someone's home.  Then she kidnaps a scientist who is bizarrely trying to help her.  She then steals that scientist's laptop and tries to get away from her.

The best moment for Medusa were when she choked out Maximus with her hair on Attilan.  She also had a descent hand to hand battle with Auran.  In that battle though it was hard to root for Medusa over Auran.

One more thought I also like the Dog Lockjaw.  In the whole show he may be the best character of all of them and he has slept through half of the episodes.

Auran is not a very well known Inhuman character but she appeared memorable in the comic Inhuman.  In that comic she had large ears and could pin point exact sounds over a large distance.  She could for instance pick up someone saying Blackbolt or Maximus from miles away and pin point the place of its origin.  Auran in the show is pretty descent.  She leads a team of Inhuman Guardsman to hunt down Gorgon and that group may be the most interesting part of the show.  However, Auran's powers in the show seem entirely generic and its a shame they did not make slightly more like her comic counter part.  Putting slightly longer ears on people has been done by Star Trek for years I think it would have been easy to do that for Auran.

Mortis is a character released by Maximus with the power of shooting a death ray out of his face.  I actually like this guy.  Give him his own show.........well after he washes away everything else in this show first.