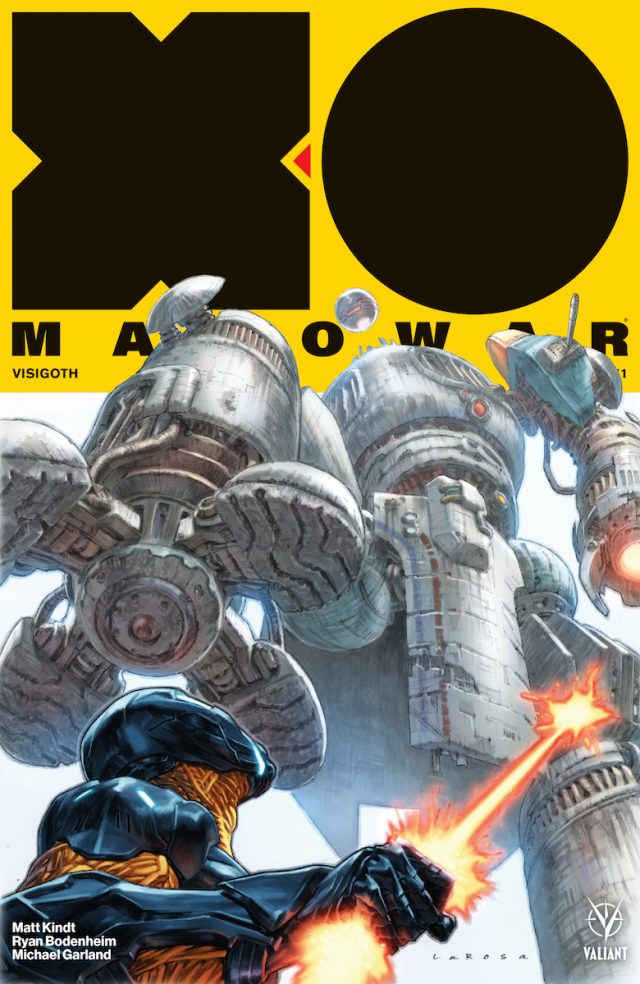 I have made no secret of how much I love X-O Manowar over 2017.  It is no surprise to me that it has been the top independent series of the year.  The series so far has seen Aric rise to control from a lowly soldier into an emperor of a vast alien empire.  Now he finds himself stripped of his throne and his enemies are out for revenge.  Visigoth is a new starting point for X-O Manowar and also will introduce an array of new characters in the alien bounty hunters.  The bounty hunters themselves are said to be appearing in other series at Valiant throughout the year. --Marvel Matt

Valiant is proud to announce X-O MANOWAR (2017) #11 – the FIRST ISSUE of “VISIGOTH,” an ALL-NEW JUMPING-ON POINT for the unrelenting science-fiction juggernaut from New York Times best-selling writer Matt Kindt (ETERNITY, Mind MGMT) and spectacular artist Ryan Bodenheim (The Dying & The Dead)! On January 24th, the best-selling new series of 2017 from any independent publisher begins the new year with a crippling new turning point in Aric of Dacia’s yearlong rise from “SOLDIER” to “GENERAL” to “EMPEROR”… Now, exiled from the empire he once conquered and hunted by a band of cold-blooded mercenaries with a price on his head, X-O Manowar’s fall from grace is about to begin with punishing force!
Aric of Dacia’s bone-crushing climb to the throne of an alien world earned him scores of allies… and a legion of scorned enemies. Now, stripped of his crown and cast out of his kingdom, the man known as X-O Manowar must return to his roots as a sword-wielding warrior of Earth if he is to survive the relentless band of intergalactic bounty hunters that have been hired to kill him cold. But with few places left to turn, could the last Visigoth’s best hope be the all-powerful…but insidious…weapon he once swore away: the X-O Manowar armor?

In 2018, jump on board the record-setting series that reforged Valiant’s most iconic hero in a crucible of war and interstellar fury…and find out why fans and critics alike can’t stop raving about X-O MANOWAR’s cosmic quest for power:

“✮✮✮✮✮… By far the best series of the year…” – ComicsVerse

“One of the most intense and action-packed stories you’ll read all year…” – SyFy Wire
“✮✮✮✮½… [X-O MANOWAR] continues to barrel ahead with no sign of losing momentum.” – IGN
“Epic and a total blast.” – Nerdist
“✮✮✮✮½… Stunning… One of the best series on the racks right now…” – Graphic Policy

“One of the best sci-fi books out there… An absolute must read…” – SciFi Pulse
From “SOLDIER” to “GENERAL” to “EMPEROR”…to outcast! On January 24th, the climax of X-O MANOWAR’s whirlwind first year in the Valiant Universe starts here as “VISIGOTH” begins with a bold new introduction to Aric of Dacia’s one-man conquest of a hostile alien world, only in X-O MANOWAR (2017) #11 – featuring covers by Lewis LaRosa (BLOODSHOT SALVATION), Giuseppe Camuncoli (Amazing Spider-Man), Ariel Olivetti (Punisher War Journal), and Jay Anacleto (Marvel: Eyes of the Camera)! 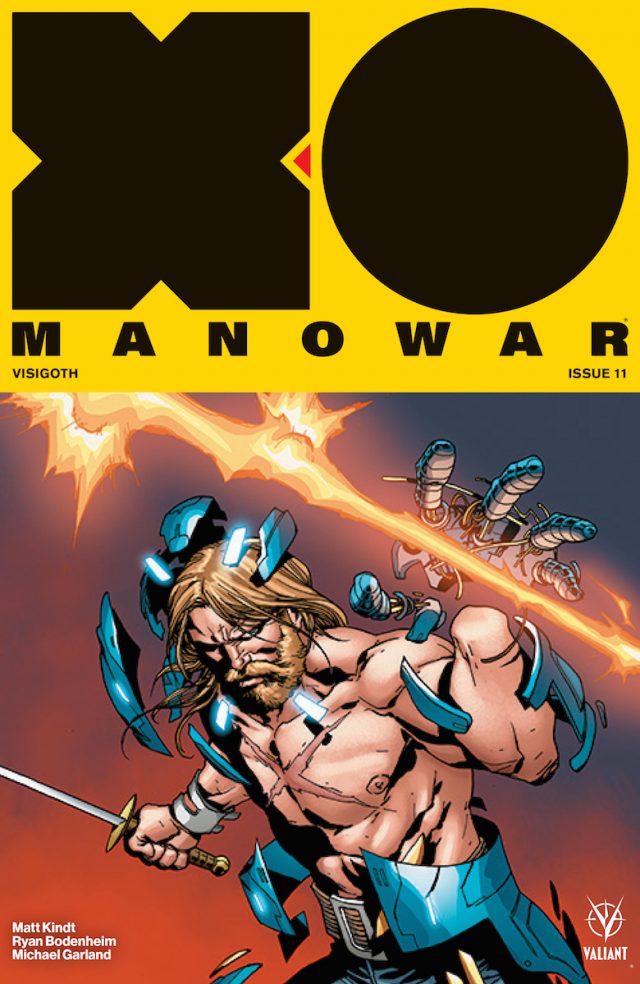