Toylab breakdown - New Mutants is a Fox film that will tie into other X-Men fox films including Deadpool 2.  This film will focus on a lesser known mutant team of the New Mutants.  Part of the idea of the film is that will have more of a horror like feel than other Fox / Mutant verse installments.  Josh Boone who is helming the film is said to be taking inspiration from the art of Bill Sienkiewicz tha set the darker of tone of New Mutants #18 through 31.  Well known X-Men writer Chris Claremont wrote New Mutants 18 through 31 but it was the art of Sienkiewicz that gave that particular run its unique vibe and that Boone has channeled into the making of this film.

Synoposis:
Five young mutants, just discovering their abilities while held in a secret facility against their will, fight to escape their past sins and save themselves.
Director:  Josh Boone


Trailer:
Josh Boone teased on Instagram that the New Mutants trailer is going to come out on Friday, October 13th.    A seeming fitting day for a comic book film that is said to be heavily influenced by horror:


There’s Something New To Fear #tomorrow #newmutants #teaser #xmen #thenewmutants #fridaythe13th
A post shared by Josh Boone (@joshboonemovies) on Oct 12, 2017 at 7:09am PDT


Some of the cover art said to be influencing the New Mutants film.  Josh Boone who is helming the film is said to be taking inspiration from the art of Bill Sienkiewicz tha set the darker of tone of New Mutants #18 through 31. 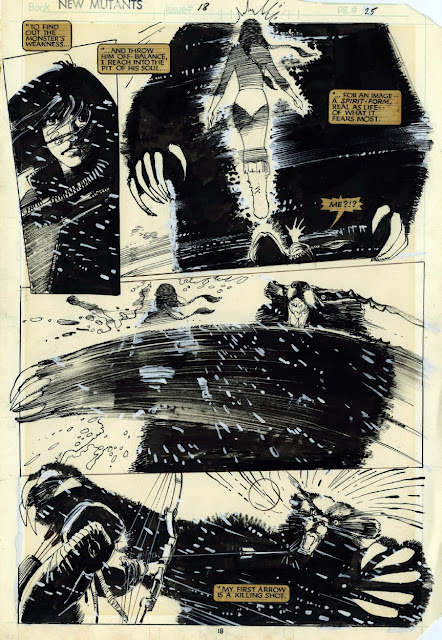