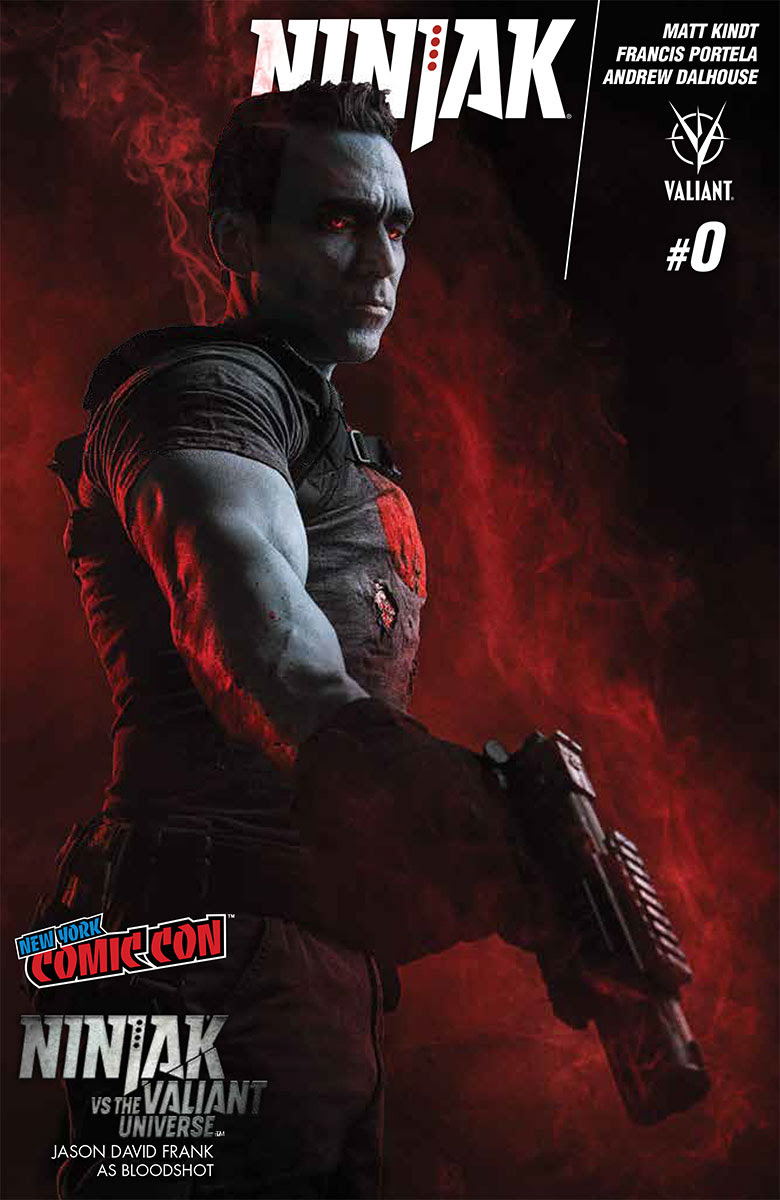 Valiant is hitting New York Comic Con (NYCC) Hard with a ton of exclusive items and will also have a cast signing from Ninjak Vs the Valiant Universe.  NYCC is Thursday, October 5th to Sunday, October 8.  NYCC is generally considered to be the 2nd largest comic con behind only San Diego.

There is another NYCC exclusive variant of Shadow Man Rae Sremmurd variant that will be available during the Rae Sremmurd.

What makes these exclusive variant all the more interesting is that the people depicted on the covers will be there to sign the books.  This is pretty unique.

Some other highlights they have Bloodshot teddy bear which is pretty cool and also enamal pins of different Valiant characters.

For me the number one thing are those Ninjak vs Variants.  Those just look too freaking cool!

Check it all out see the Valiant Voice Newsletter with images below: 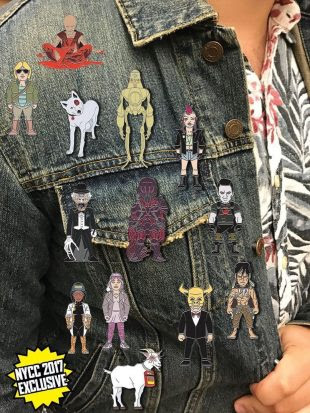 Next week, Valiant is poised to take the Big Apple by storm with an incredible line-up of con-exclusive collectibles and merchandise…available only at New York Comic Con 2017!


From Thursday, October 5th to Sunday, October 8, join the most acclaimed publisher in comics today inside New York City’s Jacob Javits Convention Center at booth#1635 for a comprehensive selection of explosive exclusive, must-have giveaways, action-packed apparel, mesmerizing merchandise, and award-winning comics and graphic novels that adds up to Valiant’s biggest slate of NYCC offerings ever attempted!

First: Visit Valiant for a complete selection of trade paperbacks and deluxe hardcovers from the largest independent superhero universe in comics today, with critically acclaimed and award-winning titles including BLOODSHOT REBORN, BRITANNIA, DIVINITY, FAITH, NINJAK, QUANTUM AND WOODY, X-O MANOWAR, and many more!

Check out Valiant’s complete selection of free giveaways, exclusives, apparel, and merchandise below…and be sure to visit Valiant at booth #1635 as soon as you arrive at NYCC 2017!

Stay tuned for more news and updates on Valiant’s NYCC 2017 panel and signing schedules this week. We’ll see you in the Big Apple! 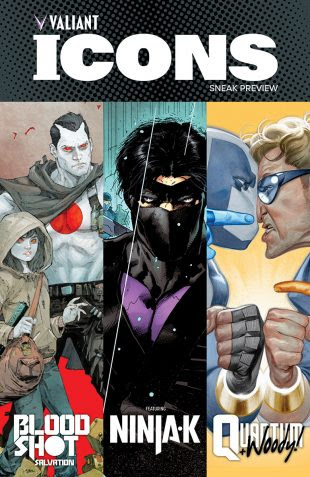 Look forward at Valiant’s most anticipated new series debuts of the fall – BLOODSHOT SALVATION #1, NINJA-K #1, and QUANTUM AND WOODY! (2017) #1 – with this advance, convention-only sneak preview featuring lettered previews of each Valiant ICONS title! 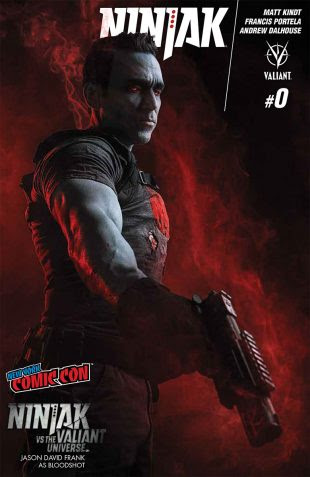 Available only during the Jason David Frank signing on Friday, October 6th at 6 pm ET. Limit one per attendee while supplies last. 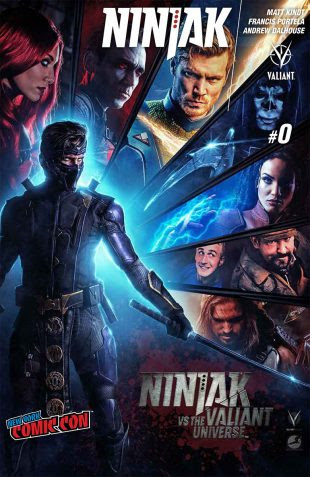 Available only during the NINJAK VS. THE VALIANT UNIVERSE cast signing on Saturday, October 7th at 12:15 pm ET at the Valiant booth (#1635)! Limit one per attendee while supplies last. 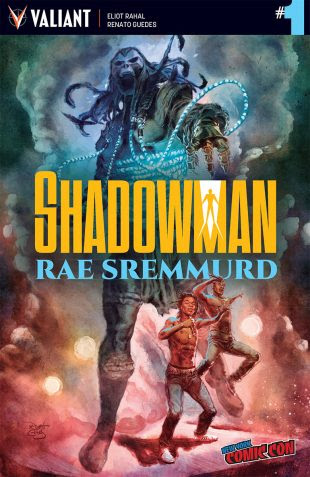 Available only during the Rae Sremmurd signing. Look for date and time information to be announced shortly. Limit one per attendee while supplies last. 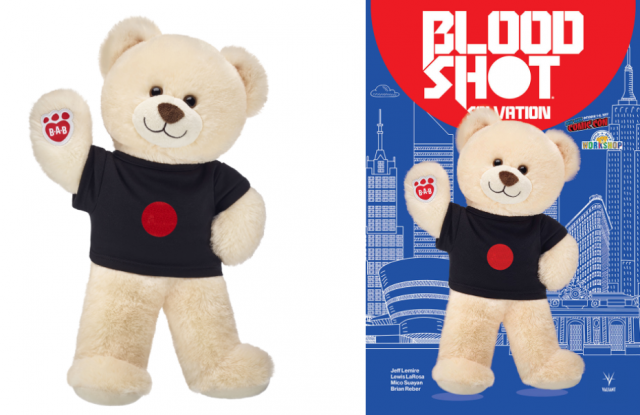 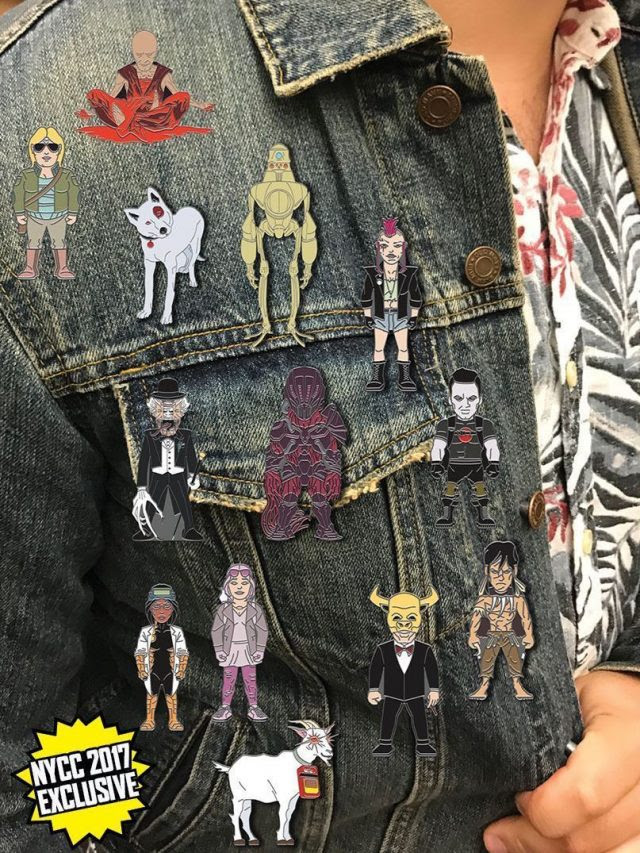 STRICTLY LIMITED TO 75 PIECES PER DESIGN!

(Can’t find the design you’re looking for? Valiant staff on site at booth #1635 will be wearing a small selection of pins and might be willing to trade!) 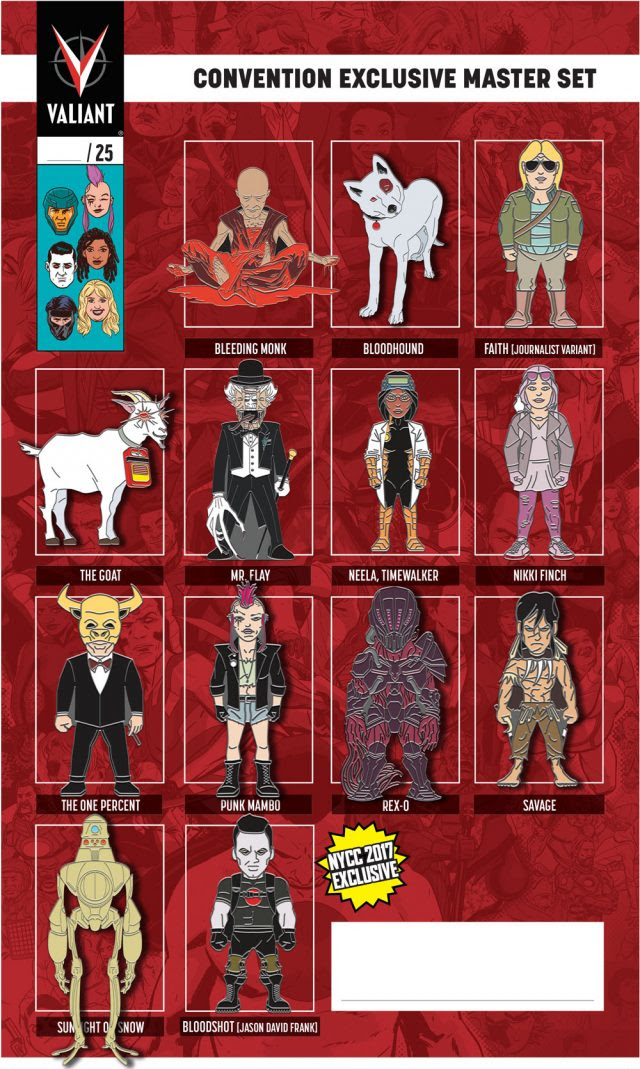 Limited to just 25 complete sets! Skip the blind bangs and grab all 13 of Valiant’s NYCC-exclusive designs in one go – packaged together on a limited-edition, exclusive backer card that can’t be found anywhere else! 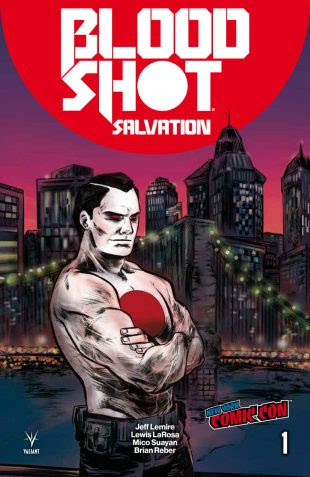 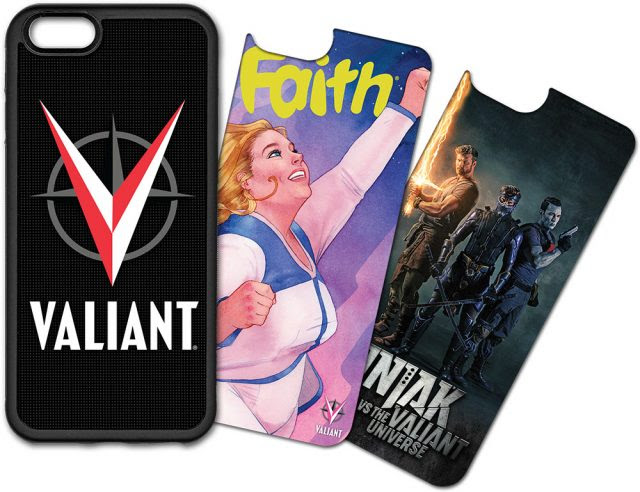 Your favorite mobile device joins the ranks of the Valiant Universe with these high-quality, protective rubberized phone cases – each of which comes complete three swappable, interchangeable background designs featuring FAITH, NINJAK VS. THE VALIANT UNIVERSE and the iconic Valiant logo! Available for iPhone 5/5S/SE/6/6S/6 Plus/7/7 Plus and Galaxy S7/S8 while supplies last. 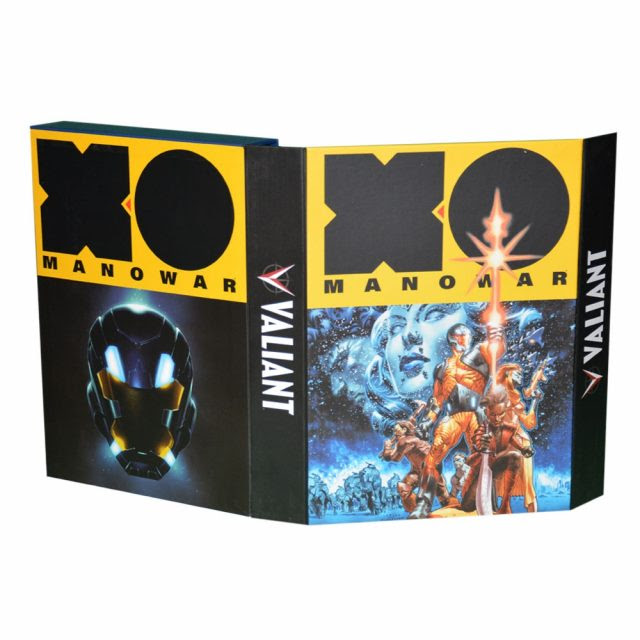 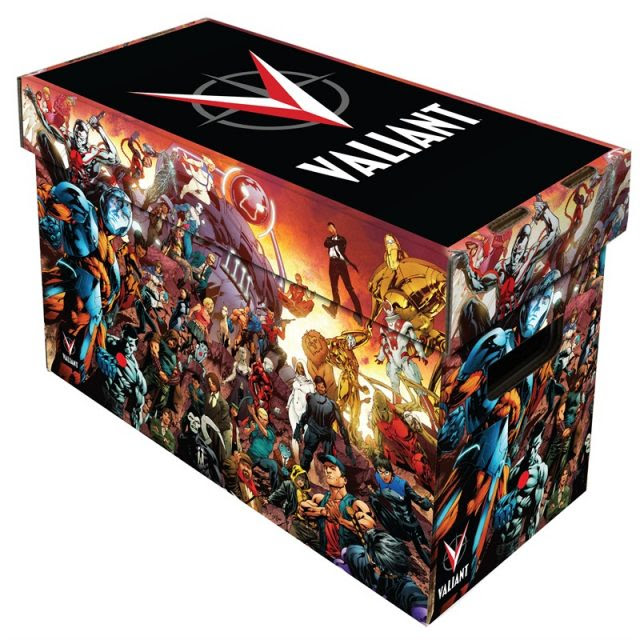 Valiant’s ever-popular, super-deformed plush dolls are back – and just as collectible as ever! Choose from Bloodshot, Faith, and X-O Manowar – or grab all three! 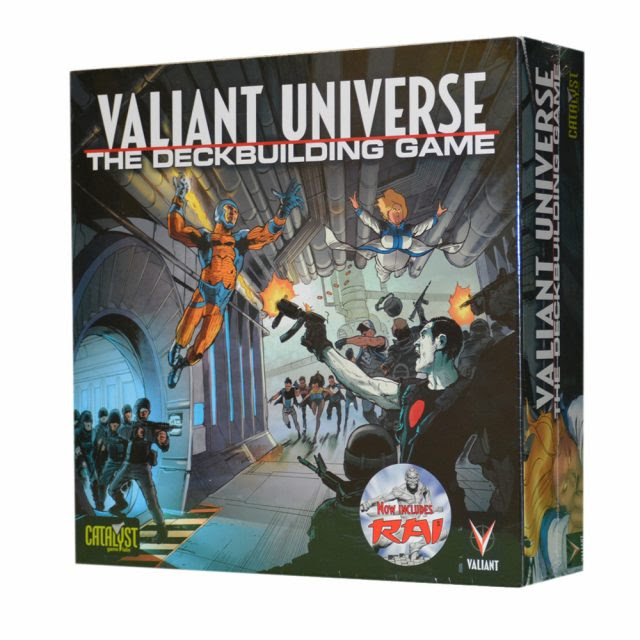 The heroes of the Valiant Universe are yours to command in this acclaimed and adrenaline fueled deck building game by Catalyst Game Labs! Includes superhero miniatures for the ultimate experience in Valiant-based gaming! 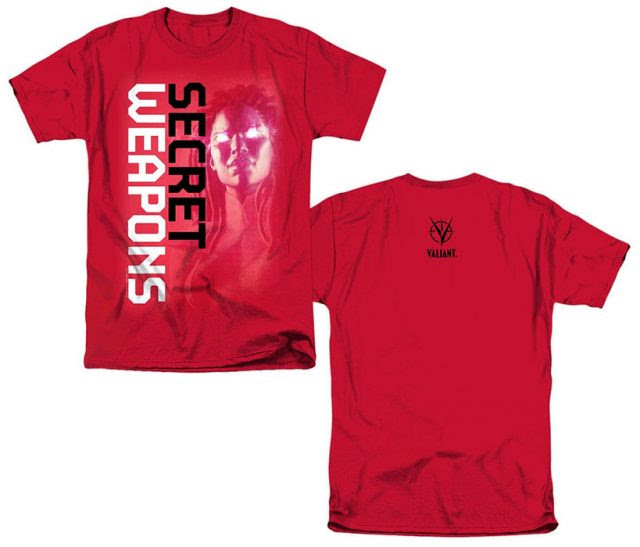 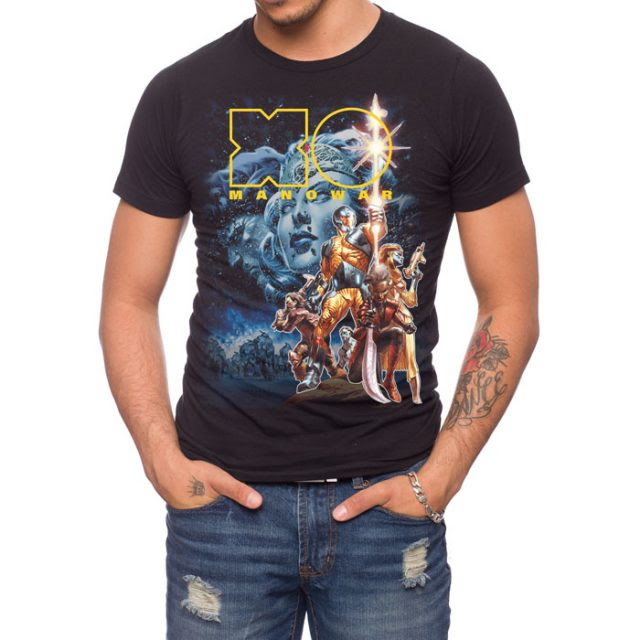 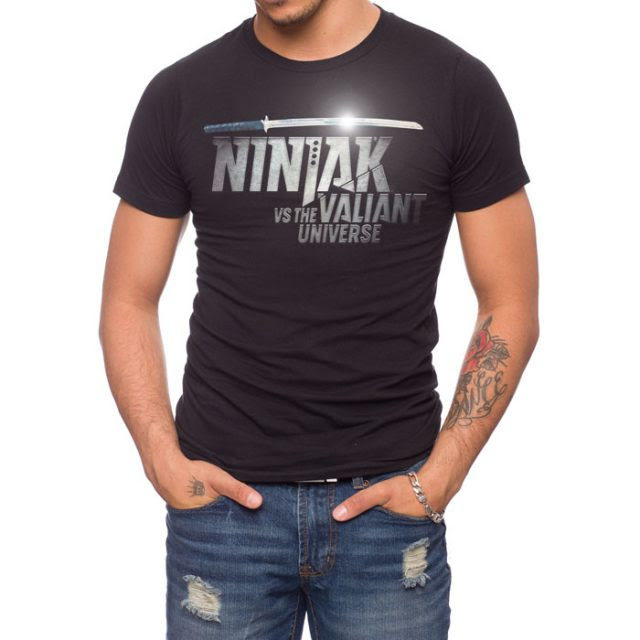 NINJAK VS. THE UNIVERSE “SWORD LOGO” T-SHIRT [$25 each]
Produced by Jack of All Trades 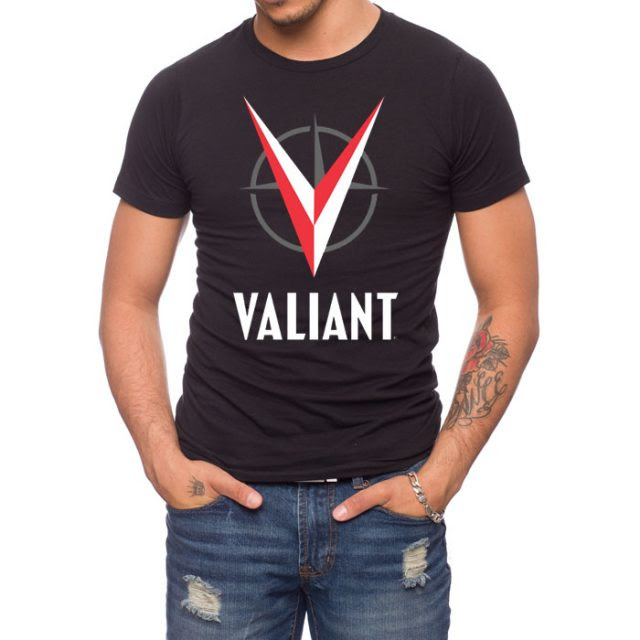 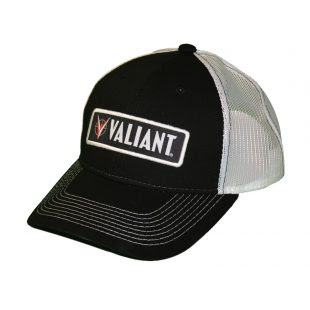 Represent Valiant everywhere you go with this durable mesh hat! 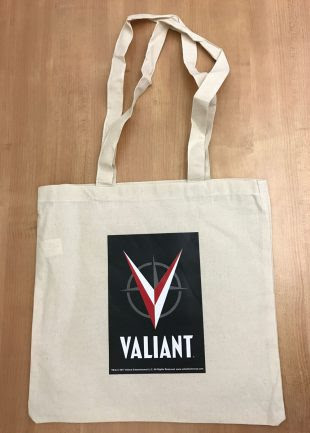 Made of a cotton and canvas blend, and perfectly sized to fit a Wednesday’s worth of comics, graphic novels, and more! 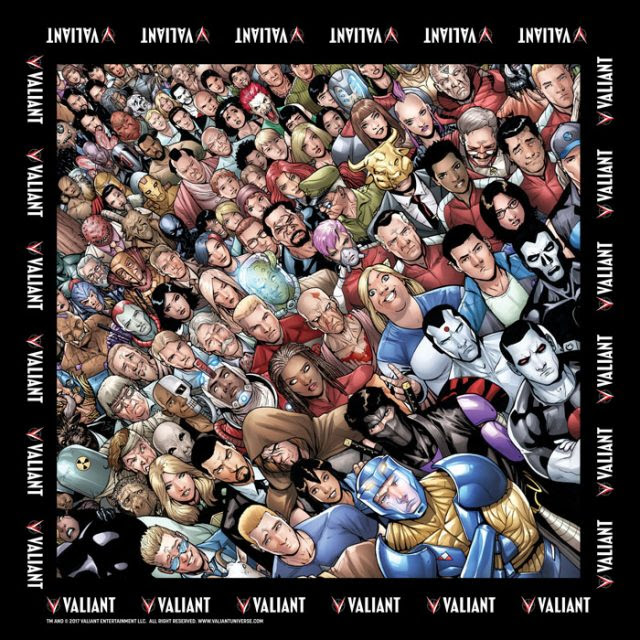 
Valiant Store:
Valiant comics old and new are all awesome I would check out the books below specifically. All posted using Toylab Amazon Affiliate status to highlight items directly from the online retailer.