Robotech is one of those weird franchises that I can't help but like based off some of its concepts.  Jet Mechs fighting aliens, Hot Shot Pilot in high technological space ships, weird aliens attacking Earth.  These things can't help but bring a smile to my face and it doesnt fail here.  Seeing that weird Jet Mech Hybrid transform with hot shot pilot Rick Hunter come on thats awesome.


Unfortunetly, much of Robotech #1 is spent introducing new readers to the characters and to some of the concepts.  While time is spent here I did not get the feel that comic offered up much exposition so some new readers may still be lost.  What is the giant Super Dimensional Fortress One they are trying to fly?  Who are the aliens attacking?  How did Earth get this technology? A lot of these items are not explained.  The characters are also not given much time to explain who they are, however this is helped by an intro panel that provides a brief character summary.  I imagine new readers will refer to this quite a bit.  To me though none of this is necessarily unexpected for Robotech fans.  This is a series that was effectively spliced together from multiple Japanese cartoons to create a single 85 episode franchise.  That splice was never perfect but those of us that loved flying robots battling aliens forgave the series for it. 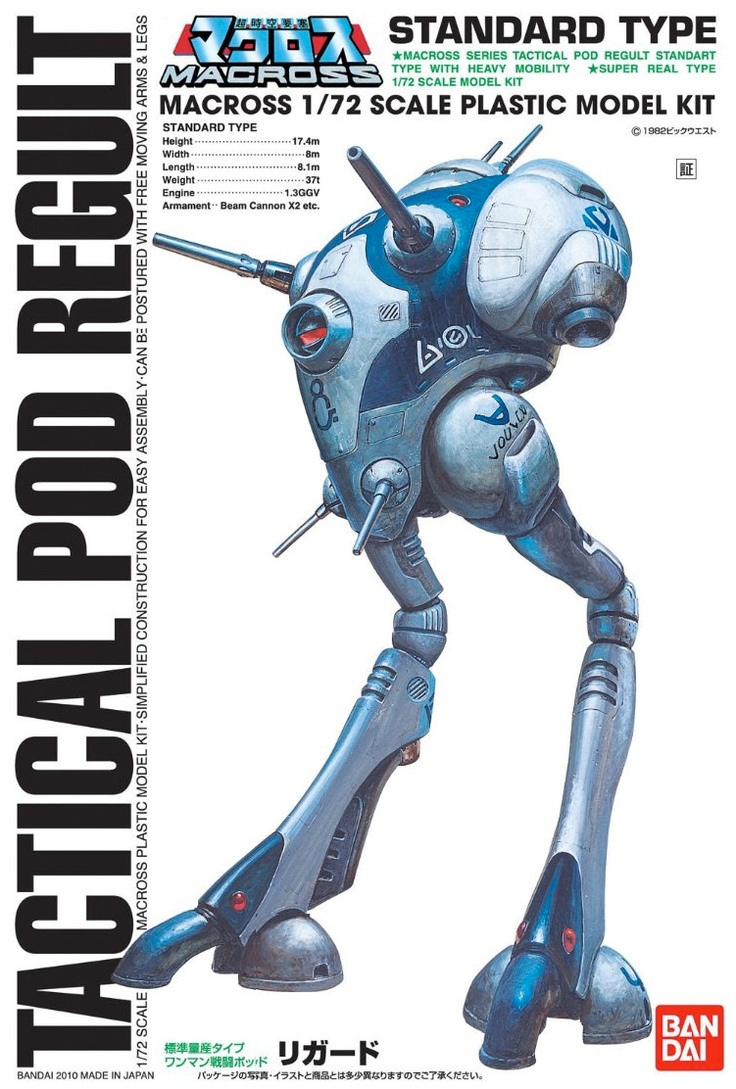 The villains of the series make their appearance in the alien Zendraedi. They attack the Macross Island just as Super Dimensional Fortress is preparing to launch.  However, they are at this point mysterious and not explained. The iconic Zendraedi Tactical Pod Regult ships and space craft make an appearance and fans of the series will immediatly recognize who they are.  New readers will once again be left in the dark but thats ok because the main characters don't know who they are yet either.

The artwork is crisp and bold like the cartoon series its based on.  I didn't see anything that awed me but all the panels did their job to the tell story.  All of the Robotech designs came across just as I thought they should.  I don't think the art will sell the series but it doesn't get in its way either.

Overall, I give Robotech #1 a 7 /10 I wanted more Mech vs alien action but the series is started, the old characters and ships are here and that is enough for now.  It also sets up #2 to start right in the thick of things.

Robotech Store:
Robotech products are pretty cool but pretty rare anymore.  If you want to find them I recommend looking on Amazon.  We have found and attached a quick set of Amazon Product links for your convenience:


Titan are excited to unveil Cover A from ROBOTECH - a brand-new series based off the legendary 80s animation by Harmony Gold - which was revealed at this weekend’s ComicsPRO event.

This brand new cover comes from the legendary Stanley “Artgerm” Lau!
First airing in the USA in 1985, Robotech captured audiences imaginations with its epic generational storylines involving war, romance, and, of course, the transforming Veritech fighters which defend the Earth against extra-terrestrial attacks. Produced by Harmony Gold USA, the original 85-episode series delved into humanity's struggle against a series of alien invasions, from the gigantic Zentraedi to the mysterious Invid, battling for control of advanced alien technology that crash-landed on Earth. Now, return to the Robotech Saga for all-new adventures!

Titan Comics Robotech series is set to debut in 2017.