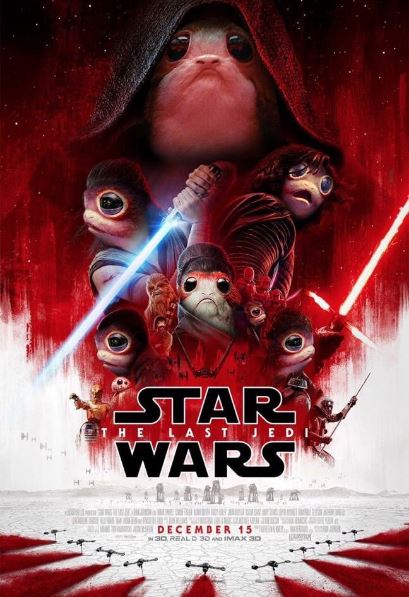 What are the Porgs in Star Wars:

Porgs are cute avian creatures that appear in the film Star Wars: The Last Jedi and in the Young Adult Novel "Chewie and the Porgs."  The Porgs are small avian creatures with large eyes that are based off of the real Puffins on the island Skillig Michael where the Last Jedi is filmed.  The Porgs have been made into a variety of toys and merchandise.  They have become very popular in part due to their extreme cuteness.

Appearances:  "Star Wars: The Last Jedi", "Chewie and the Porgs"

30 years after the battle of Endor Luke Skywalker went to the planet of Ahch-To where he lived largely in seculsion and apart from the events that were transpiring in the rest of the galaxy.  The planet Ahch-To is largely inhabited by Porgs and their chicks refered to as Porglets.

A Porg is shown to be in the cockpit of the Millenium Falcon.  Porgs are said to annoy Chewbaca.

It is unclear what part if any the Porg will play in the story of Last Jedi.  However, they have become popular in merchandising already.


The Porgs are one of the primary features of the Young Adult novel "Chewbacie and the Porgs".

Porg Store:
Porgs have already become one of the major hits of a Last Jedi.  Many people are snatching up Porg Funko figures and Porg plushy stuffed animals. While Porgs themselves are very cute the baby Porgs are decidedly less so.

One image of baby Porgs was released on the Japanese website Natalie.MU.  The image of the toy had fans comparing the babies to zombies or dehydrated.  No reason has yet to be supplied of what the baby Porgs look like in the film, its possible that the toy does not do them justice.


Star Wars what have you done? No way are these baby porgs. They look like they’re dying of dehydration! pic.twitter.com/q9RLMzh70Q
— Amie (@AimehhGoesRawr) November 9, 2017 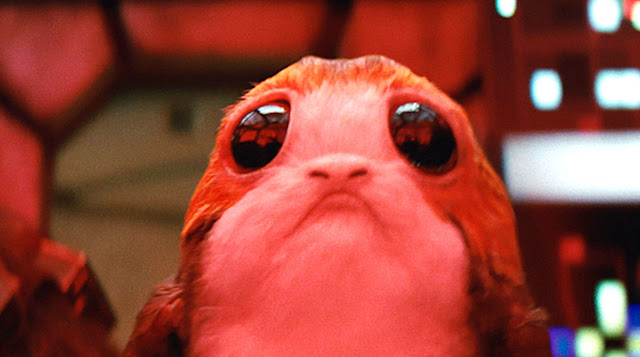 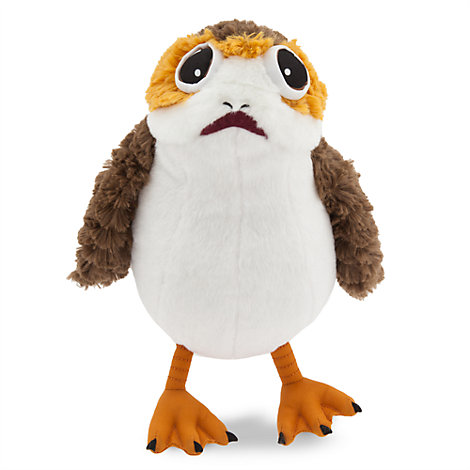