HBO seems to be moving forward with a Watchmen series.

Damon Lindelof has been working with HBO for the acclaimed series "The Leftovers".  That series has finished and now he said to be staying at HBO to develop a new series based off of Watchmen.  There is still not much known about this series.  Will it focus on the original Watchman or the newer series called Before Watchmen?  There is also new Watchmen material coming out from the stories coming from DC Rebirth.  There is a lot here to mine.  Many people think that the Film covered the Watchmen material but the reality is that it would be impossible film could not cover all of the detail in story.  Bottom line there is a lot of Watchmen material out there, and DC is producing more everyday.

My guess is that Alan Moore will still not approve of Watchmen being brought to Television.  His opinion has long been that Watchmen is a work of art specifically designed for the medium of a comicbook and anytime the story is taken out of that format it will lose something.  The problem is that fans want to see it in film/tv anyways and the company that controls the licenses wants to make money on it from said fans.  It really does not matter in his eyes how well a film/tv series is, or whether it is true to his story or not.  In his eyes it can not be Watchmen.  So bottom line don't expect Alan Moore to like this production anymore than he has liked previous ones.  I will also say having listen to Alan Moore to discuss this I wlll say that he is right.  You really can not get the same feeling out of Watchmen from TV that you get from the comic.  You really should read the comic if you haven't already.  I think where I disagree with him, is that for fans that have already experienced the comic it is fun to see it brought to the screen, even if it must be different.

While details remain scarce Damon sent out this picture of the "In Gratitude" Statue from Watchmen.  The statue was an important symbol used through out the original Watchman series.  It was a a statue presented to Nite Owl during his retirement ceremony.  The words in gratitude like much of the symbols in Watchmen are designed to be taken to two different ways.  The first was the literal message that "In Gratitude" was meant as it was given to Nite Owl.  The 2nd ways is ingratitude which is the hostile environment that the former heroes find themselves in the present day of the Watchmen comics.

I don't think I would read much more into the picture of the statue here other than simply that the Watchmen series is in development. 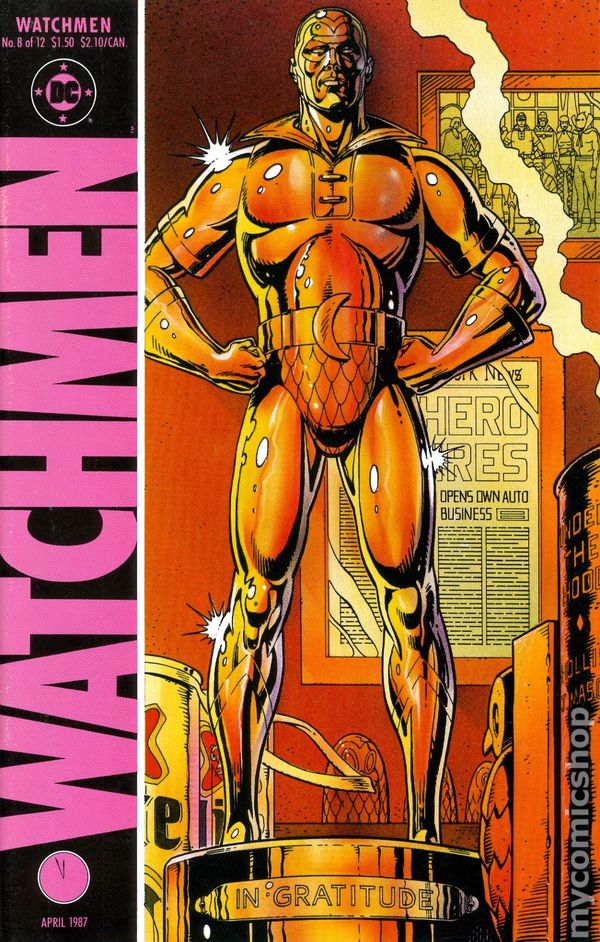 We will closely follow news on the series and add updates to this page as more is known.