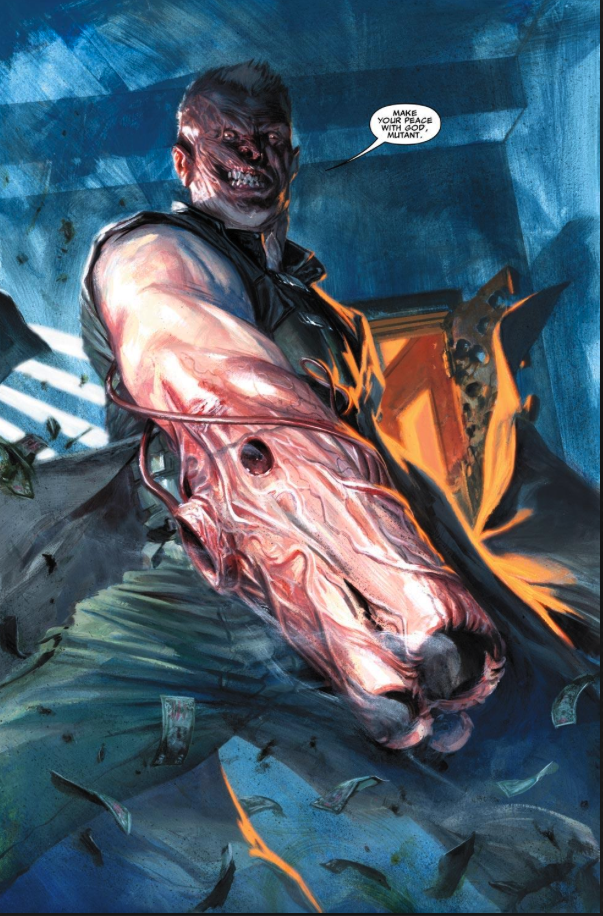 Bushwacker is a super powered assassin that has battled Punisher, Daredevil , Deathlok and Wolverine.  He has not yet appeared in MCU or in Film.  Bushwacker has appeared in the Punisher video games: The Punisher: No Mercy (Playstation 3), The Punisher (2005), and  in the The Punisher Arcade Game (1993).

Punisher Store:
Toylab is a member of the Amazon Affliliate program so you can find the coolest Punisher products and toys like those below: 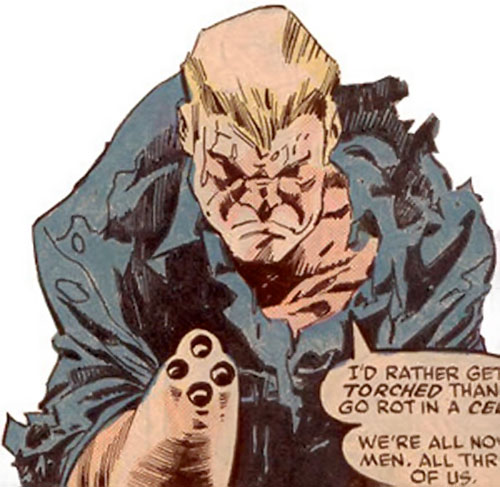 Carl Burbank is a disillusioned ex priest who deserted his vows after suffering through drug induced deaths of many of his young parishoners.  Feeling he was ineffective to change the world he joined the C.I.A. which experimented on him and him a cybernetic arm.   He worked for the C.I.A. as an asassin an agent bneath the codename of Bushwacker until he eventaully left to become a freelance mercenary.

One theory is that the CIA did not experiment on Bushwacker but that his powers are due to him being a mutant.  If this is true Bushwacker hid this fact, as he entered battle against many heroes due to his anti mutant attitudes.  He began hunting down and killing mutants both for himself and for contracts.  He was hunted down and stopped by Wolverine and Daredevil and in the process baddly burned his face.  Wolverine was hunting Bushwacker due to his anti-mutant killings and Daredevil had been hired to help Carl Burbank by his wife who was worried about him.

Bushwacker was among a group of villains brought together to bring down Daredevil by Typhoid Mary.  In the end this group is defeated by Daredevil.

Bushwacker was beaten by the Punisher and left for dead after taking a contract from the Kingpin.  Buschwacker's wife finally left him during this story causing him  even more emotional damage.

He was later hired by a drug kingpin Nick Lambert to kill reporter Ben Urich.  However after learning the about the drugs Bushwacker sided with Ben.  Bushwacker remains highly against drug lords after his early origins as a priest.  He allowed Ben's story to go to print exposing Nick Lambert.  He then hunted down Nick after he bribed himself out of jail and killed him.

A rogue Doombot by the name of Mechadoom began hunting down various cyborgs including Misty Knight and Bushwacker.  These cyborgs were all freed after the intervention of Deathlok.

After escaping from the Raft he was hired by the Jackal to kill Punisher but was defeated by Daredevil.  Bushwacker was used by GW Bridge in an incident to lure out the Punisher.  It worked but the trap failed to capture the Punisher and Bushwacker was placed back in jail.

He served the Hood's Criminal Syndicate in the events of Secret Invasion, Dark Reign and Seige.  He was seemingly killed by Wolverine after fighting against X-Force however he appeared to be alive in the story of Civil War II where he is encountered by Kingpin.  He seems to be currently living in San Francisco.

Bushwacker has special bionic arms and hands that can alter themselves quickly into various types of guns and even a flame thrower.  As a gun it can turn into mulitple guns or single large barrel weapons, it can act as a machine gun, or as a shot gun.  He has also been shown as being able to fire concusive blasts and turn the arm into a blade.

In order to load his arm guns Bushwacker must swallow the ammunition or fuel.
He is a highly trained assassin and martial combantant 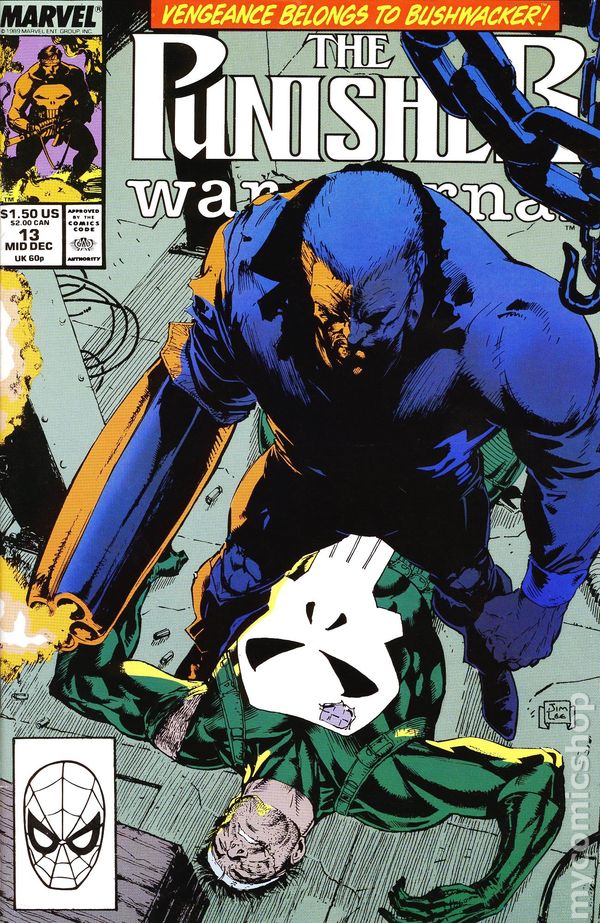 MCU:
Bushwacker has not yet appeared in film or in TV in the MCU.