Why does Cable carry a Teddy Bear? (Deadpool 2)

Why does Cable carry a Teddy Bear? Deadpool 2 Questions

Deadpool 2 has revealed its first pictures of actor Josh Brolin as Cable in the film.  Cable and Deadpool have had some long running and notable team ups in the past.  Cable was also teased to appear at the end of Deadpool. So his in the film is not much of a surprise.  What has surprised people is the fact that Cable is carrying a child's teddy bear.

Why is Cable carrying a Teddy Bear?  Cable is old, gruff, his metal arm looks burly, his giant gun looks like it could cut through a skyscraper so the Teddy Bear does not seem to fit.  The first thing you should know about Cable is that he does not mess around, he is highly efficient, everything he does is done for a reason.  He shows up and gets to work.  Everything item on his person has a purpose.  There is a good reason for that bear and it likely explains why he will be appearing in the film in the first place.

Cable is a time traveler for a war ravaged future and he has returned to past numerous times for various reasons but many of those times were for one simple reason and that reason can be summed in one word  - HOPE.


Don't believe it is a Teddy Bear?  How about a close up.

Cable Store:
Toylab is a member of the Amazon Affiliate program so we can bring you great deals directly from Amazon quickly like Snikt Snikt Snikt!!!!!

The word Hope also showed up in the Deadpool teaser.  It was scawled into a phone booth.  Niether the Teddy Bear nor the Grafitti are accidents.  Hope is very important to Deadpool 2 and likely to the entire Fox Mutant Universe.  Keep in mind Cable is important, when he shows up you need to pay attention this is a guy who can kill Apocalypse.  He has vast powers, future technology and the knowledge that only a time traveler could possess.

Hope though is not the metaphysical emotion in this case, Hope is a person.  Her name is Hope Summers she is a child.  Cable wants to find and protect her.  He carries the Teddy Bear as a gift to give her when he meets her.  Cable becomes Hopes adopted father and her ultimate protector. 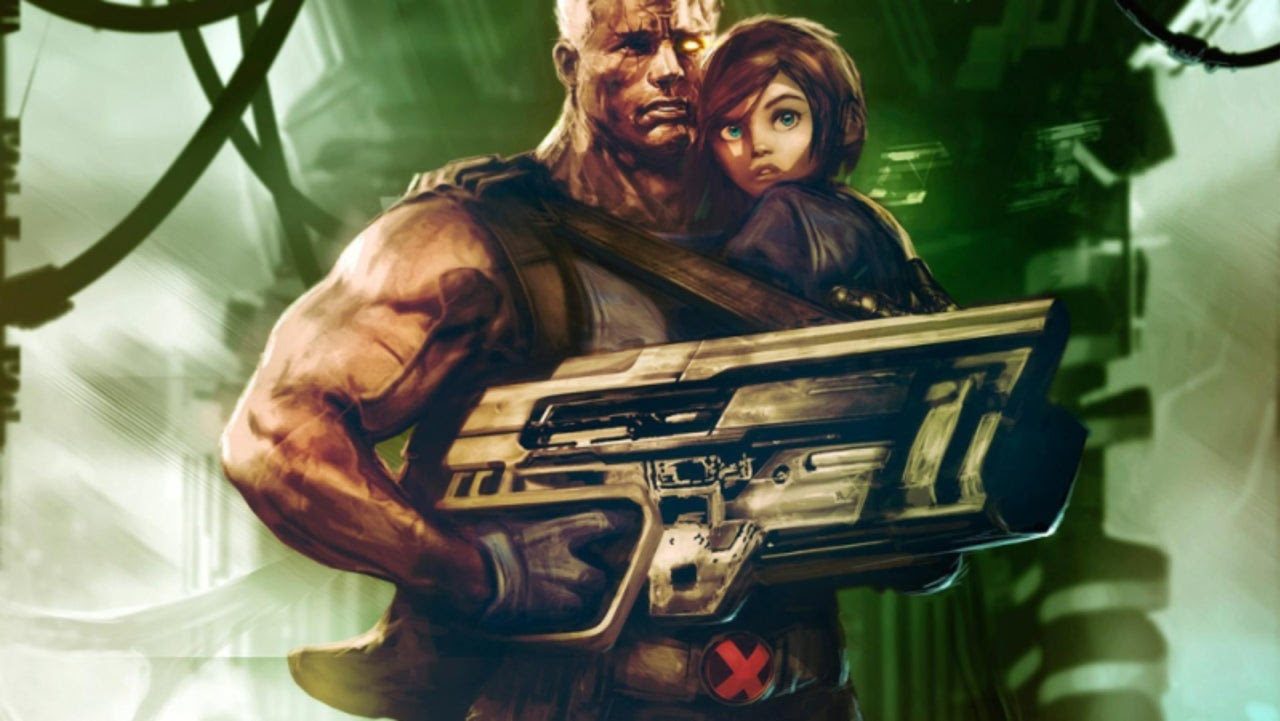 Hope Summers is a child that is born with seemingly all of the genetic capabilities of all mutants in her DNA.  Her birth causes Cerebro to blow up.  A variety of Time Travelers also mark existence as being very important.  Some see her as a Messiah and others as an AntiChrist like figure.

The Time Traveler Bishop sees Hope as an anti-Christ who causes a great war between humans and mutants.  He appears at the moment she is born to kill her.

The Purfiers a mutant hating group send the powerful Sentinel Nimrod to kill her seeing Hope as a great threat to their cause.

Stryfe and Minister Sinister also take an interest in Hope.  They wish to experiment and control her for their own purposes.

Cable appears when Hope is born but sees her entirely differently than the others.  To Cable, Hope is literally the only for mutants.  He acts to protect her from all those would kill or use her for other purposes.

Hope Summers is not the daughter of Cyclops / Jean Grey she is effectively adopted by Cable who gives her his last name of Summers.  This makes Jean Grey and Cyclops the adoptive grandparents of Hope.

While many powerful groups pursue Hope for various reasons she herself is an Omega level mutant with a vast array of mind boggling powers.  For one she has the power of mimicry enabling her to use the powers of any mutant near her.  She also has some natural psychic abilities.  She can pull in a variety of powers and use them all at once making into a highly powerful fighting force.  Hope is also one of the few beings selected as a host for the Phoenix force.  Hope also seems to stabilize X-Genes which leads to potentially more mutants.

One of the next Fox films is related to the Dark Phoenix saga it is possible that this film may tie into Deadpool 2 through the connection of Hope.