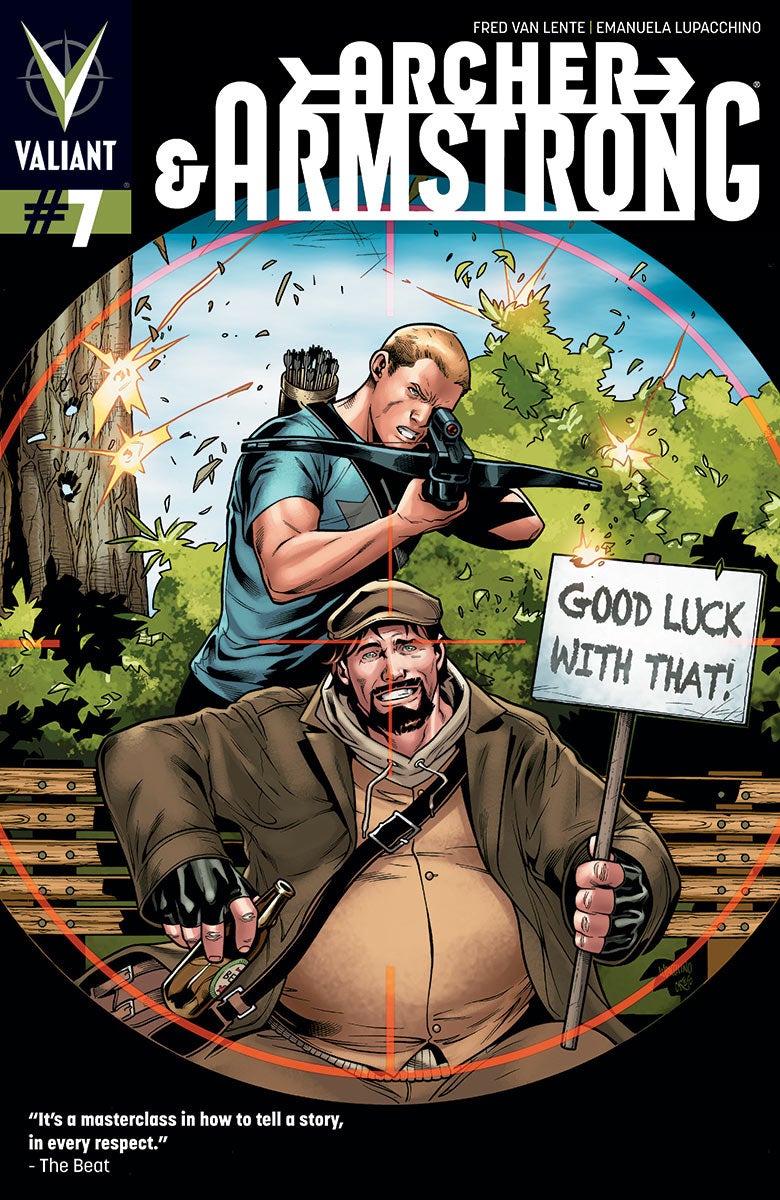 
Armstrong is a Valiant character that has been part of the Valiant universe in all of its iterations. Amrstrong will appear as a character in the Valiant webseries called Ninjak vs the Valiant Universe where Armstrong is played by actor Kevin Porter.  In addition there is a planned feature film by Sony called Archer and Armstrong being written by Terry Rossio and directed by Ruben Fleischer. 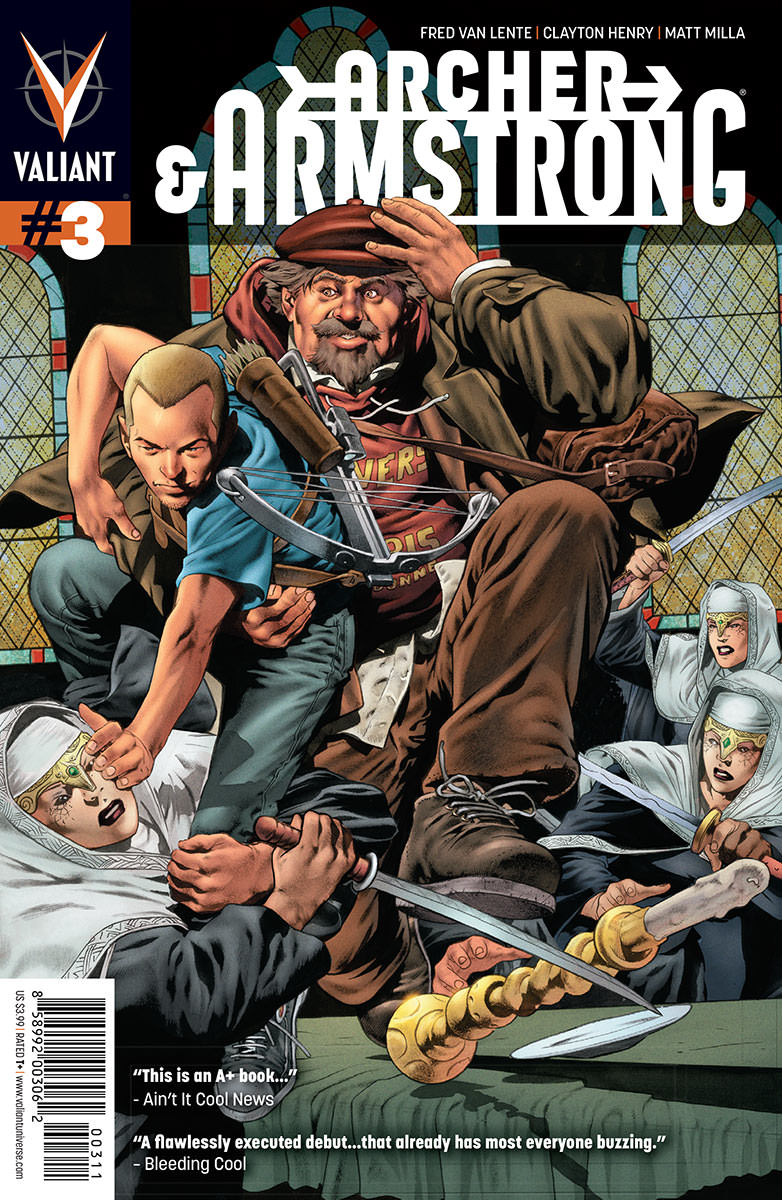 There are two primary iterations of the character Armstrong one from 1992 and one from the relaunch in 2012. In both versions of the character he is an ancient Immortal around the age of 10,000. The original version of the character carried around a magic satchel that stored a huge variety of ancient artifacts he had accumalated over the centuries. The satchel gave others who held it the ability to command others. Their voice would become highly persuasive and others would be forced to follow them. However, for what ever reason the power was never bestowed upon Armstrong. Armstrong suffered a great deal of tragic events and spent much of his 1000s years of life in a drunk stupor and many of the magnificent items in his satchel he did not recall acquiring. These items included items such as the holy grail.  In both iterations Armstrong is related to his two immortal brothers Gilad (Immortal Warrior) and Ivar (Time Walker). In the original series his immortality was not explained.  Also in both series Armstrong teams up with Archer.

The 2012 version of the character Armstrong is the middle brother of Anni-Pada and has devoted himself entirely to womanizing, getting drunk, adventuring and getting into trouble.  Due to the mayhem he has caused he has highlighted by a number of the world's religious cults as a likely demon.  One powerful cult called the 1% calls him "He who is not to be named" effectively the devil.  This cult wants to kill him.
The 1% sends its best assassin after Armstrong a man named Archer.  Archer finds that the cult has been lying to him and instead joins Armstrong in an adventure that sees the pair destroying a number of cults and who ever else gets in their way.

Amrstrong will appear as a character in the Valiant webseries called Ninjak vs the Valiant Universe where Armstrong is played by actor Kevin Porter.
Kevin also played Batman in another  Bat in the Sun production.


Like Armstrong? What about the other Valiant Characters?  Check out the links below for more Valiant.

Email ThisBlogThis!Share to TwitterShare to FacebookShare to Pinterest
Labels: #Valiant, What #Valiant character would eat the most at #Thanksgiving? I think the answer is easily #Armstrong