The Bad Batmen of DC's Metal

What is Batman afraid of?  What is the boogeyman beneath his bed?

No you didn't?  So what am I the only one who is afraid of Clayface?  Sheesh what is wrong with you people. Clayface is.... alright alright.  Nevermind.

Scott Snyder teased some of the themes explored in the dark Batmen when he addressed the crowd at Boston Comic Con:

“The first wave of the invasion with the evil Batmen will explore things like, 'What if Batman went too far and killed the Joker?' Or 'What if he went too far and tried to get speed powers?' It’s super bonkers, and it’s a thank you to you, it’s supposed to be like, ‘life is stressful, you know?’ This is meant to be personal. When you see Batman fighting dinosaur or a robot, we want it to be a thank you to you guys. You are all officially in the band, we love you. We couldn’t thank you guys enough, we’ve had a genuine blast making it, and go Red Sox!”


Now Bruce must face off against these dark versions of himself, that all have been upgraded with various powers.

These Batman all have special names and will each get their own comic explaining who they are and why they turned out the way they did.

The Devastor Batman looks like a version of Batman that has some gained the powers of the dreaded Superman foe Doomsday.

BATMAN: THE DEVASTATOR #1Written by FRANK TIERIArt by TONY S. DANIELCover by JASON FABOKAs the events of DARK NIGHTS: METAL rock the DC Universe, the creatures of the Dark Multiverse stand ready to invade our world! How can the World’s Greatest Heroes stop a horde of deadly beings that appear to be powerful nightmare versions of familiar figures? Find out in these special tie-in issues!ONE-SHOT • On sale NOVEMBER 1 • 32 pg, FC, $3.99 US • FOIL-STAMPED COVER • RATED T+

Batman: The Murder Machine #1.
I think this will be cyborg version of Batman He is much more like a monster, than he is like any Green Lantern you have seen.  He will ruthlessly attack his foes with Lantern Tendril and monster hands ripping his opponents apart until they are nothing.

How this Bruce Wayne come into existence?  A Preview I have seen shows that this Bruce Wayne hunts down the killer of his parents right after they are murdered.  His courage at facing his parents attackers earns him the Lantern Ring.  However he uses the power to uttlerly and merciless destroy his parents killers.  He then become drunk on this power and continues to eliminate everything that stands in his way.  He is kind of a Sinestro on steroids. 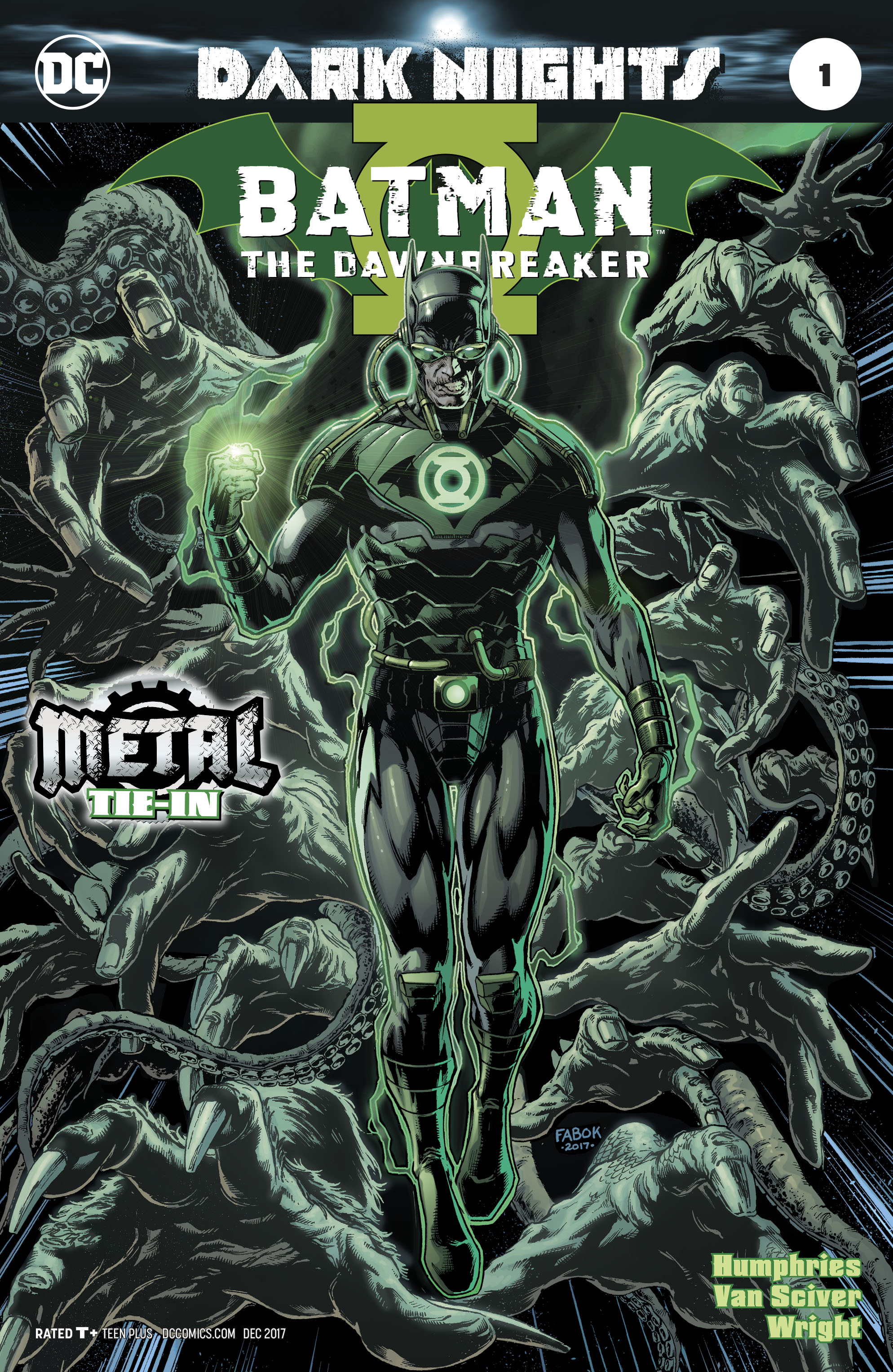 If you look at the picture of them up above you can see a Batman with Green Lantern's power, with Super Man's powers and Aquaman's powers.  Effectively these bad Batmen have the full powers of the Justice Leage at their disposal.

The series looks like it takes a darker turn from the previous Rebirth titles.

All of the titles look pretty cool.  I may have to get all of them.

Another interesting Batman is the one called "The Batman Who Laughs"  this would seem to be a Batman that became the Joker.   There is a lot of interesting lore built up and teased on the connection between the Joker and Batman.  This may help explain that myth or add to it even more.