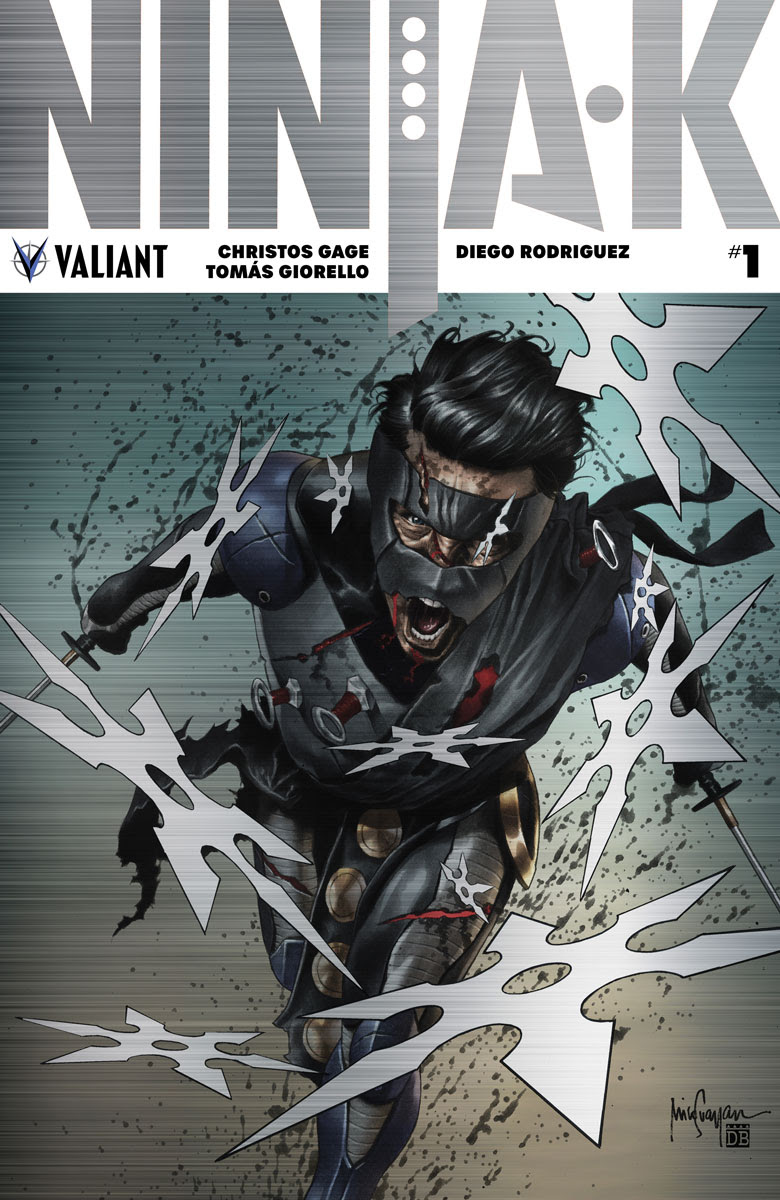 I really like where Valiant is going with the new Ninjak series.  Instead of a single hero/agent he is actually part of a long running British program using Ninja agents.  Ninja-A was the first one who was the Queen's top agent in WW-1.  There is also a Ninja-Q who fought during the Cold War and of course their is Ninja-K, Colin King battling for Britain in the modern era.  Ninja-K is going to explore this history and the different Ninja operatives that lived in each one.

One other really cool thing to watch for is that there will be a Brushed Metal cover variant that is limited to 1 issue per store that qualifies for it.  This is going to be an ultra-rare comic and very cool.

...Valiant is proud to present your first look inside NINJA-K #1 – the 40-PAGE FIRST ISSUE of the next EXPLOSIVE ONGOING SERIES from Valiant’s “ICONS” initiative! In the wake of blockbuster debuts including X-O MANOWAR (2017) #1, SECRET WEAPONS #1, and BLOODSHOTSALVATION #1, the Valiant Universe’s deadliest international operator returns to the shadow-draped world of Britain’s secret service…only to find himself in the crosshairs of a plot with tendrils stretching back decades to the formation of the Ninja Programme itself!

On November 15th, renowned writer Christos Gage (Netflix’s Daredevil) and Valiant’s latest superstar artist, Tomas Giorello (X-O MANOWAR), present a stunningly precise jumping-on point revealing the classified history of the black-budget spy network that trained Colin King and his predecessors…and leading Ninjak on a manhunt through a cold, calculating world of espionage and international intrigue in search of a killer targeting all ninja agents – past and present!

For nearly a century, MI-6, the most elite branch of Britain’s clandestine intelligence service, has honed a ruthlessly effective, top-secret division – THE NINJA PROGRAMME – into one of its nation’s most finely wielded weapons. Tasked as the first and last line of defense for queen and country, this small shadow army of agents and assassins has produced a succession of notable assets, including NINJA-A, the Queen’s silent weapon of World War I; NINJA-E, the globe-trotting secret agent that pulled the Cold War back from the brink of Armageddon; and, most recently, NINJA-K, aka Colin King, a brash but fearless instrument of lethality that has saved the world from madmen and terror at every turn. But now… an unknown enemy is hunting and killing members of THE NINJA PROGRAMME one by one – and NINJAK is next on the list.

“I had a blast combining real world history, pop culture, and imagination,” writer Christos Gage told IGN. “Each new design the great Tomas Giorello sends in is better than the last. For each character, I tried to give him a basic concept and some ideas, but also leave him plenty of room to use his imagination and just cut loose. And he’s been delivering in spades.”

On November 15th, Colin King accepts a new mission from high-octane storytellers Christos Gage and Tomas Giorello – and joins the rest of the Valiant “ICONS” line-up at the forefront of the Valiant Universe – for an all-new monthly series! The stakes have never been higher as Colin King dives swords-first into the mystery at the heart of MI-6’s dark legacy, only in NINJA-K #1 – featuring covers by Trevor Hairsine (DIVINITY), rising starLucas Troya, Tonci Zonjic (Who is Jake Ellis?), Kenneth Rocafort (The Ultimates), and David Mack (Kabuki)!

The next great Valiant “ICONS” launch of the year starts here on November 20th in NINJA-K #1 – a high-stakes fight for survival for Valiant’s master assassin! Across 2017, look for WAR MOTHER, ETERNITY, BLOODSHOT SALVATION, QUANTUM AND WOODY!, and more to join the ICONS line-up with major new series as the largest independent superhero universe in comics gears up for a major leap forward. 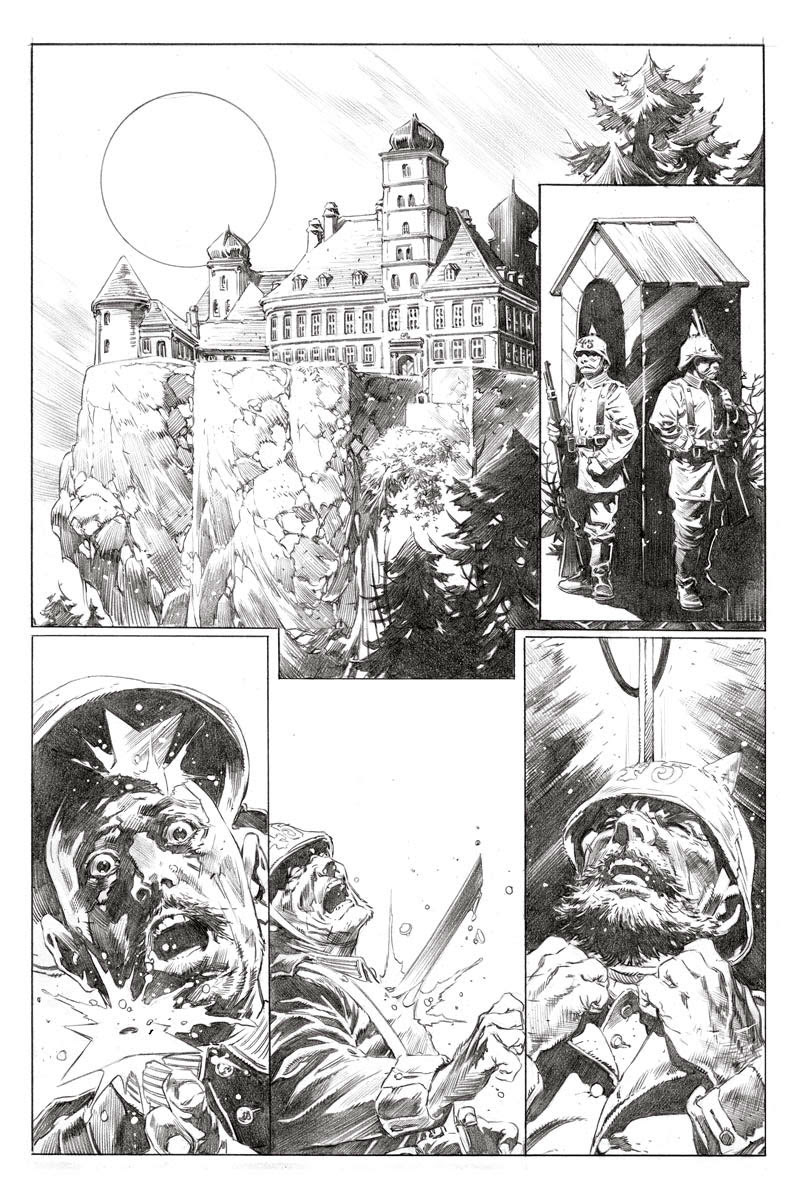 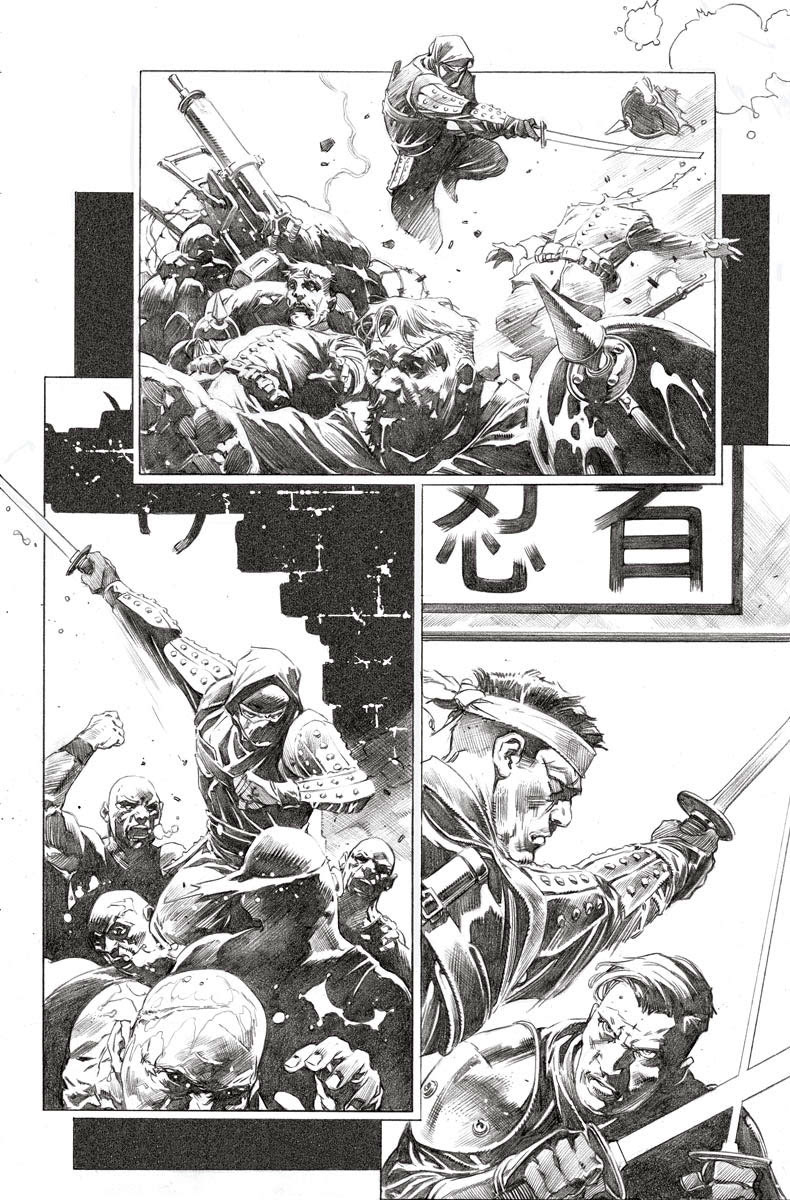 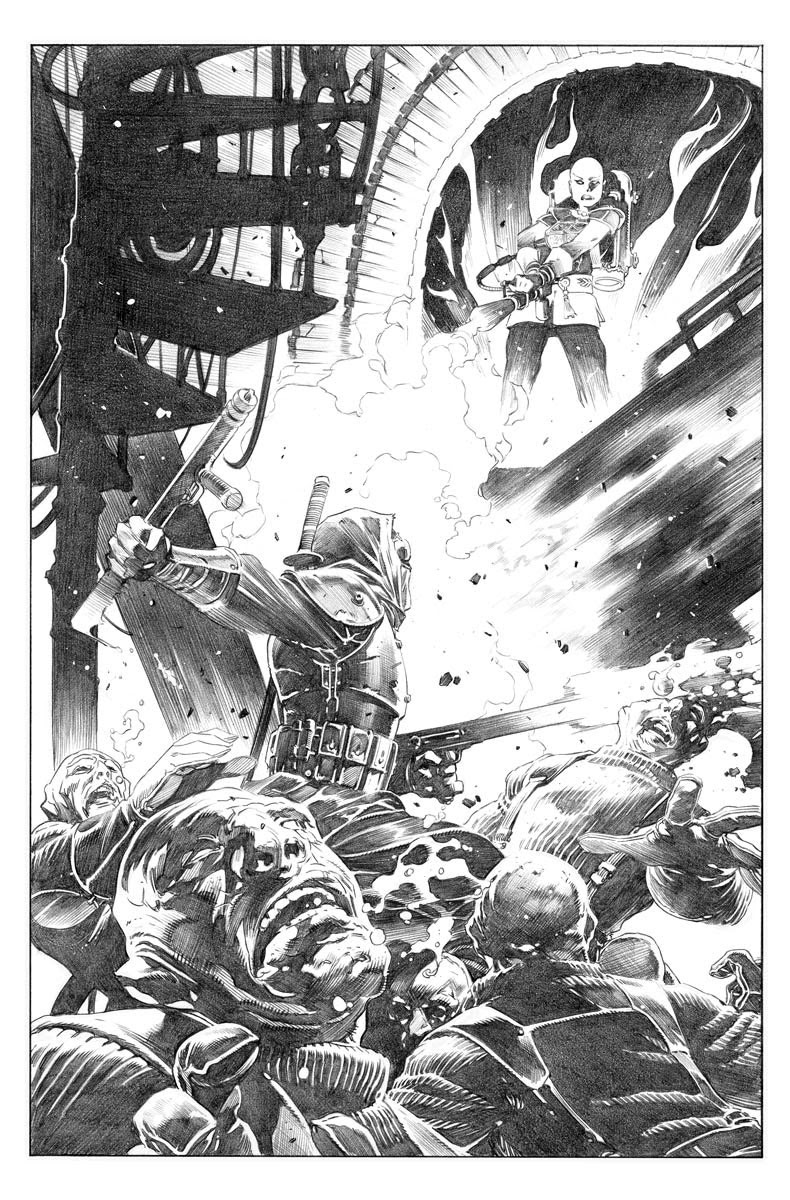 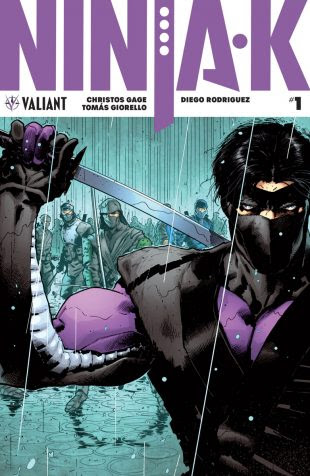 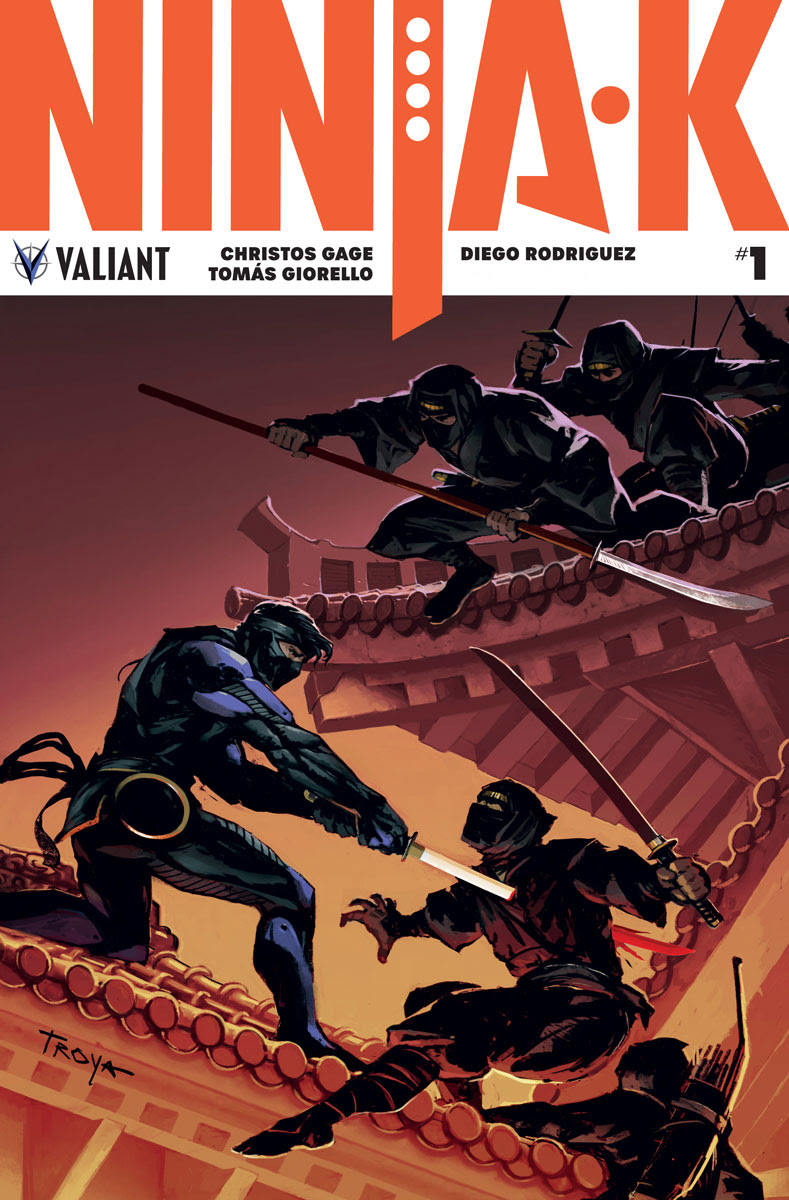 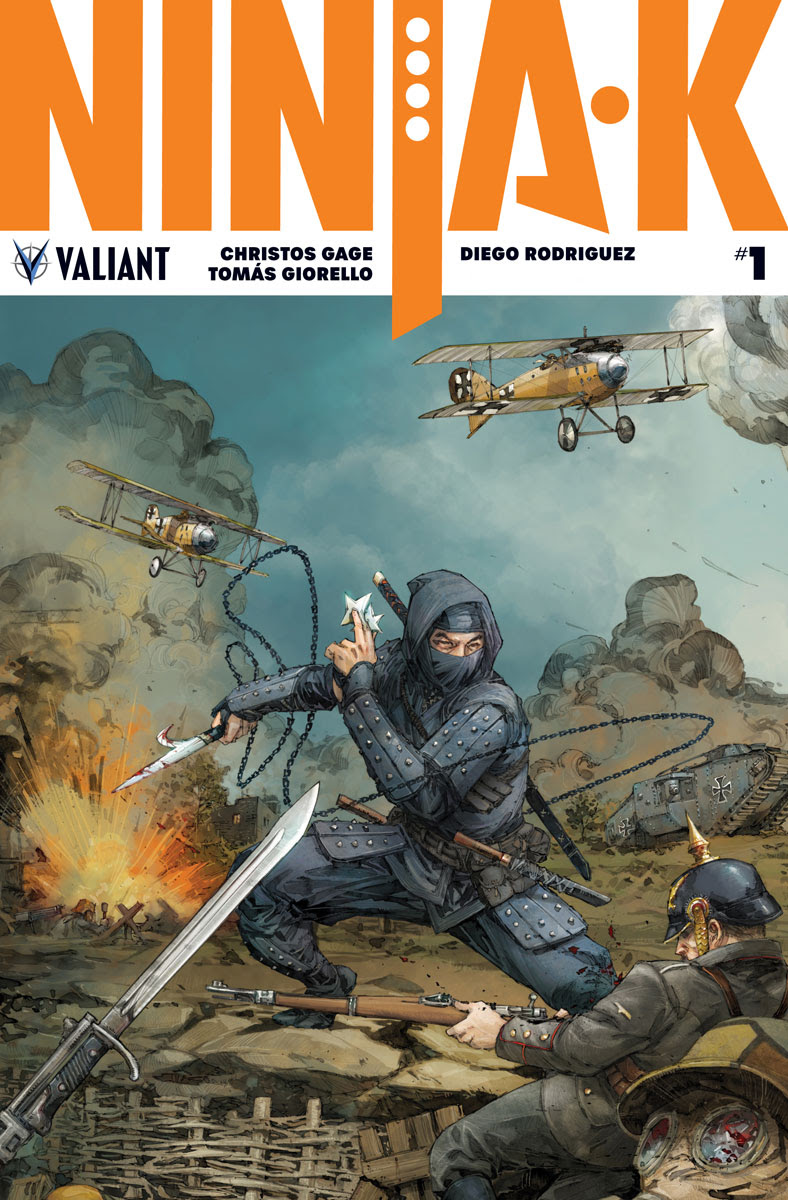 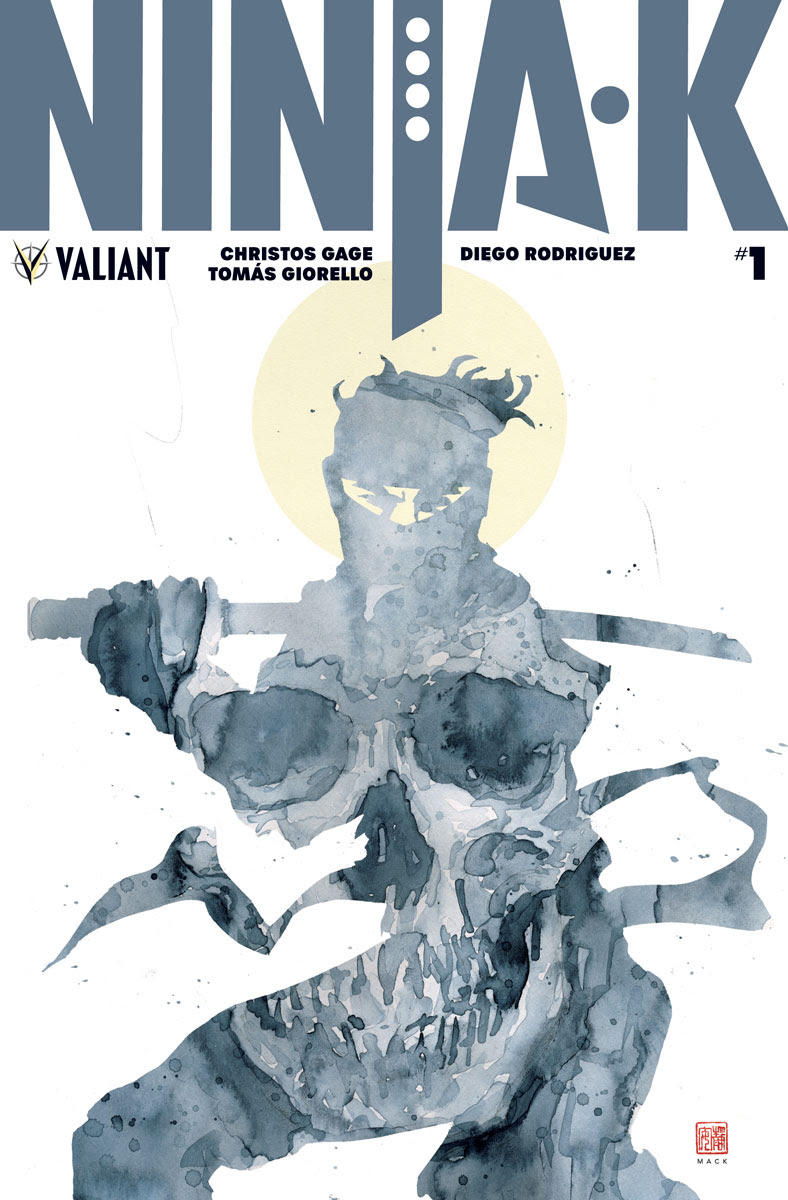