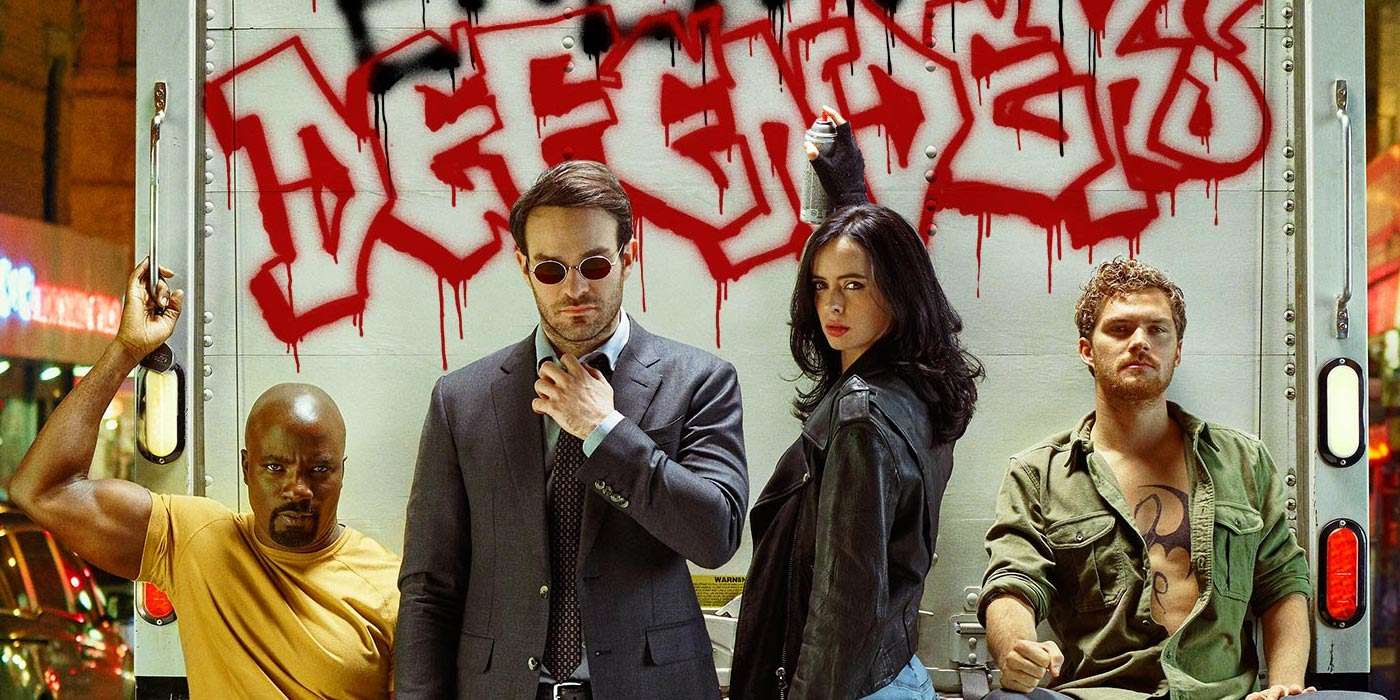 The Defenders Netflix Show is finally here. It has one major problem, or a hundred little ones but really all the problems of the show boil down to this. It can live up to hype. It is a good show, but this show had so much hype and in the end it can't live up to all of it. As I sit here trying to grade it I have gone as low as 6/10 and as high as 8/10. I like the show enough to rewatch it, but it did not live up to my expectations.

Spoiler Warning Note:  I tried to keep this review Spoiler free but there are things you can undoubtedly glean from my comments.


Lets face the fact, this show has recieved more hype than nearly any show in TV history. The Defenders is the culmination of 5 seasons of super hero programs that have appeared on Netflix.  Each of the previous shows kept the main heroes of the Defenders apart. The promise of Defenders was to finally see the show these heroes and characters together. The seasons that came before include:

The events in Defenders had some ties with all of these seasons with many of the characters introduced in each of those seasons appearing here in this show.  The Defenders is thus an 8 episode version of the  Avengers.  Only its not as good as the Avengers.

My review,  I can't help but feel to be let down by various parts of this show. That said it is good. In my opinion, none of the Defenders Saga shows have managed to match the greatness that was Daredevil Season 1. They have all tried but failed to live up to what that show started. Jessica Jones did receive many awards and it was good. It just was not Daredevil season 1 good. Luke Cage had a great first half, but faltered. Daredevil 2 had amazing action and was my next favorite but it still suffered moments from a biazzre plot. Iron Fist received a lot of hate though it was mostly just another good show that failed to live up the greatness that was Daredevil.

Part of the problem with the Defenders Saga is the long drawn build up of the villains in the Hand. In Defenders we finally get to meet the top 5 members of the Hand and learn more about who they are. This is where Sigourney Weaver's villainous Alexandra comes in. Alexandra is one of the 5 original members of the Hand and currently in charge of the whole operation. There was a great deal of speculation as to whether she could be more than just a Hand member. Could she be related to the Beast Demon that in the comics founded the Hand? Some even speculated she could be the Devil himself in Marvel's Demonic Mephisto. Sigourney Weaver did an excellent job of making her villain seem human and show her characters true motivations. The build up of her character was more thoughtful than it is for many Marvel villains but the build up did not go anywhere. Your left with asking yourself what was the point of her character at all. In the end, her character had depth and motivation but she really wasnt a big bad. She ended up lacking the comic book big bad quality of making heroes fear her. She was no Wilson Fisk and you can't help but wonder how it may have changed if the Kingpin had been written in as the series big Bad. The final battles in the series involve the Defenders battling the Hand but this felt like a rehash of the events in Iron Fist and Daredevil 2. The only real difference between Daredevil 2 and Defenders is that Matt has super powered helpers and its the villains who are on their heels. That is what you can say about the Defenders, its not bad, but you feel like you have seen it before. The Hand once dragged out from the shadows makes for an underwhelming opponent.

The show is also full of each hero's side characters and other than Stick, and Colleen Wing. Karen, Foggy, Hogarth, Trish Walker, the neighbor guy of Jessica, Misty, and Colleen are all here. For the most part though they have nothing to do but hide in a police station. The ever present Claire Temple was here as well though for the most part she was reduced to a bystander as well. I do think there was a missed opportunity with Claire as she could have been used to streamline the meeting of these heroes much sooner. Why not have her stumble into the Hand again (Shes stumbled into them 4 or 5 times now already?) and bring in her super friends. She knows all of these guys already. That type of story could have reduced the first 3-4 episodes into 5 minutes. I always thought Claire would have been leveraged in this way and instead she is mostly just another non super powered person who happens to know them.  In the end Claire like many of the characters in this show are adrift without purpose.

There are a variety of ways the show could have gone, and scenarios that could have been more interesting. The show instead could not help but feel that it was being stretched out to create 8 episodes of material. As a comic fan aware of the material lurking beneath these characters it is hard to understand why, instead of stretching why not just add in awesome. There are so many things that could show up in this show that would blow people away. But its not here.

That said the characters themselves are great. Seeing their interactions is wonderful and this part of the series really did live up to the hype.  Both Daredevil and Jessica are written very well and their lines sound natural to both characters.  The interactions of the group though still falter.   One weakness in the groups interactions is that Iron Fist is still being used as the angry guy and that to me makes no sense. Why is the monk the hot head in the group? Cage by contrast is written as a calm, bullet proof humanitarian. However, I miss the real Cage the one that is a capitalistic street hustler who is out for money, is hot headed, and doesn’t have time for anyone. Here Cade is more noble and way more dull. Danny by contrast as the hot head seems schizophrenic he is calm and meditative one moment and flying off the handle the next. It is like the Defenders tried to flip the personalities of the characters and it did a disservice to both of them. They both lost part of their narrative and purpose by writing them in this way. Both Jessica and Daredevil continue to be the best written characters of the show.

The fight scenes in the show were mostly good. Seeing the moments where they do fight together are fun. Part of the fun of a super hero team up is to see how a group of super powered heroes can use their powers in a combination to work together. There were a few moments like these added in though I felt here again they could have added more.

In the end, for all my beefs with the show it was good, it was entertaining, and I enjoyed it.   Mission accomplished in all of those ways.  Its just when judged against what could have been that the show begins to fail.

What did you think of the Defenders?  Let me know in the comments below!