Defenders Review by Sir Kent! Coming at you like...Whamo

Kent is a guest blogger at Toylab who specializes in film.  He Gives the Defenders a descent score of 7/10.  You can follow Kent on Google+ and Twitter.

If for whatever reason you have YET to watch the Netflix/Marvel DEFENDER’s series, you REALLY don’t want to read this review!

Now that we have gotten all of that out of the way, SUP fellow geeks? It's been a minute, aint it? With this review, I decided that writing a review that was spoiler free is just too fuckin’ hard! So I said “F'BEEP YO’ COUCH, EDDIE MURPHY!” gave everybody fair warning and will write it the way I want to. So, shall we begin?


There was at least one YouTube reviewer who confessed that he didn't watch all of the series leading up to this. I ain't gonna say no names but, he's kind of a big deal and for me personally, that's kinda doing your fans a disservice. This is also the same guy who confessed during his review of GHOST IN THE SHELL that he neither saw nor owned the original! WHAT THE ENTIRE F'BEEP?!?! How can you give a review without knowing the source material???

Had that on my chest so now, let's get into it. This was no WONDER WOMAN. This was no BATMAN v. SUPERMAN. At times it kinda looked more like SUICIDE SQUAD. Did it have issues?  YES! Did it drag in places? YES! But overall, I can HIGHLY recommend this ESPECIALLY if you have watched all the other series (Painfully that IRON FIST one too) in anticipation of this one. Right off the bat, however, it is going to lose a point..


Defenders Store:
Toylab is happy to be a member of the Amazon Affiliate program so we can bring you these amazing deals directly form Amazon.  You can also find Defenders toys and merchandise at Walmart, Target, Walgreens, CVS, and Toys R Us.


The opening fight scene was painful to watch because of the way it was shot and choreographed. We all know I'm a HUGE action fan I am and this director used the oldest trick in the book to mask his actors inabilities. Using a combination of WAY too much slow-mo, darkness and a shitload of cuts, the opening fight scene between EleKtra (Elodie Yung) and Bo was just disappointing. Plus, I don't care how dependant this Iron Fist/Danny Rand (Finn Jones) is on using the iron fist. It is supposed to be a weapon of last resort. You skills in ALL martial arts should be enough to get you through nearly any situation.


He uses it like a wifi signal! Also, you mean to tell me that “The Immortal Iron Fist” can't go toe-to-toe with Elektra even if she IS THE Black Sky now but Daredevil (Charlie Cox) CAN?!?! PLUS, in the comics, Iron Fist has used his hand to knock out fuckin’ Colossus of the X-Men and has downed a SHIELD Helicarrier with ONE PUNCH! You mean to tell me that taking a hit to her chest, Elektra was able to not only get up like right away but, disappear from the room he knocked her into??? Im overthinking this shit again, aint I?


I did enjoy how they managed to bring all the series together and explain what each character has been doing to get them all to that point. I absolutely loved Alexandra Reid (Sigourney Weaver) and I hope that they explain how she came to be in charge of The Hand. Even Madame Gao (Wai Ching Ho) seemed to be a little afraid of her. Is that because she is the oldest of them all? It was cool finally getting to see Gao in action as well.


She has the ability to focus her Chi into a concussive force that is strong enough to blow a metal door off the hinges that has been barricaded with a dumpster on its side 10 feet! That's kinda cool. I would have liked to have seen more of Sowande (Babs Olusannmokum) and Muraki (Yutaka Takeuchi). Obviously, they are the muscle for The Hand. If there is ever an assault to be led, these two would be in the thick of the fight.


I liked how, just using pressure points, Sowande was able to not only go to-to-toe with Luke Cage but was kinda whooping his ass. I was happy to see Claire Temple (Rosario Dawson) and Luke Cage get together but, it seemed kinda doomed. Not only in the comics does he end up with Jessica Jones (Krysten Ritter) but, they have a kid together. That's when Claire dedicates herself to becoming The Night Nurse and I'm not sure if she ever starts dating again. Plus, there is SO MUCH sexual tension between Luke and Jessica.  She wants something hot and black in her too...AGAIN! Jessica was a welcome bit of comic relief in this series.

I must say that Stick (Scott Glenn) was always an asshole but, he was an asshole with a mission. I have to say that he gave us two of the “HOLY SHIT SNACKS” moments in the series. The first was when he chopped off his own hand to make an escape.  The second had to be when he chopped off Sowande’s head BARELY missing Danny! It made you wonder “Did this blind muthufucka KNOW he chopped off the right head?” Especially when, later in the series, Stick decides to take Danny off the board. Meaning, he decides that the best way to stop The Hand is to take away the one thing they need...DANNY!


They worked in Misty Knight (Simone Missisk) losing her arm AND getting a new one the best they could.  ESPECIALLY since Netflix seems to be Hell bent on NO crossovers! It was blown off trying to defuse a bomb in the comic and she was given her famous mechanical one made of Antarctic Adamantium by Tony Stark. It was chopped off with a katana here and will be replaced by Danny Rand’s company. I guess that works. They also left a door open for a spin-off series featuring Misty and Colleen Wing (Jessica Henwick).


What is Karen Page’s (Fine ass Deborah Ann Woll) problem? How the Hell is she gonna make Matt STOP being the Daredevil? Why not just take his balls while your at it? The cameos from her and Foggy (Elden Henson) were small but important. Basically, much like Claire, Misty and Colleen, they found themselves wondering aloud, how did we end up mixed up in all of this? All in all, I can give the series a 7 out of 10. I still recommend it but don't overthink it like I did. Unless you have good craft beer in the house. 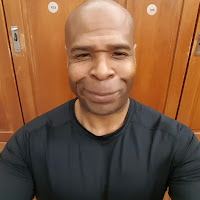