How to beat Ho-Oh? Pokemon Go 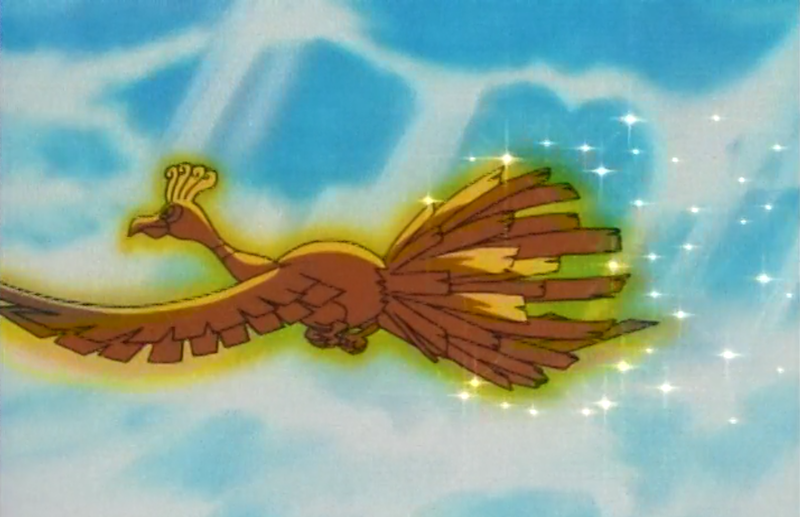 How do you beat Ho-Oh? Pokemon Go questions

Ho-Oh is extremely rare. Ho-Oh is the only pokemon that can use the move Sacred Fire.

In the Pokemon anime Ash Ketchum sees Ho-Oh fly overhead making a rainbow at the end of the first episode.  When Ash holds up his pokedex to see what kind of Pokemon it is the the dex responds that it is unknown.  The identity of Ho-Oh is thus one of the first mysteries introduced in the series.

Pokemon Silver Description:
A legend says that its body glows in seven colors. A rainbow is said to form behind it when it flies.

As a Legendary Pokemon Go Ho-Oh is battled in Raids and has extremely high CP.

There were many rumors early on in Pokemon Go on ways to catch Legendary Pokemon.  One rumor was that they were on top of Mount Everest or in Area 51.  These rumors are NOT true.
Legendary Pokemon like H0-Oh can be caught when you battle in a Legendary Raid.  A raid will appear with a 5 Rydon symbol that denotes a Legendary Raid.  Once the Raid pokemon appears it will be one of the Legendary Pokemon, if it is Ho-Oh then you can battle it.  If you successfully beat Ho-Oh you will then get an opportunity to catch it.  To beat Ho-Oh you will to make a team of multiple people to help.  No matter how powerful you are the Legendary Pokemon in Raids are very powerful (Very high CP) and require a large group of people with high level Pokemon.


Time to answer and the important questions!
HOW TO FIGHT A Ho-Oh or should I say...
HOW TO BEAT Ho-Oh
WHAT IS THE BEST POKEMON TO USE VS AN Ho-Oh
WHAT IS AN Ho-Oh COUNTER 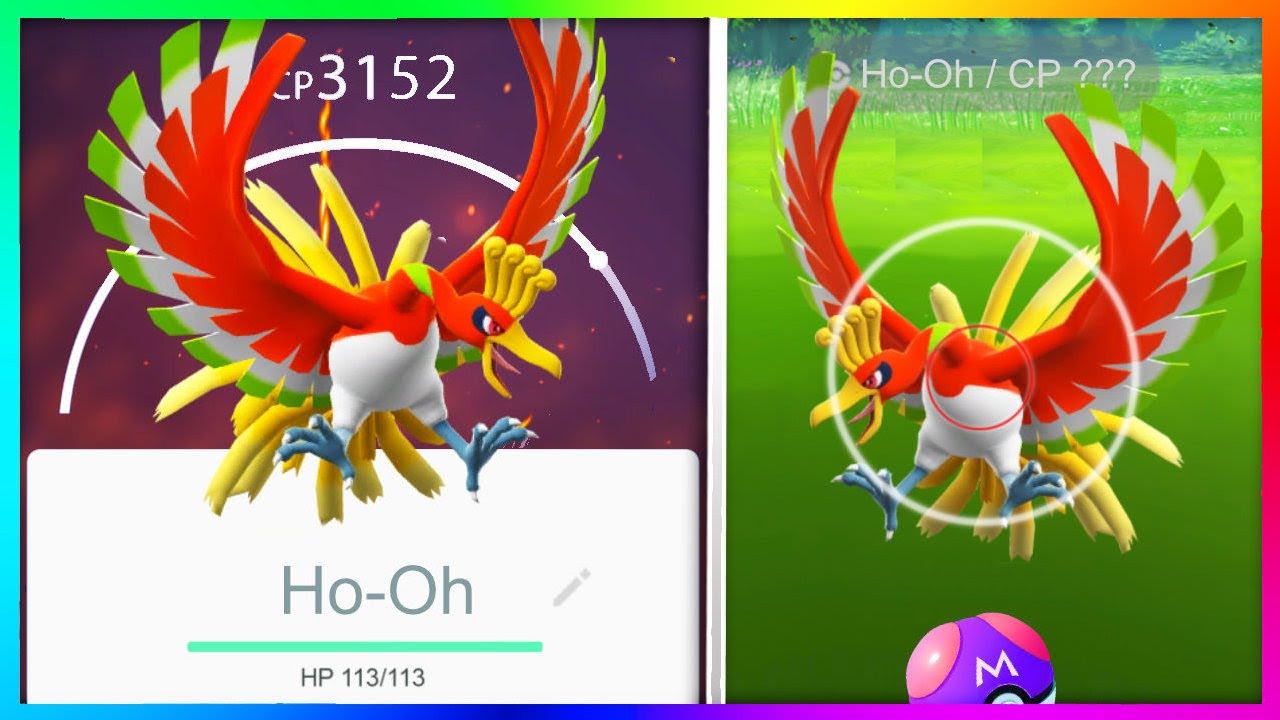 You have entered battle with glorious rainbow bird legend of Ho-Oh but Ut Oh it sees you! and as you gawk at its beauty you realize its swooping in to take you down.  Time to get moving and get strategizing!

Top Counters vs Ho-Oh:
For all Legendary Bird Pokemon a Golem with Rock Throw, works well.  Golem is a must have for Legendary Raids.


Good luck in your battle against Ho Oh! 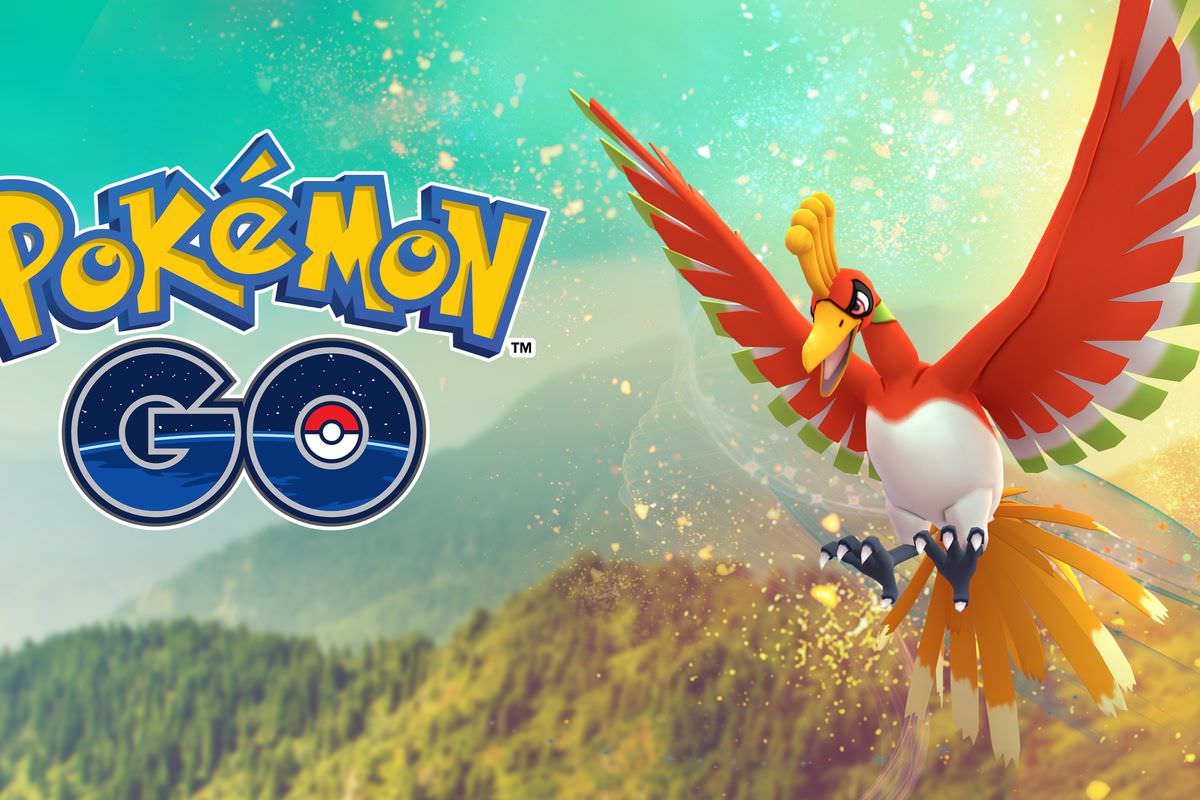 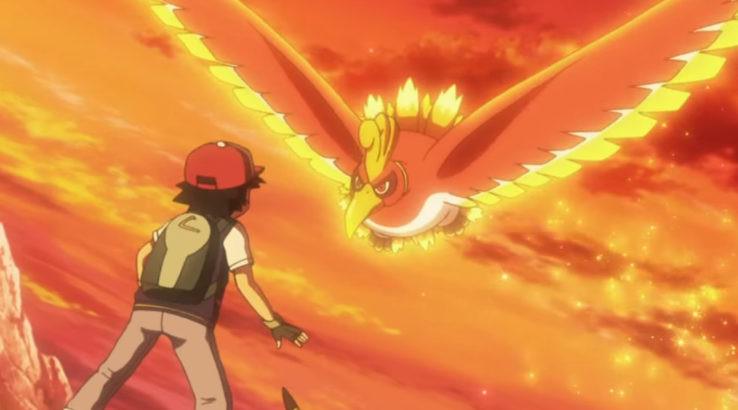