How to beat Entei? Pokemon Go

How to beat Entei? some Pokemon Go trainer tips

Entei is one of the most powerful Fire Pokemon said to be as hot as Lava and capable of making Volcanoes with its barks.


Pokemon Gold Description:
Volcanoes erupt when it barks. Unable to restrain its extreme power, it races headlong around the land.

Pokemon Silver Description:
A Pokémon that races across the land. It is said that one is born every time a new volcano appears.


As a Legendary Pokemon Go Entei is battled in Raids and has extremely high CP.

Show your Pokemon Love with these fun Poke Products!
Toylab is a member of the Amazon Affiliate Program and can bring fun products and a great price directly from Amazon. There are not many Entei toys perse but there are some great Pokemon toys out there. If you have Pokemon Trainer and you need a gift for a Birthday or Christmas this is a great place to start. If you need a Pokemon toy immediatly you can find some at the major retailers like Walmart, Target, Walgreens, CVS and Toysrus:

Catching the legendary dogs-
There were many rumors early on in Pokemon Go on ways to catch Legendary Pokemon.  One rumor was that they were in hard to reach areas like on top of Mount Everest or inside of Area 51.  These rumors are NOT true.

Legendary Pokemon like Entei can be caught when you battle in a Legendary Raid.  A raid will appear with a 5 Rhydon symbol that denotes a Legendary Raid.  Once the Raid pokemon appears it will be one of the Legendary Pokemon, if it is Entei then this is your chance to battle it and catch it.  If you successfully beat Entei you will then get an opportunity to catch it.  To beat Entei you will need to make a team of multiple people to help you.  No matter how powerful you think you are, the Legendary Pokemon in Raids are very powerful (Very high CP) and require a large group of people with high level Pokemon.

That said we do have some tips to help you out!

Time to answer and the important questions!
HOW TO FIGHT A ENTEI or should I say...
HOW TO BEAT ENTEI
WHAT IS THE BEST POKEMON TO USE VS AN ENTEI
WHAT IS AN ENTEI COUNTER 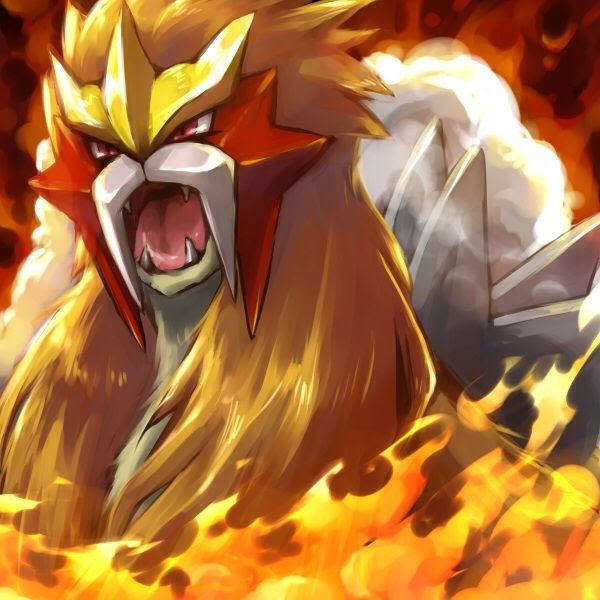 You look up to a loud roar and see a giant dog running toward lit aflame with power you have entered battle with the  Legendary Pokemon Entei!

Golem - (Rock Throw, Stone Edge) this pokemon works very well against most Legendary Pokemon and Entei is included in this.  One of the best pieces of advice to get ready for Legendary raids is to build up a few all rock move Golems.  They will come very much in handy.

Defensive recommendations:
Most of Entei's moves are Fire based so having a Rock or Water pokemon works best.
As with all Legendary/ Raid Bosses you will want to try to avoid Entei's special attacks.