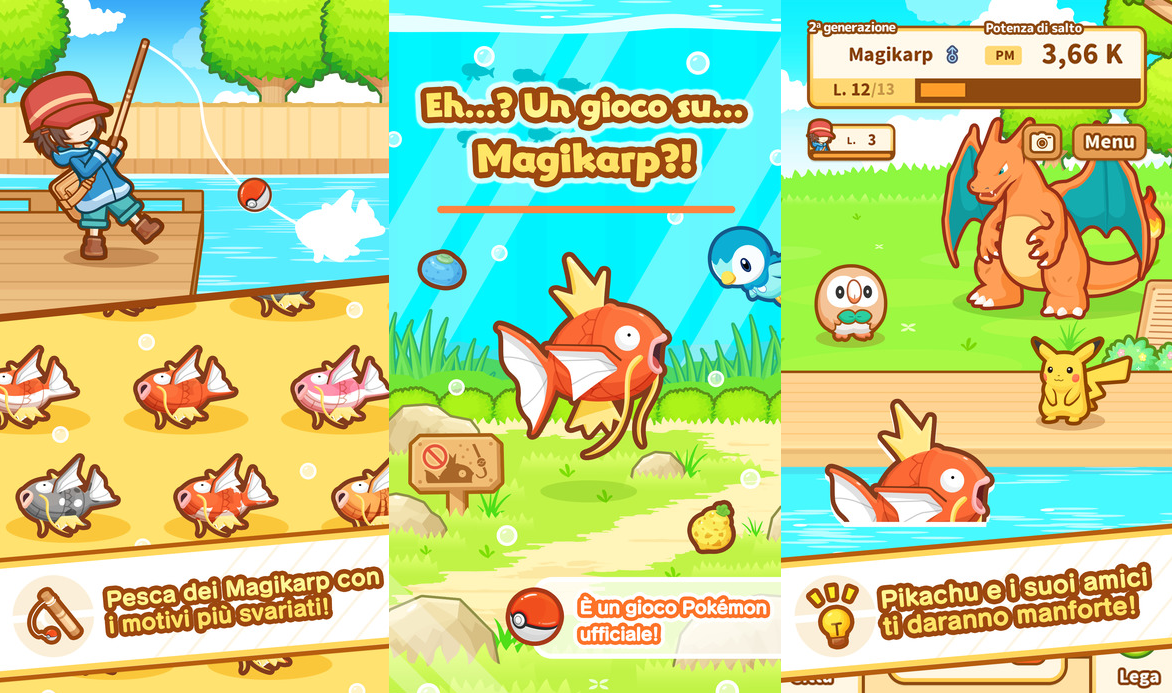 There is a new Pokemon game called Magicarp Jump and its pretty lame.  Like really lame, like you basically are training a fish to jump, and it jumps or gets eaten by a bird, BUT I really like it.

Magicarp Jump is a fairly passive game.  There is not much in the way of skill to it.  You basically do the following catch a Magicarp, train / feed the Magicarp, you run into NPC who sometimes give tips, then you Jump with Carp in a competition.  Jumping with the Magicarp is entirely based off of the stats you built up in the training phase there is no skill here.  The carp that jumps the highest wins. Once you finish with that Magicarp you start all over again with a new Magicarp that is slightly stronger than the first one.  Rinse wash and repeat.  That is it.

Well you can also go out and buy lots of things that help the Magicarp jump higher and also get it friends.  The Magicarps can also get snatched up by Pidgeys who eat your poor carp.  Then you will need to start all over again.

Compared to other Pokemon Games this one is pretty simple but it does hone in on the nurturing and caring for a Pokemon.  I think it works because it captures the essence of those old digipets that kids used to buy.  This is a really advanced version of digipet.  Its not a game you are going to have think a lot about, its pretty passive.  I think the more strategic minded gamers may hate it, but its just a really different take on Pokemon.

The game also uses Magicarp who I always think is hilarious!

Magicarp Store!
Toylab is a member of the Amazon Affiliate Program and we go fishing for great products just for you.  Check these out on Amazon!