Is Dark Universe being set up to fail? 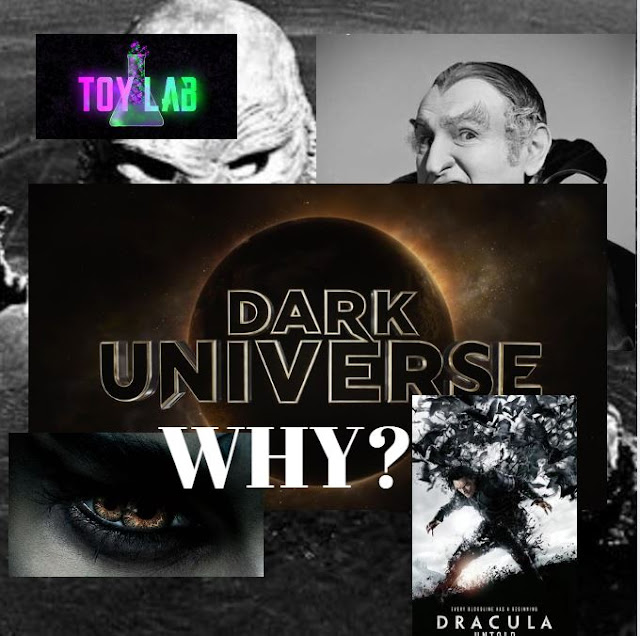 The Dark Universe is a cinematic universe that is meant to connect the films of Universal's classic monsters.   The first film meant to launch the universe is The Mummy but more actors and actresses have been revealed to play the various monsters.

So far the actors / characters include:


THR is reporting that Universal is also seeking to sign Angelina Jolie as the Bride of Frankenstein and Dwayne "The Rock" Johnson as The Wolfman.  The release date for the Mummy is Jun 9th about a week away so it may seem too early to complain and critique a new universe but I am going to anyways.

I would like the Dark Universe to succeed but so far what I see from it is that Universal is just throwing money at this thing hoping it might do something.  The universe seems to have 3 strategies.

I have one big critique of this and that is if the Monster Brand and the Universe Brand mean anything then they should not need to hire these A list actors.  While seeing A list actors is cool and all I really don't like seeing them hired into a connected universe.  Why?  Because the fun of a connected universe is when someone from this movie, show up over here.  If everyone in this universe is an A list actor then nobody is going to cross over from film to film.  How many films are you signing these guys up for?  1? 2?  This does not seem like a very long lived universe to me.

My other thought here is that biggest Monster name is Dracula.  In 2014 the film Dracula Untold was released with actor Luke Evans.  That film did pretty well at the Box Office but never recieved a sequel due to low critical reception.  I actually kind of liked that film.  It was not the best thing ever but it was fun.  The beauty of that film is that it had a lower budget, and Luke Evans was talented but also available.  You could hire that guy to show up in other films.  Why the heck don't they make film like this?  Also why the heck is this film not integrated into the Universe?  Its not that old.  Yes its not perfect but hey Incredible Hulk and Man of Steel were not either.  Plus this is monsters we are dealing with, B List Movie, horror monsters, lets not get all haughty.

If Universal really wants to see this thing succeed I think they need to start thinking more along the lines of Underworld.  Making lower budget, thrill, horror films that are fun and can easily recoup the cost. I could really see something like that being successful.  When I see this list of actors I just can't help but think this thing is going to fall flat on its face.  They will never recoup the cost of these guys.  The Dark Universe looks like a dead man walking and the first film is not even out yet.

That said ok there are some good things about this thing.  I do want it to succeed.  I'd love to see Dark Universe comics, it'd be cool to see a Dark Universe TV show.  Universal if your listening add some Clark Greggs, some Jaime Alexanders to this cast.  Create an agreement like Samuel Jackson's Nick Fury so a character can make some cameos in multiple films.  Otherwise why bother calling it a cinematic universe.

Just some thoughts, and I hope I am wrong.