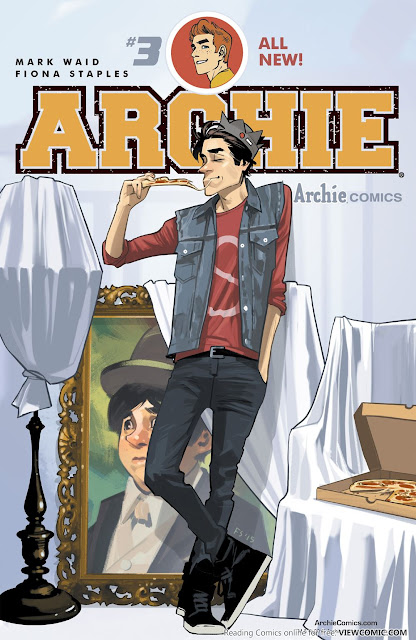 The Archie Comics based show Riverdale is a massive hit.  The show is an dark and angst ridden take on Archie that has created many new Archie fans.  Many people are curious where the ideas of the show originated from.   One major inspiration for the show I think was the 2015 Archie series drawn by the amazing Fiona Staples.   Staples has tweeted out that she loves the show, and I am sure she can see some of her finger prints on the show's aesthetic.


The relauch of Archie in 2015 featured a full overhaul of Archie cast to make them all look more modernized, cool and edgy.  Archie went from being kind of a freckled faced dork into being a suave, sensitive jock musician.  The change in character look in 2015 was profound.  As with any major change some Archie fans were not huge fans of the change.  That said when you look to see where Archie comics have gone with Riverdale, the property has rocketed in popularity in both TV and print form.

Here was a review of the Archie launch in 2015 by Publisher's Weekly.  Notice the adjective used to describe the series "as a CW series".  In hindsight this review turns out to be somewhat prophetic.


Publishers Weekly
★ 05/23/2016
There's a lot that's new about everybody's favorite freckled, love-tossed Riverdale teen in this contemporary relaunch. To start, Staples's (Saga) art is bright, snappy, and crisply dramatic, not to mention three-dimensional. Also, Riverdale High is as multiethnic and sharply attired as a CW series. Jughead sports ripped jeans and a goth pout, Veronica is a "jillionaire" reality-show star, and the whole thing is rated "Teen" for some barely risqué innuendo and dialogue like "Oh, hell no." The writing from Waid (Kingdom Come) balances winsomely romantic (Archie says Betty "smells like flowers and motor oil") and honestly funny, like something that a PG-rated Kevin Smith could have pulled off. It would seem risky to mess with the tried-and-true Archie formula, but this heartfelt collection is less a tearing-down of the old order than an exuberant exploration of its possibilities. Staples and Waid keep the characters' foundations in place—Archie's still a lovable goof who can't decide between girl-next-door Betty and vampish Veronica—while building a wonderfully new Riverdale for them to explore. (Mar.)

Lets have some fun and look at pictures of the Riverdale characters beside their Fiona Staples designed versions: 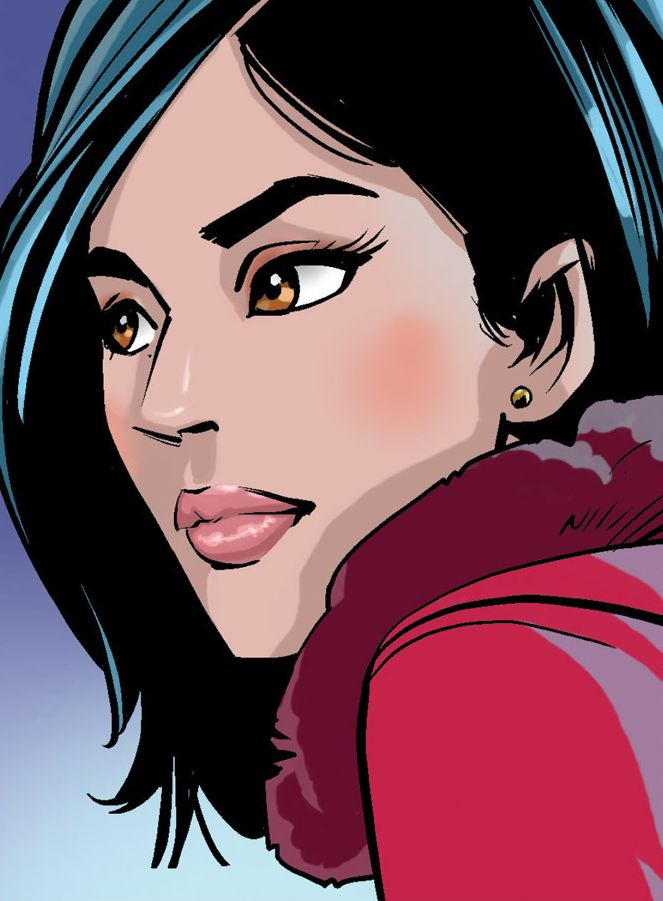 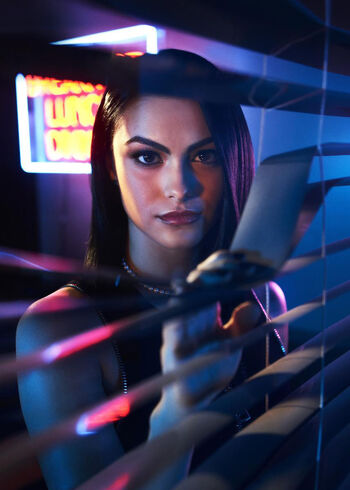 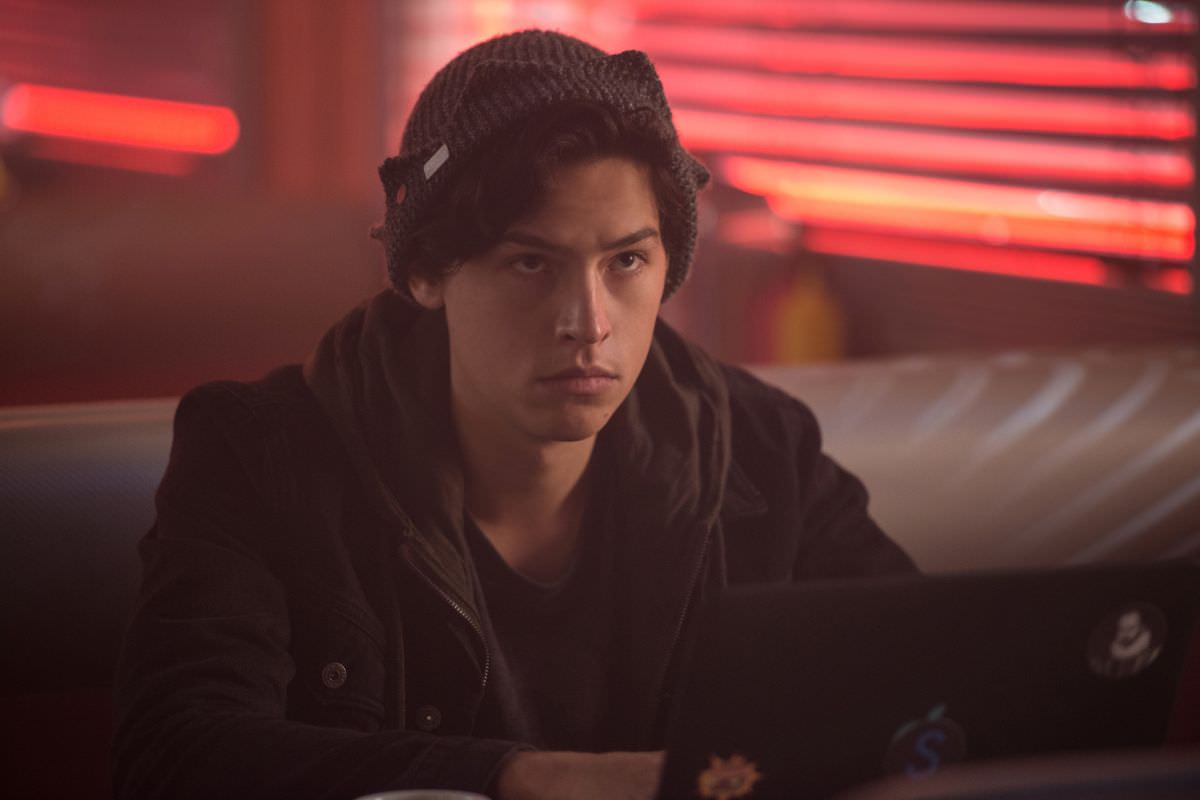 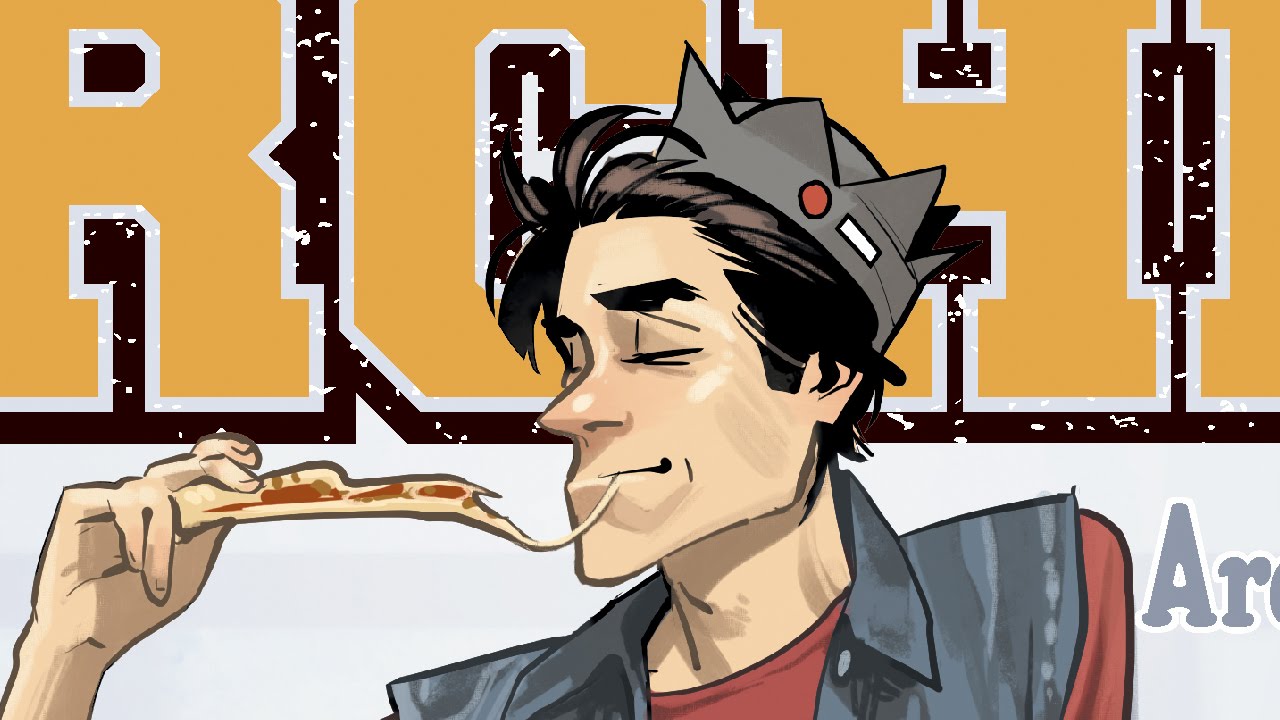 
What ever happened to the Youtube/Spreaker Riverdale Podcast? 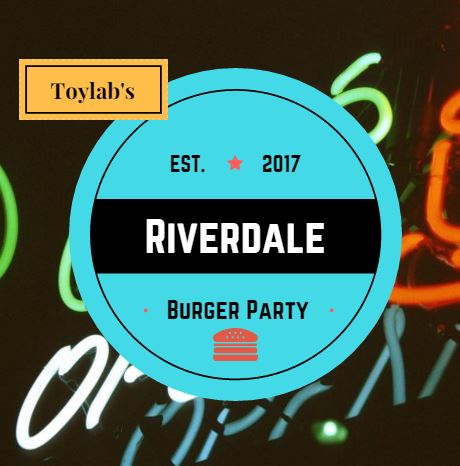 Alright I have mentioned the creation of a Youtube show specifically based around following Riverdale and it was going to be called Riverdale Burger Party.  The idea of the show would be fans talking about both the show and their favorite Cheese Burgers because Jughead/Pops! Cheeseburgers yeah it all just seemed to go together nicely and would be fun.

I got a script together, picked my first Cheese Burger to devour and got some special guests schedule I was ready to roll with this thing.  I even began to design Burger Party Theme T-Shirts.

HOWEVER it would not got as planned, as I am driving home getting ready to record the first episode disaster struck.  A hose in my car came loose and alas there were no burgers, no podcast, and I left people out high and dry.  After that it was just hard to get the people I wanted together to do it, and it fell apart.  Like getting this thing together just ended up being as crazy as Riverdale itself and something was always coming up.  That said I have NOT given up on the idea.  I love Cheese Burgers and Riverdale and this thing may still happen!