The Dark Universe is a connected film universe that focuses on the classic Hollywood monsters.  The major monsters that have been shown to exist in the universe are the Mummy, Frankenstein, Dr Jekyll / Hyde, Creature of the Black Lagoon, The Invisible Man, Phantom of the Opera, The
Wolfman, Hunchback of Notre Dame and Dracula.

Variety has reported that director  Leigh Whannel known for the film Upgrade and Producer Jason Blum have been recruited to reboot The Invisible Man.  Initially Johnny Depp was signed up for the pivotal role however that is not guaranteed now.

Great meeting this morning with the amazing #DarkUniverse team. Thank you #Universal Exec, Holly Goline and Crash for the hospitality. Looking forward to contributing to the Universal Pictures legacy with my work. Monster things in the works ;) Stay tuned! #Amazing people #RobertVargas #RobertVargasArt #CantStopWontStop #LA #Artist #LAmurals
A post shared by R O B E R T V A R G A S (@therobertvargas) on May 10, 2018 at 11:31am PDT


Has the Dark Universe been Double Tapped?
After the poor performance of the Mummy the remaining plans for the Dark Universe appear to be crumbling.  The next film that was planned in the Dark Universe series was Bride of Frankenstein and that film has now officially been put on hold.  Supposedly director Bill Condone could still be working on it but after today's bombshell it is unlikely.


Writer-producers Alex Kurtzman and Chris Morgan, who were hired as the monster universe architects, have departed the franchise, sources tell The Hollywood Reporter. Kurtzman, whose deal with Universal lapsed in September, is focusing on television (he's an executive producer on CBS All Access' Star Trek: Discovery, and his overall deal with CBS involves more than a half-dozen shows), while Morgan has returned to the Fast and Furious franchise and is writing a spinoff for Dwayne Johnson and Jason Statham.

The Hollywood Reporter goes on to describe the Tony building on the Universal Lot was set up and remodeled to have a monster theme to be the main up for the Dark Universe but it now sits mostly empty.

While its likely that the monster licenses will still be used in future films its hard to see the initial Dark Universe plans going forward.


Bride of Frankenstein - On hold

“After thoughtful consideration, Universal Pictures and director Bill Condon have decided to postpone Bride of Frankenstein, ...None of us want to move too quickly to meet a release date when we know this special movie needs more time to come together. Bill is a director whose enormous talent has been proven time and again, and we all look forward to continuing to work on this film together.”

The film was scheduled for a release date of Feb 14, 2019 but as of this writing has been removed from Universal's schedule. 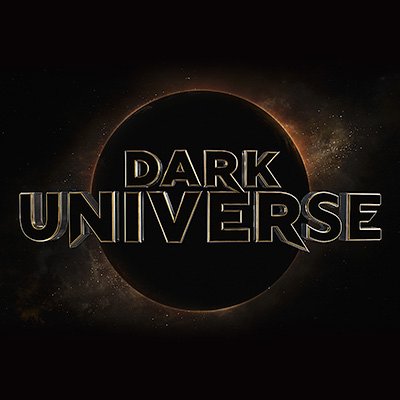 The Mummy had dismal critical reviews with a 20% Rotten Tomatoe rating.  It also opened into the wake of the powerful Wonder Woman film.  Wonder Woman easily trounced the Mummy in its first weekend.  The Mummy still managed to earn a solid $32 million domestically.  While this showing would not elicit much fanfare the film managed to do very well overseas.  The film made $18.7 million on its opening day in China alone and had a total international haul of $142 million dollars over its first weekend.  This leads the total haul for the film to be a very strong overall first weekend of $174 million.

The end of the Mummy leaves the main character of the film Nick Morton in an uncertain situation.

Tom Cruise's character Nick Morton was left looking potentially like a monster.  At the very least he was altered at the end of the film.  However, the view of his character was obscured.   It seems the plan was for what happened to his character to be revealed in the next monster film which is currently slated to be Bride of Frankenstein.  Based off the lower than expected domestic showing of the film it is unclear if the plans will go forward as initially laid out.

"We actually used a fair amount of the design from Tom looking like a full monster in the one moment when he screams over Jenny. Because it's so fast, you can't quite process exactly what it is. You can tell something is very wrong, but you can't quite tell what it is. The choice to play their scene with Tom essentially in silhouette was very much designed from the idea that what you don't see is going to be scarier, and there's a subjectivity to the storytelling in that moment, because she's trying to see him as we're trying to see him. I'm kind of tying her experience to the audience's experience and hopefully it makes you lean in a little more to wondering what it looks like. Who knows what hismonsterness will evolve into over the course of the next film? We have a lot of ideas about that. ... They live in a gray area, not just the monsters, but the characters who inhabit their world inhabit a gray area, and I look forward to seeing how Nick's struggle evolves, because he now understands the best version of himself, and yet, he's going to have a literal devil inside of him. How are those two things going to work together?"

What is the Dark Universe:
In the same spirit of the Marvel Cinematic Universe, Universal Pictures is creating a unified universe for its Monster properties.  The first film will be The Mummy if it is successful it will launch a series of films that will coexist in what is being called the Dark Universe.

Alex Kurtzman revealed to the site Fandom that he also wants to bring in the characters of Hunchback of NotreDame into the mix.  Kurtzman said:

“We know we’re going to do Frankenstein, Bride of Frankenstein, Dracula, Creature from the Black Lagoon, Phantom of the Opera, Hunchback of Notre Dame, Invisible Man,”

“There are characters within those films that can grow and expand and maybe even spin off. I think that digging into deep mythologies about monsters around the world is fair game for us, as well and connecting the monsters that we know to some surprising monsters could also be really interesting.”

Kurtzman also mentioned more actors he would like to see brought into the universe which included Angelina Jolie, Charlize Theron, Michael Fassbender, and Jennifer Lawrence.

Dark Universe Website:
A Dark Universe website has been started with an initial promotion highlighting the history of many of Universal Pictures monsters.Welcome to a new world of gods and monsters!