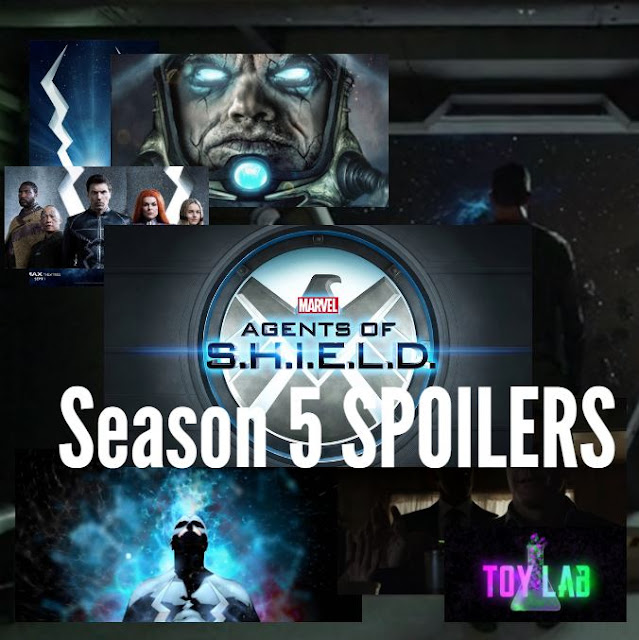 Agents of SHIELD Season 5 will begin with our favorite band of agents having been kidnapped and brought into space where they must deal with cosmic threats such as the Kree and teh Vrellnexians. Episode 21 looks pretty cool as Talbot continues to evolve toward becoming the villain Graviton.  All is not right Glen Talbot.  While he might be as powerful or even more powerful than the Avengers he is not right in the head.

The Force of Gravity Episode 21


Ruby idolizes Daisy or so we are led to think.  However, she really wants a chance to replace her and now in episode 17 she gets her chance to do just that.

Ruby also refers herself as the "Destroyer of Worlds".  Richard Hall in the Gravitonium is back and of course Daisy was the one originally believed to have been the destroyer.  This means there are 3 potential Destroyer of Worlds.  That is more Destroyers than their are worlds.

Official Premise: Marvel's Agents of SHIELD 5x17 "The Honeymoon" Season 5 Episode 17 Promo - While an agent’s life hangs in the balance, Fitz, Simmons and Yo-Yo attempt to neutralize a weapon that could play a role in Earth’s destruction, on “Marvel’s Agents of S.H.I.E.L.D.,” Friday, April 13th on ABC, streaming and on demand. Subscribe to tvpromosdb on Youtube for more Marvel's Agents of SHIELD season 5 promos in HD!

ABC has released 8 pictures showing Quake and some of the new space characters.  As you can see the show will not be skimping on the aliens.

COULSON UNCOVERS SECRETS AND BETRAYALS IN SPACE, ON ABC’S ‘MARVEL’S AGENTS OF S.H.I.E.L.D.’
“A Life Earned” – Coulson and the team discover what their captors’ true intentions are; and in space, escape is not an option, on “Marvel’s Agents of S.H.I.E.L.D.,” FRIDAY, DEC. 15 (9:01-10:01 p.m. EST), on The ABC Television Network, streaming and on demand.

A couple of things are revealed in the trailer/teasers for season 5.

New Pictures:
New pictures were released of portraits of all the agents. 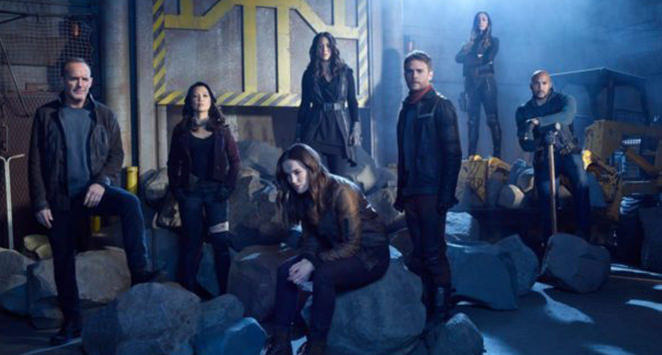 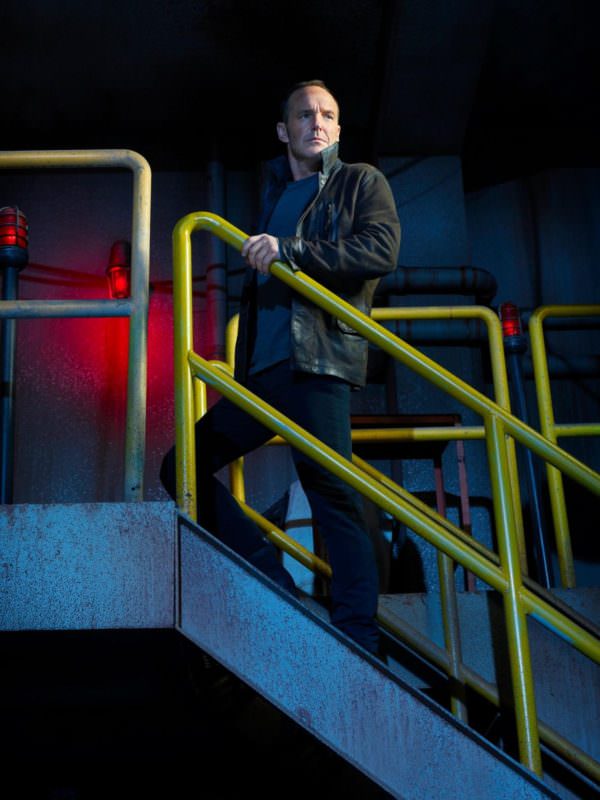 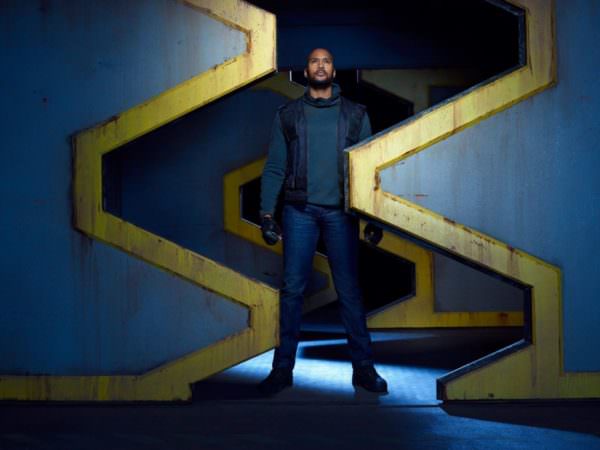 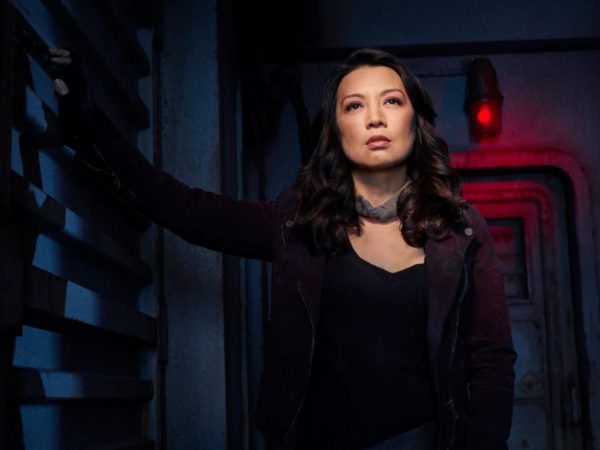 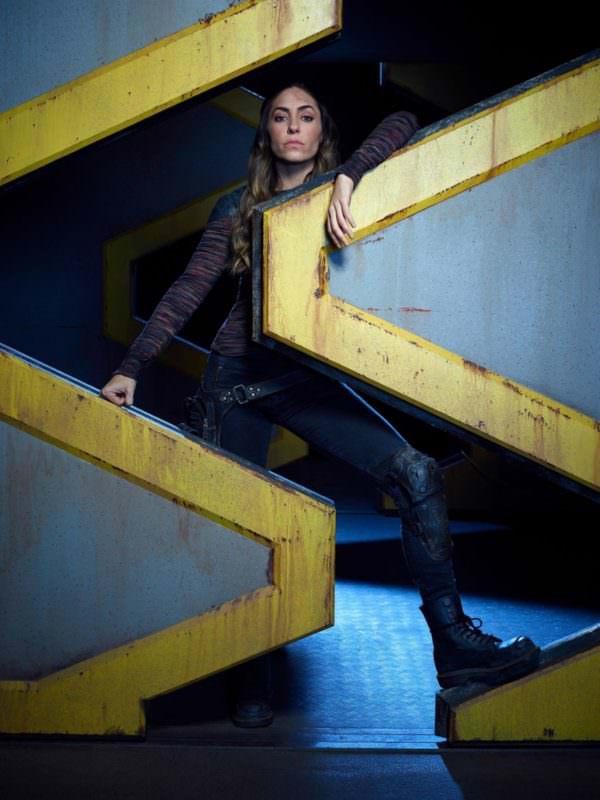 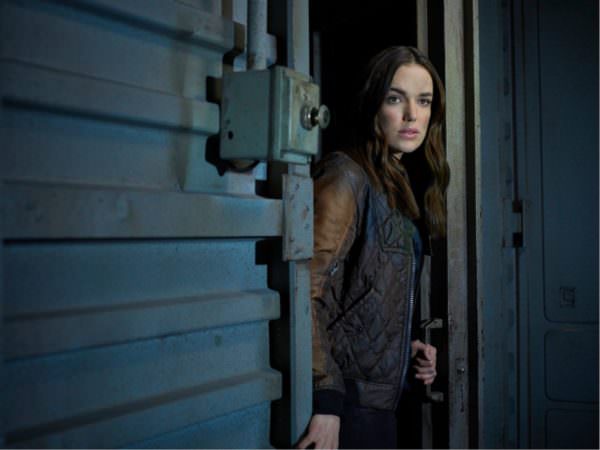 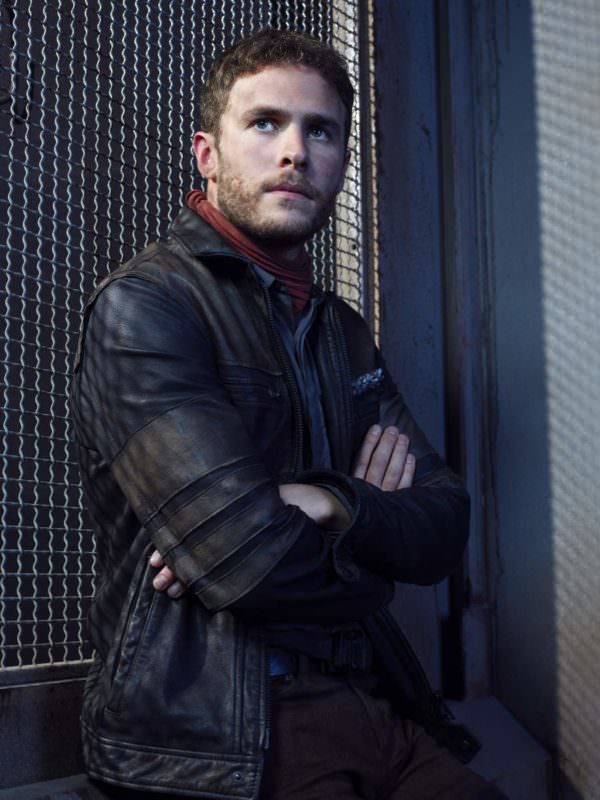 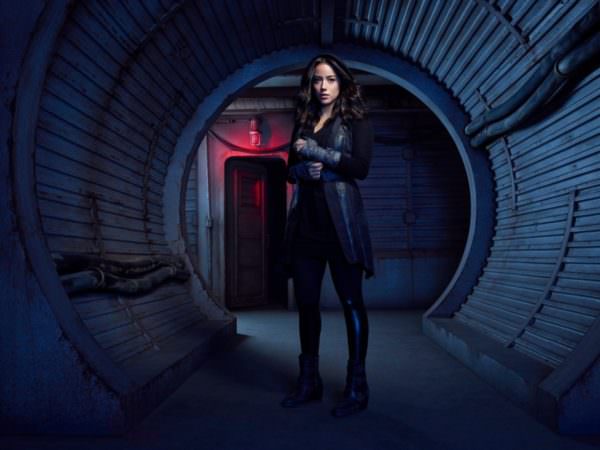 Pod System
One of the key components of Season 4 was the Pod system.  The Pod system broke the Season down into 3 distinct segments each with its own overarching theme.  Each Pod though was very interconnected with things from pod 1 setting up things that happened in the Finale.  I thought the Pods really kept things fresh and interesting.  It provided the show enough time to explore a theme but about the time it was getting long in the tooth it was moving onto the next pod.  With Season 5 it is unclear if the pod system will be kept.  The show runners know that it was popular but also say that the pods were in part due to the TV schedule and its breaks.  The show was effectively starting and ending new pods around the tv breaks.  As the schedule next year will be different its not likely that the system will be kept the exact same way.  However, I think we can expect for them to try introduce new themes in similar manner.

No Marvel MCU property has done as much with the Inhumans concept as Agents of SHIELD.  The show has introduced a bevy of Inhumans, the Kree creators of the Inhumans and even show cased the process of Terregensis.  The show even did its version of the Terrigen Cloud that was a major part of the recent Inhuman's comic story of Inhumanity.  It thus makes perfect sense that ABC was also given the show Inhumans which will focus on the Inhuman Royal family.  Inhumans will be airing in the fall of 2017 prior to Agents of SHIELD Season 5 that will come out in either late 2017 or early 2018.  Its no secret that Marvel has had trouble tying its various properties together to create a cohesive universe.  The Agents often seem to be off on their own with little to no interaction with what is happening in the MCU films.  With ABC having both Inhumans and Agents though it seems likely that they will be able to tie both shows together.  Its hard to say how exactly this will be done, but you can bet on it occuring in some fashion or form.
Coulson is will begin the next season in what appears to be space (could be another dimension) and this could immediatly tie into either the Kree or the Inhumans.

One other thought on Inhumans was way back in Season 2.  Raina gains the ability to see into the future and prophesizes that Skye will become a major Inhuman leader capable of saving their people.  This seems like a pretty big deal, and could in a way make Quake/Daisy/Skye an alternative leader for the Inhumans instead of Blackbolt.

Another loose end is that in Season 2, various Inhuman communities and ruins were shown.  It would be interesting to get an explanation on what all that stuff is and how they relate to the Royal Family.

On 9-26-2017 Marvel released a new promo for Agents of SHIELD with what appears to be a space ship door with a SHIELD emblem.  This seems to provide further evidence of a SWORD or SWORD like plot.

SWORD is an agency like SHIELD that is designated to protect Earth from threats.  Unlike SHIELD however the threats focused on by SWORD are all from alien or off world threats.  The agency has a headquarters in space called the Peak and is run by a half mutant, half alien character named Abigail Brand.  SWORD and Brand were creations of Joss Whedon during his much heralded Astonishing X-Men run.   Joss is connected to Agents of SHIELD because his brother Jed Whedon and sister inlaw Maurissa Tancharoen are showrunners for Agents.  Due to that connection I have often wondered if Brand and SWORD will show up.

There were some potential hints that there could be a space agency.  In season 1, I thought it was interesting that SHIELD was launching 084s into space (Later revealed some were kept on Earth).  Coulson was resurrected by a program called TAHITI using a serum called GH-325 that was run by a group that was not SHIELD.  This organization what ever it was had access to a Kree corpse used to create the serum.   The organization was known by Fury which was how Coulson was revived by the TAHITI program.  When Coulson and company broke into the facility housing GH-325 they entered into a gun fight with non SHIELD guards.  The organization that runs that facility has never been revealed but I often assumed it was SWORD.

For more hints at SWORD see:

At the end of Season 4, the agents are apprehended by a mysterious organization of soldiers.  They appear to be looking at a green device that is either stopping time, or is a portal of some kind.  An agent with the soldier mentions a window.  In the next scene Coulson wakes up on what appears to be a space station overlooking an astroid field.  Its possible that Coulson is in another dimension like the Dark Dimension but it seems more likely that he is somewhere in space.   This would seem to stronly hint toward SWORD involvement.

There is however a big problem with SWORD involvement in the MCU.  Yes the theory makes sense but SWORD appears in the comics Astonishing X-Men and so its TV rights presumably belong to Fox and not Marvel.  Its possible the company's could reach an agreement to allow the show to use SWORD but these deals never seem to be easily struck.

So if they are not SWORD and Coulson is not on Peak then where is he?  My guess is that he has become embroiled insomething with the Kree or Inhumans and could be on Attilan.

Coulson's Faustian Bargain
At the end Season 5 its indicated that Coulson struck a deal in order to allow the Spirit of Vengeance to enter his body and kill AIDA.  Ghost Rider says he does not envy Coulson but other than that the bargain is kept secret.  What ever the deal was it reasons that it will factor into Season 5 in a major way.


MODOK is a major villain that fans have long asked to be part of the show.  His name actually came up a lot in fan speculation for who the Clairvoyant was.
In Marvel Comics MODOK is often depicted as the leader of A.I.M. and is a frequent adversary of SHIELD.  A reformed MODOK appears in some stories as a member of SHIELD.

Why do I think MODOK will be in Season 5?  At all has to do with the character of Superior in Season 4.  The character Superior went through various transformations in Season 4 and there are numerous hints that he will become MODOK.  Expect him to figure into Season 5 in a sizable way.

Read our post below if you curious why Superior is MODOK. 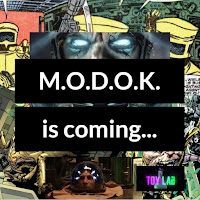 Loose Ends:
There are some other loose ends that the show could focus on.  Remember the Graviton tease?  did the Blizzard really die.  Did AIM really end after the battle in Iron Man 3?  What about the Man Thing teases, Abomination mentions, is the Griffin still locked up? What happened to Nitro?

On top of that there are couple of other characters that everyone would like see again.  Robbie Reyes as Ghost Rider, Lance Hunter, and Bobbi and of course Deathlok from the first 2 seasons.  Will these characters be given a major role in Season 5?

I know fans would love to see some of those items mentioned and given some kind of conclusion.