1000 a new comic by Sanford Greene 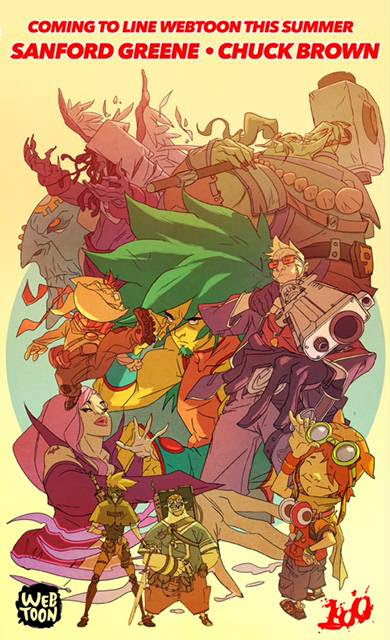 1000 is a new comic from the Sanford Greene and Chuck Brown.  Sanforde Greene has become a household name after his superb work on the recent Powerman and Iron Fist.  Greene has unique style that immediatly catches the readers eye as being something unique.  Chuck Brown himself has worked at Marvel who worked on Civil War: Choosing Sides.    1000 is going to be distributed as a digital comic through the site Line Webtoon.

Personally, I loved what Sanford did on Powerman and Iron Fist and I can't wait to see what he does here.

Bleeding Cool interviewed Sanford Greene and Chuck Brown at Megacon Orlando
You can listen to it here. The interview does not go deep at all in 1000 which is really what I want to hear about.  It does go over some personal stories of Sanford and Chuck and how they ended up on this project.  One thing, I did get out of this is that Sanford is all in on 1000.  This is his focus 100% right now so that was really interesting to hear.  I think if this property does get this focus it could really take off.

About 1000
Many people reported that 1000 is coming out but what most did not report is that Greene has been planning and working on creating 1000 for a very long time.  Sanford concieved of 1000  with a friend named Bruce Brown.  Brown unfortunetly died of cancer before the pair were able to get together to make the series.  Greene created a short graphic novel of 1000 to highlight what the series would be about that was noticed by many in 2012.  Greene attempted to get an animated version of 1000 funded through Kickstarter in 2012 however that Kickstarter failed to get enough funding.  That said it seems like a lot of the ideas and content made for the animated series will carry over to here.

Even though the kickstarter was not successful Greene obviousily never gave up on the project.  Now fast forward to 2017 and Sanford is ready to lauch 1000 through Line Webtoon.  One big difference is that now Sanford has a much bigger following from what he did on Powerman and Iron Fist.  I would be remiss to point out that Sanford's comic career extends much farther back than Powerman and Iron Fist but it really is hard for artists to hit that level where they have a "household" name.  I would say what Powerman and Iron Fist just really put a big cherry on top of a lot of great work he has done over his year.  The fact that he is doing this project with his name being so hot right now shows how important it is to him.  1000 promises to highlight his unique style and create a massive name for itself.

1000 mixes fantasy, dystopia, and science fiction to create a world where warlocks intermingle with aliens.  The main character is named Dragon Son who is a man who must perform 1000 actions of repentance before he can return to his true Dragon form.  Dragon has a motley team of special agents who attempt to protect the world and keep civilization from collapsing.

One other cool thing about 1000 is that a hip hop track will be released to go along with each chpater of the comic story.

You will be able to find 1000 on Line Webtoon later this year.  You can download the app for Line Webtoon on both Google Play and the Apple App Store. 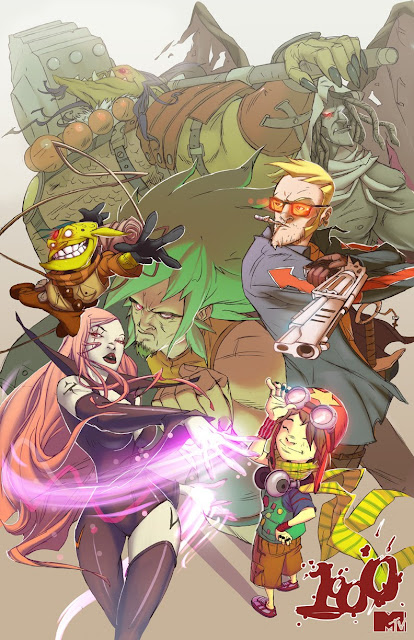