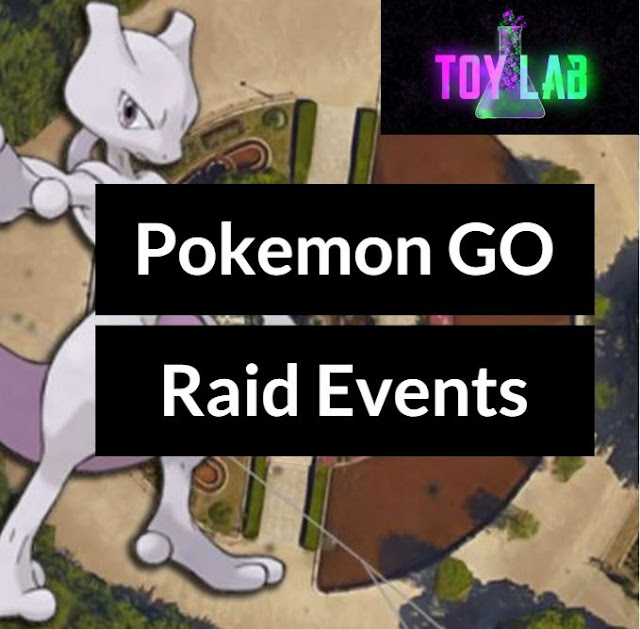 Pokemon Gym system is now Live and with that will come Raids.


A Raid is MMO game name for a cooperative mission where a group of people work together to accomplish a task.

Raids and new Gyms are now LIVE!!!!   An update is currently pushings its way through the game that is going to update Gyms to handle raids and a new gym set up.

Here are some known details about Raids:
1) Raids are battles where a group of Trainers will join together to battle one super powerful pokemon.
2)  Up to 20 players can take on the Raid Pokemon
3) An Egg will appear above a gym with a countdown timer for when the Raid there will begin.  This will help a good amount of people know about the Raid and show up when the Raid opens.
4) The Raid pokemon will be superpowerful (A Tyranitar with 25,000 level CP is an example shown).
5) Once defeated trainers will have a chance to capture the Raid Pokemon.  However, the Raid Pokemon will not have the CP it has for the Raid.  The Raid Pokemon will have a higher chance of having good IVs however.
6) Other rewards will be given for completing a Raid including potential special new items like a Golden Berry.
7) Each trainer will get a Raid Ticket that will allow them to enter a Raid.  I think you will be eliminated to one a day.  Unless you get a special Raid ticket.

Its going to bring back a lot about what made Pokemon Go really fun in the first months it launched and frankly may even make it crazyier.

Niantic is also planning a major Pokemon Fest event in Chicago.  I am not sure if Raids will be integrated into that but I think that is likely!

I have been waiting to do an update of this post for more substantial information about Raids to come out.  There have been a couple of small tid bits of information that I do think deserve  some attention.

The last update in the game included some additional tags for things like raid Pokemon and also for new type of user that would seem to be a Niantic worker who is organizing the Raid.  Niantic also has begun a partnership with Knight Foundation to do community events.  These Pokemon Events do not seem to involve the release of Legendary Pokemon or Raid yet.  What they are is that the Knight Foundation will choose a route through a city.  This route will have traffic blocked off and people will get together to walk on the route.   The routes being picked by the Knight Foundation will be selected to include various PokeStops to make it interesting for players.

What is the Knight Foundation:

You can learn about the Knight Foundation from https://knightfoundation.org/about and in their own words it is:


Knight Foundation is a national foundation with strong local roots. We invest in journalism, in the arts, and in the success of cities where brothers John S. and James L. Knight once published newspapers. Our goal is to foster informed and engaged communities, which we believe are essential for a healthy democracy.

The Knight Foundation is a charity created by former Newspaper Magnate brothers to create strong communities.  One of their goals in reading through their literature is to get people out of their homes and away from video game and tv screens.  Instead, they want to create events to showcase the beauty of a community and get people together.  When you read this goal it initially makes the Knight Foundation's partnership with a videogame company seem ironic.  However, when you consider the uniqunness of Pokemon Go and its own goals are almost identical.  Pokemon Go wants to be a game that forces people to interact with other people and engage in a new way with their community.  In effect Pokemon Go has the same goal as a group that might generally be considered anti video games.

A lot of Pokemon Go gamers have dismissed the Knight partnership as being non news.  This is really the case of not seeing the forest from the trees.  The partnership and the Raid code being built into the game all point toward something very profound.  First you have a Video Game company beginning to actively become part of non-video game events in communities.  Event Organization is a big deal, it takes its own kind of expert and this partnership is a place where Niantic can gain experience on how to do them.  The more you think about Pokemon Go's goal of having a global event that takes place in communities all over the world, the more you realize that they can not do it by themselves.  What they need are various local community group organizations that have expertise and knowledge of local areas, customs and laws.  Those groups are going to have their own questions and worries about dealing with a video game company.  The Knight Foundation is going to have to answer to its constinuents on why its supporting a video game.  I think they have a great argument here that the game can help draw people into the community like few things before it, but the reality is they will need to explain it.  Niantic had to find someone like the Knight Foundation that had the expertise, and the courage to form this kind of revolutionary partnership.  The groups across the world are going to be in a similar boat.  Those groups are going to look to the Knight Foundation for answers on whether they should deal with Niantic or not.

So while these initial walks put on by the Knight Foundation may not seem like a big deal, see them for what they are.  These pioneer first steps on a brand new road, where no one has ever walked before.  The two organizations may be just be setting out on their journey but already I see them heading toward a future where technology, community and outdoor activity are harmonized into something altogether new and different.

Original Raid Post
Something like a Raid was depicted in early Pokemon Go advertising materials.  In the initial trailer for Pokemon Go there is a depiction of a large crowd of Pokemon Go players running to Time Square.  MewTwo the infamous legendary Pokemon appears and the whole crowd appears to battle MewTwo at once.  There is a timer that is ticking down and the crowd seems just barely able to beat MewTwo before it strikes 0.  Then congratulations message appears on every one's phone that they captured the MewTwo.

The phones of all the players say Gotcha! 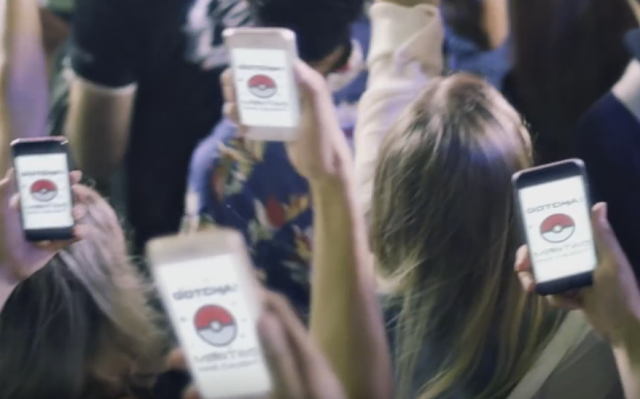 So far nothing in the game exists that matches that particular experience.  Users now battle separately as they battle Pokemon that have been placed in gyms.  There is no true cooperative like battles.  It has been known however that the Pokemon Go developer Niantic has had interest in staging large scale events where many people show at a given location.  The company has even hired various event managers.  What the actual look and feel of these events will be like however has been unknown.

The Niantic CEO has also mentioned that he planned for Legendary Pokemon to be released sometime in 2017.  It seems likely that a new Raid system would be attached to the release of those Legendary Pokemon.

In the last update though new code was added that appears to point toward Co Op battles that would likely occur.

Phrases in the Code:

Some of these phrases simply be to provide an extra level of communication to players as to what their Pokemon are doing that are placed in gyms.

The line in the code that really stands out is  “A raid is starting nearby!”. This would seem to be alert that a player would get telling them a gym nearby would be taking part in a Raid. The player would then need to go to that gym and take part in order to earn what ever Pokemon or item would be given as an award for taking part.

Now the part of Pokemon Go that could cause the most issues in this implementation is the legality of it. If a Raid warning goes off will it send people running or driving like crazy to get that location? Is their a liability created by a game that creates an incentive for that kind of behavior. My guess is that Pokemon Go could get around it by warning players a day or so in advance of a Raid and its location. This would also mean that huge crowds though will appear in places where a raid is going to take place which is going to take coordination with people all over the world.

If Raids do come to fruitiion another question is how common will they be. Will they at multiple locations in a state? Or will they only take place at a few places in the entire world becoming like augmented reality woodstock concerts with players coming from all over the world to take part.