Who is X-O Manowar? (Valiant Comics)

Who is X-O Manowar?

X-O Manowar is one of the original Valiant characters and has been part of the Valiant universe in all of its iterations. X-O Manowar also starred in video game alongside Iron Man.  Actor  Derek Theler will play X-O Manowar in the live action web series Ninjak vs. the Valiant Universe.

Bio:
Aric of Dacia is a Visigoth in line to be king.  During his early life the Visigoth are in constant war with Roman Empire who are attempting to oppress them.  Aric grew up constantly fighting in battle against a larger and more organized enemy.  One day another enemy appeared that was far worse than the Roman empire.  An alien race called the Vine came to earth seeking slaves.  They abducted Aric and numerous other Visigoth and brought them deep into space where they could not escape.

For years Aric and the other Visigoth slaves labored on the Vine colony ship.  Aric saw an opportunity to gain his freedom and led a massive revolt against the vine.  During the revolt Aric breached a Vine temple where he found the most powerful weapon of the Vine called Shanhara.  Shanhara was special, sentient suit of high tech X-O Manowar armor.  The Vine had been unable to use the armor because anyone who attempted to join it was killed in the process.  However, Aric joined with X-O Manowar and mysteriously survived the joining process.  He then turned the highly powerful Armor against the Vine but did not fully understand the power he controlled.  He killed many Vine but when the Vine countered many of his own Visigoth people were killed.  Aric still manages to use the armor to escape and heads toward Earth.

To Aric's horror Earth has greatly changed since the time he left.  Due to time dilation 1,600 years have passed and everyone that Aric once new is long dead.  Instead of facing the new modern world Aric hid for a time in the Peruvian jungle.  The Vine quickly tracked Aric back to Earth and began to derive a plan to retrieve the X-O Manowar armor.  The armor was considered to be a holy relic that was prophesized to be used by the greatest champion of the Vine and they could not allow it to fall out of their hands.  They also did not want the full Vine empire to know that the armor had been stolen so instead of sending a full army the Vine send secretive agents that were genetically altered to appear like human beings.  These agents were called "plantings" and they burrowed themselves into various goverment agencies across Earth including Britains M1-6.

The plantings in M16 sent the hero Ninjak on a mission to kill Aric and return with the X-O Manowar armor.  During the skirmish between the two Aric manages to convince Ninjak of the Vine's presence on Earth and especially within M1-6.  The heroes join forces and destroy the Vine's secret base in M1-6.

The Vine see the loss of one of their main operations on Earth and decide that the only way to retrieve the armor is to mount a full invasion of Earth.  The Vine send an Armada after Earth but it is destroyed Aric in the X-O Manowar armor.  Aric decides then to take the battle to Vine and takes a Vine ship and invades the Vine home world of Loam freeing thousands of slaves.  On Loam, Aric finds many people related to the Visigoths who had been enslaved with Aric many years earlier.  Aric establishes himself the leader of a new Visigoth tribe.

Aric finds new purpose and meaning to his life by being a leader of the Visigoth's but realizes he must find them a home.  He decides they should return to their original homeland which was in Romania.  The sudden appearance of a Visigoth army led by a barbarian in a ultra powerful suit causes great alarm in Russia who is close to Romania.  Russia begins trying to attack the Visigoth's but these are thwarted by Aric and his X-O Manowar armor.   However, Aric then faces a threat unlike any other he has faced the super hero team of Unity.  Unity easily defeats Aric when Livewire takes over his suit.
Aric is brought into custody of the United States Military Reconnaissance Outpost a shadowy government organization designed to engage with alien threats.  In exchange for asylum of his people Aric agrees to work as an agent for M.E.R.O.  He is also given back his X-O Manowar armor.

Aric himself has no real powers but is top condition and a very able warrior, tactician and commander.  Aric is one of the few people shown to be able surviving a joining with X-O Manowar Armor.

The X-O Manowar Armor is extremely powerful and has the following powers and capabilities: 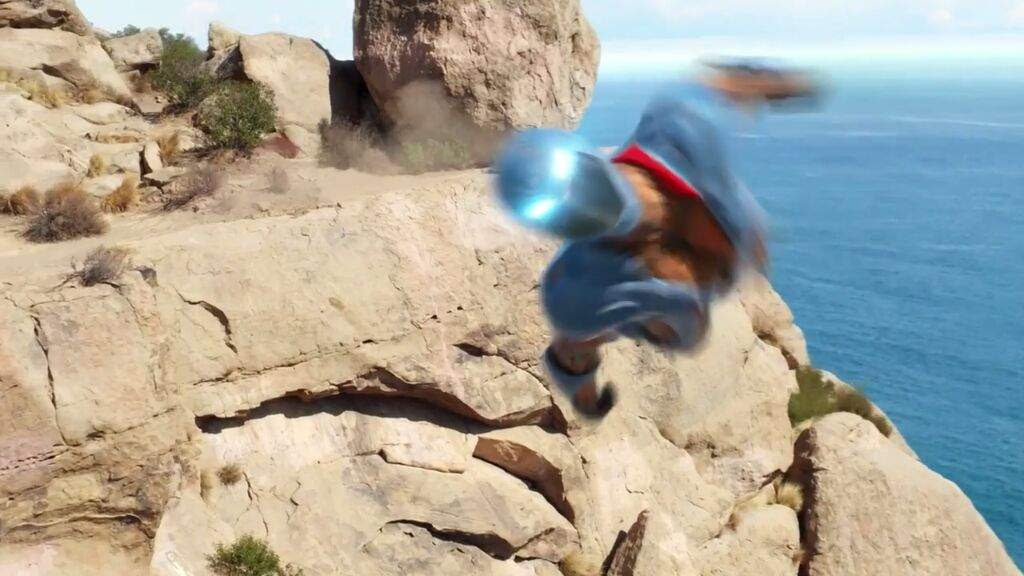 
Like the X-O Manowar? What about the other Valiant Characters?  Check out the links below for more Valiant.