Who is Corvus Glaive?

Who is Corvus Glaive?


Corvus Glaive is a brilliant but ruthless servant of Thanos.  He is a powerful tactical genuis charged with leading the armies of Thanos and leading Thanos's elite Black Order.  Corvus Glaive is rumored to appear with the rest of the Black Order in the film Avengers Infinity War.  He is a relatively new character but has become popular with notable appearances within the stories of Infinity, Cabal, Time Runs Out, Secret Wars, and Thanos.


Death: Thanos #1 (Vol 2 2017) Glaive has already returned from seeming death so it is quite possible this death is temporary.

Quote: "I am a servant of my master, Thanos--A Destroyer of Worlds, A Breaker of Kings.  I am one of the Five, Corvus Glaive."  Corvus Glaive

Corvus Glaive is the right hand man of Thanos charged with leading the armies of Thanos and his elite Black Order.  The Black Order is made up of 5 select super powered individuals that ruthlessly carry out the will of Thanos.  Generally when Thanos sets his eyes on a planet the Black Order arrives and ensures one way or another that the planet bows before the Mad Titan.

In this capacity Corvus acts as a General, Diplomat, Thug, and Executioner.  He serves the Black Order along with his equally sadistic wife Proxima Midnight.

He is depicted as generally cold and calculating however he does get great pleasure in destruction and causing pain.

Thanos sent Corvus Glaive to Earth to locate his son Thane so that he may be killed.  Thanos saw Thane as a threat to himself.  While Corvus found Thane in the remote Inhuman city of Orollan he was quickly beaten.  The Avenger Hyperion killed Glaive and apparently entirely destroyed his body.  However the Glaive weapon of Corvus Glaive was intact and from that he eventually regenerated.  Corvus Glaive, Proxima Midnight, and Thanos are held prisoner for a time but are eventually freed by Namor.

Cabal/Time Runs Out:
The worlds of the Marvel Multiverse are colliding in events called Incursions.  The powerful and learned group known as the Illuminati has found that the only way for their world to survive is to destroy the other world.  The Illuminati quickly loses their stomach for sentencing innocent worlds to their death and thus submit to the inevitable that their world will be destroyed on the next incursion.

Namor is not able to accept this and so he frees Corvus Glaive, Proxima Midnight and Thanos to form a Cabal that will do the task that the Illuminati is unwilling to do.  The group attacks and destroys the other Earths in each Incursion.  Seeing the joy that the others take in the whole sale slaughter of worlds eventually makes Namor sick and he secretly joins the Illuminati in his wish to stop the cabal.  He forms a plan but is eventually betrayed by the Illuminati and is trapped on the oncoming Earth.  The Cabal manages to escape onto a third Earth which ends up being the Ultimate Universe.  On the Ultimate Universe they join with the Maker (Ultimate Mister Fantastic) in building a Raft that can survive the collision of worlds.  This leads them to taking the raft and landing 8 years into the future of the eventually created Battleworld created by Doctor Doom.

The Cabal soon encountered members of the Thor Corps the Police of Battleworld.  They managed to defeat them but were then scattered by Doctor Strange Battleworld's sherrif.  Lost from each other Corvus found himself encountering Baron Apocalypse and his Four Horse Man who baddly beat him and turned him over to Doctor Doom.

After the events of Secret Wars, Corvus Glaive found he was in a world without Thanos and took advantage by becoming the ruler of the Black Quadrant.  Thanos returned defeated Corvus Glaive and gave him the option of killing himself or letting Thanos kill him at the last moment of his life.  Glaive chose to end himself and killed himself with the blade from his Glaive. 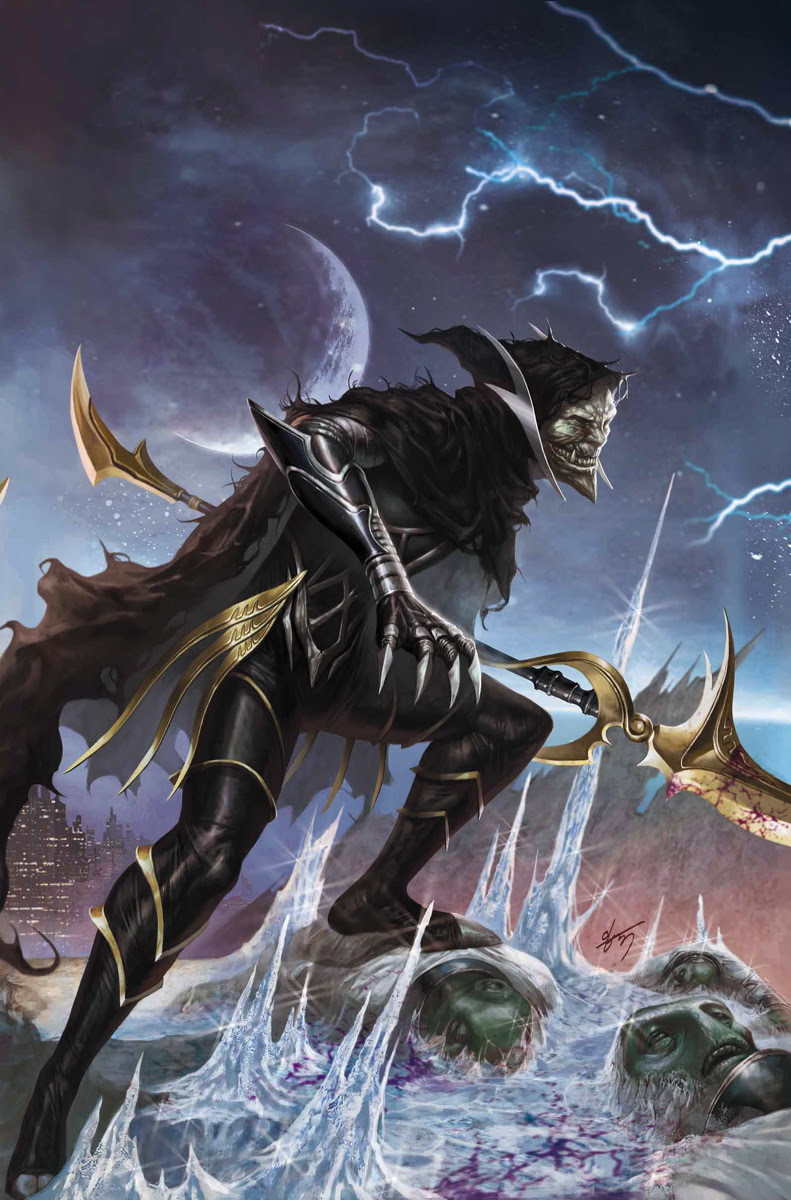 The exact power set of Corvus Glaive is never fully explained however he has proven capable of going up against strong opponents:

He is said to be a tactical genius.  After Proxima Midnight reviews Earth's military history she declares that her husband Corvus is the greatest military mind to have ever walked on Earth.

The Corvus's glaive weapon he uses also grants him some extra powers:


MCU:
Corvus Glaive is rumored to appear in with the rest of the Black Order in the film Avengers Infinity War.  He is relatively new character but has become popular with notable appearances within the stories of Infinity, Cabal, Time Runs Out, Secret Wars, and Thanos.

A stunt man was spotted on the set of Avengers Infinity War carrying what appears to be weapon of Corvus Glaive.   Other shots were taken of similar stunt men carrying weapons that appear to belong to Proxima Midnight and Super Giant who are also members of the Black Order. 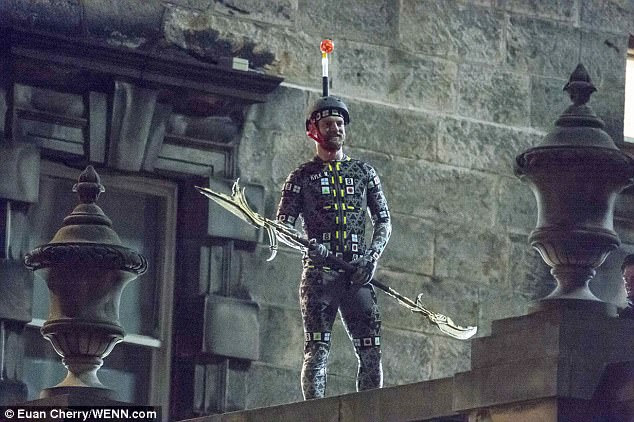