Ninjak vs the Valiant Universe - Update today at C2E2 BOOM! 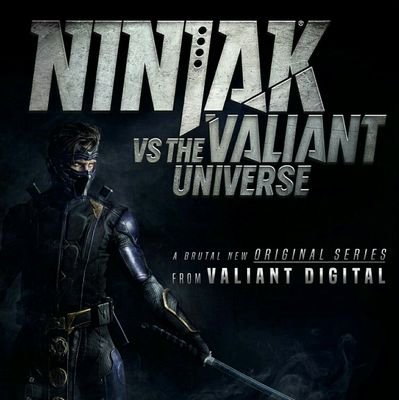 Valiant reached out to Aaron and Sean Schoenke creators of the Youtube series, "Super Power Beat Down" to ask for Valiant characters to be integrated into their show.  Instead, Aaron and Sean came up with the idea of doing something bigger.  This is how the idea for Ninjak vs The Valiant Universe began.  The series will show many of Valiant characters in a live action series.  This will be the first time many of the characters have been depicted in live action film.  The series has cast actor Michael Rowe as Ninjak.  You may know of Michael from his work playing Deadshot on Arrow.


“Colin King is Ninjak, MI-6’s deadliest intelligence operative and weapons expert. When the ruthless assassin Roku exploits his greatest weakness, Ninjak will be forced to betray his closest allies. Now, on the run, he must face off against the most powerful heroes known to man for a high-octane, take-no-prisoners trial by fire more perilous and more unpredictable than any he’s faced before. In 2017, the world’s most dangerous super-spy goes to war with the Valiant Universe…” 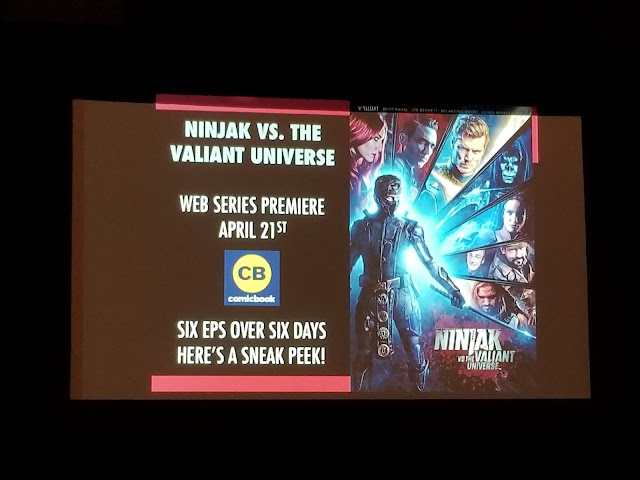 Mel Caylo the new comic marketing guru of Valiant has said that there will be a date released today at the Valiant C2E2 panel.

Toylab Interviews with the Caste
We are excited to bring Valiant fans an exclusive interview with Livewire herself actress Ciera Foster! She is really cool check out this interview to learn how she has gone from a basketball player to a super hero also her connection with Chuck Norris. 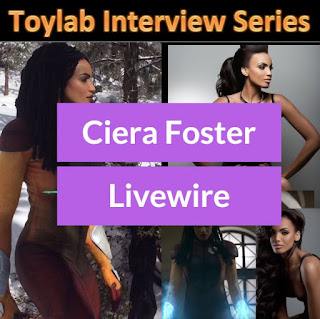 Official Description:About Ninjak vs the Valiant Universe Season 1The six-part series stars Michael Rowe, a.k.a. Deadshot from Arrow, as MI-6 master assassin Ninjak. After betraying his closest allies and going on the lamb, Ninjak has to face off against a series of Valiant heroes in order to survive. It’s directed by Aaron and Sean Schoenke, creators of the hit YouTube series Super Power Beat Down, which is known for its strong action sequences. It’s the first project from Valiant Digital in a planned line of original live-action and animation content for the web.

Pictures from Ninjak vs the Valiant Universe: