Buy Low and Sell High is a rule in investing.  Right now many people are focusing on popular new comics but I think there is a massive opportunity to focus on some obscure comics that are likely to grow in importance in the near future.

I consider something of an expert in the Marvel Cosmic Universe.  As many of these characters role out to the MCU I see a shifting of importance of certain characters and races.  Marvel does not have access to its full print catalog of Alien races, and in fact is missing many of them.

Consider this what film rights Fox owns through either the Fantastic 4 or the X-Men licenses:

Appearing in the MCU is HUGE!!!
Generally speaking when a character begins to appear in the MCU, they will also begin to appear in cartoons and merchandising.  This has the overall effect of making some obscure characters like Rocket Raccoon into household names and to greatly increase in importance.  This is also leading to something of paradigm shift on who some of the most important aliens and alien characters are in the Marvel universe.  Many of the most expensive comics at Marvel focus on the Shi'ar, Badoon, and Skrulls as these come from old (Generally F4) comics.
It should also be noted is that future comics are generally focusing on characters that are in the MCU as well.

I think people need to begin altering their view point as those characters are now trapped outside of the MCU.  The characters that are within the MCU have a major advantage.  James Gunn, and Chris Pratt have mentioned that there are going to be 3 Guardians of the Galaxy films.  There will also be some cross overs with the cosmic characters and the Avengers in the 2 Infinity War films, and there is also a Captain Marvel movie in the works.   The Inhumans movie may also focus on the groups Kree origins in some way.  This means that there will be 7 huge films that focus on the aliens that are within the MCU.

Aliens races that are within the MCU:

Kree Kree Kree
My first an immediate thought is that the Kree are going to become the most important alien race at Marvel.  Kree have already appeared in Guardians of the Galaxy and in Agents of SHIELD.  They have been tied already into the origins of the Inhumans.

The most popular Kree character has long been Ronan the Accuser who is the main villain in Guardians of the Galaxy.  However, his first appearance is pretty expensive, and he also seems to be dead in the MCU.  There are other Kree characters and villains though that could show up and are still very cheap!

3 comics I have seen in 1 dollar dust bins recently are actually important to various Kree characters.

Kree Character first appearance that can be had on the cheap:
I have found the nearly the entire Quasar 90s series available for as low as 10 bucks.  Yes there was a lot of over printing in the 90s but a lot of this is focused on historic low demand for obscure Kree characters.  Also consider that Quasar is also available for use in the MCU.

Krylorians
When it comes to Krylorians there is really only one character of substance in comic history and that is Bereet.  Bereet actually appeared in Guardians of the Galaxy she is the fusia girl in Quill's ship at the beginning of GotG 1.  Many think that Bereet could reappear in future films as well.  I can tell you that even though she is not important she has been consistently one of the most popular searched for characters on my site.
Other Krylorians also appear throughout GotG 1 including Roman Dey's wife.

I think other opportunities exist within this space.  I will keep doing research.  Let me know if you agree/ disagree with me and also if you have any other books that deserve to be mentioned. 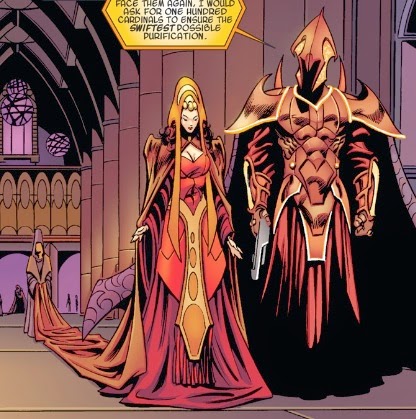 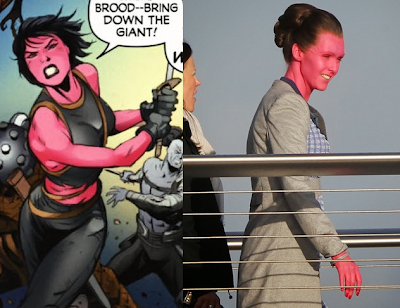