Were Jason and Cheryl Blossom lovers? Were Jason and Cheryl Blossom lovers?  The first question you are likely asking yourselves is "Did you go there?" Well yes, I am going there!   Face it one of the ways Riverdale has been adding a creepy feel or as they say subversiveness is through scenes of Jason and Cheryl.  Its creepy first because Jason is dead so seeing him alive kind of feels like you are talking to the dead.  But also everything about Jason and Cheryl seems to hint, and hint pretty strongly that the two were lovers.

Look at the evidence.

What is Riverdale?
Riverdale is a new show based off of Archie Comics but has a darker tones.  Of course the series would not be complete without the iconic song "Sugar, Sugar".  I was really struck by how cool the new Sugar Sugar song sounded.  It has a lot of the sweet and catchy notes of the original but has been made a lot more edgy.  It seems to fit very well in the new Riverdale series. 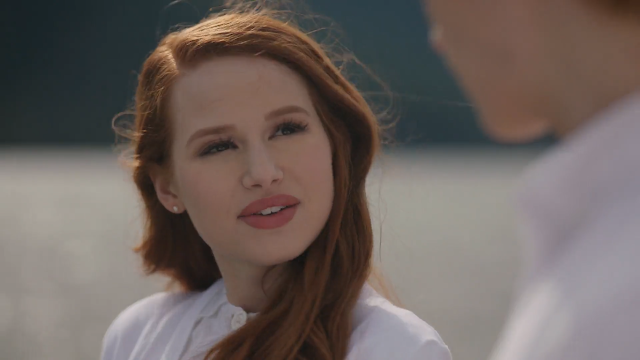 The first scene of the show has Cheryl and Jason driving in a car together.  The two are listening to a love song about forbidden love.

Cheryl and Jason are shown holding hands on multiple occasions.  This seems way to close  for most siblings of the same age.

Cheryl refers to Jason as her Soul Mate.  Soul mate is affectionate word that is normally saved for lovers and not family.

Cheryl and Jason are shown drinking out of the shake at Pops!  Who does that?  Does anybody do that?  Really?  My wife tries to drink out of my coke at the theater sometimes and I'm like Nope get your own.  If my brother tried to do that I'd punch him in the eye.  That is straight weird.

Cheryl has seemed to be attracted to Archie - Who conveniently looks a lot like Jason Blossom.  Actually wonder if there is more to that, like is Archie related to the Blossoms some how.

When Cheryl's mom catches Cheryl in her brothers room she tells her that she can't be sleeping in her brothers bed anymore.  It is not clear if her mother was referring to when Jason was alive or dead.

When Betty brings up that Polly dated Cheryl, Cheryl seems to get jealous that Jason was dating anyone (but her of course).

All of these moments do not really constitute a smoking gun that the two were lovers.  Its possible they were just creepy close twins but.....it sure seems like the show wants us to think that they were together.

In the end it seems that Jason was just a protective brother of Cheryl.   However,   Polly was a 2nd cousin of Jason making that union a little questionable.


Jughead's Burger of the Day: 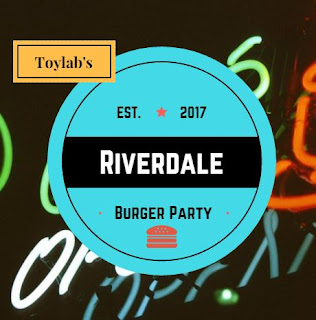 I can't help but associate Archie comics and Jughead with Cheeseburgers so I am going to start calling out the best Burger Ive had each week with each post.  Initially, I was going to do a podcast called Riverdale Burger Party and I was going to get cheese burgers, watch the show and talk about both the cheese burgers and the show.  No I don't get paid for this or anything.  I just like Cheese Burgers.

As I am coming home, jazzed to get cheese burgers and watch Riverdale disaster struck.  My radiator house broke, leaked whatever and my car started over heating.  That kind of ruined that attempt at the Riverdale Burger Party cast.  That said I am still going to try to do it.

Even after the car problems I did manage to get an excelent cheese burger (granted it was like a day later).  My family went to a restaraunt that is new to Denver called Culvers.  Culvers is from Wisconsin and damn do they make a great cheese burger!

I got the double stack Butter Burger.  Two slabs of meat big thick slices of cheese on one of their Buttered buns.....Damn!!!!!  It was freaking delicious.

It almost made up for my freaking car breaking down.  Alright that is a lot to expect from any sandwhich.