The Mystery of who Killed Jason Blossom

Jason Bloom was a popular football player and brother to Cheryl Blossom. In the summer prior to the events of Riverdale Season 1 Jason Bloom went missing. Cheryl initially said that her brother had fallen into the river retrieving one of her gloves. Initially, Jason was simply missing however his dead body was found and identified by Moose and the Sherrif's son Kevin. Jason's body revealed a few more shocking details beginning with the fact that he had been shot in the head. The other detail was that prior to be shot he had been kept alive and restrained for two weeks. The case of Jason Bloom continues to get weirder and the question remains......


Polly was pregnant with Jason's child and planning on running away with Jason in a hidden car that was full of drugs.  (That may be the most action packed sentence I have ever written!)

FP Jones is arrested for the murder of Jason Blossom in the episode "Anatomy of a Murder".  However, Betty and Archie broke into JP's apparentment and know that the murder weapon was planted and that FP Jones was framed.


Witnesses on day of his disappearance:

Cheryl Blossom -
Sister of the victim she is the last person to see Jason alive.  They were at the Lake together.  Initially, Cheryl claimed that her brother fell into the lake retrieving one of her gloves.  When Jason's body was found with a bullet wound to his head, Cheryl was arrested and interrogated.  She admitted to having lied about Jason falling into the Lake.  Instead she claims that Jason wanted to flee Riverdale and hoped if he faked his death that his parents would not chase him.  Cheryl was to cover for him by saying he fell into the Lake.  Cheryl claimed to have expected Jason to call her or email to tell her he was ok.  This never happened though.  She claims not to know why her brother wanted to skip town.


Archie Andrews -
Was having a "romantic" picnic with Miss Grundy.  Their "meal" was broken up by a gun shot at the lake.  Archie initially hid that he had been at the lake to protect Miss Grundy but after the body of Jason Blossom was found he came forward.


Miss Grundy -
Was having a romantic picnic with her student Archie Andrews.  She has still not come forward to police in fear of authorities finding out about her inappropriate relationship.  Could she be hiding more?


Cubscout Leader -
A cubscout troop was at the Lake the day that Jason Blossom went missing.  Though the leader has denied any involvement in the gunshot. one of his scouts admitted that he was instructing the troop on how to fire a gun.  The gunshot that Archie heard was likely that of the Cubscout Leader.

Kevin is interesting.  First he makes some interesting comments about everybody being a suspect including himself.  Kevin also has access to fire arms due to his father being a Sherrif.  It also seems that Kevin is just always around, a part of things, but also not sharing much about himself.

One very interesting thing about Kevin is that he and Moose stumble upon Jason's dead body.  Kevin is the one who identifies the body as Jason, and notices that Jason had been shot.  It also seems that Kevin led Moose to the lake to that spot.  Its possible he used the relationship with Moose as a cover for his real motives which was simply to have Jason found.

One unclear thing about Kevin is what his motivation would be to want Jason dead. 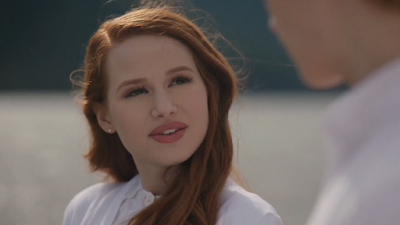 Was the last person to have seen Jason alive.  Her initial story was also a lie.  However, I don't understand what motive she had to kill her brother but it could have been jealousy.  The show strongly hints that the Cheryl and her brother were more than just brother and sister.  We actually have a post on just that.
When Jason gets engaged to Cheryl could she have found out and killed him?  She seems like she was surprised to see Jason's name on a list with Polly but that could be just an act.

Southside Serpents -
Jason and Polly were planning on leaving Riverdale in a car full of drugs.  Where did they get those drugs from?  Did they steal them? buy them?  It seems like criminal activity on that level would run through the local criminal gang the Southside Serpents.  Perhaps Jason was killed as part of a deal gone bad.

Cubscout Leader-
His troop likely would have seen him if he had done anything wrong however he is the only person known to have fired a gun near where Jason was killed.  Jason was killed by a gun.  He does not seem to have any motive.

Betty also found out that Jason Bloom had been a previous student that she had given "personal" lessons to.   Additionally Betty uncovered that Ms Grundy is a fake name and that she carries a gun in her car.   This information all came out when her Mother discovered her notes and Ms Grundy agreed to leave town rather than have her secret spilled.

Her real name is Jennifer Gibson and she is from Minnosota.  When Archie confronted her about her fake name she claimed to be a former abused wife who was fleeing from her violent husband.  This claim has not yet been proven true or false.  She then assumed the identity of the late "Miss Grundy" a former resident in the town.  How Jennifer found out about Miss Grundy's identity is unknown.

While she does have a personal connection with Jason I think it would be hard for her to have kidnapped Jason without Archie having noticed it.  Also if she was attempting to cover her relationship with Archie then kidnapping and murdering another boy around the same time and place would be pretty stupid.  All that would do is draw attention to her relationship with Archie as Archie would be her only alibi.

The Coopers:
Alright really every single one of the Cooper is a potential killer of Jason.  The family hates the Blooms and the relationship between Polly and Jason could have certainly driven anyone of them to kill Jason.

Polly Cooper had slept with Jason Blossom who put her on a football scoreboard that awarded points for different female conquests.  Polly has not been home and reportedly getting help according to her mother after an undisclosed trauma.  She would have the motive of revenge in the death of Jason Blossom.

It is later revealed that Jason and Polly were engaged and were planning to run away together.  Further Polly was "sent away" in part to hide the fact that she is pregnant with Jason's child.  When asked about Jason by Betty it was revealed that Polly had no idea that Jason was even dead.  She did seem a little crazy though so its hard to know if she would even know if she did kill Jason or not.

Betty Cooper-
Betty was shown to go fairly crazy when attacking the boys for slut shaming.  She is generally shown to be the most stable of the Cooper family but maybe she is hiding the biggest crazy mind of all.  Maybe she has another personality that killed Jason and now her main personality does not remember it.
Motive could be that she did not want her sister to run away with Jason.


Riverdale TV Series on the CW
Riverdale is a show based off of Archie Comics but has a darker tone. Jughead is a main character in the series and is played by actor Cole Sprouse.  Jughead serves as the series narrator.


Where was Jason held before being killed?

Why was Jason running from town?  Did he fear his parents? 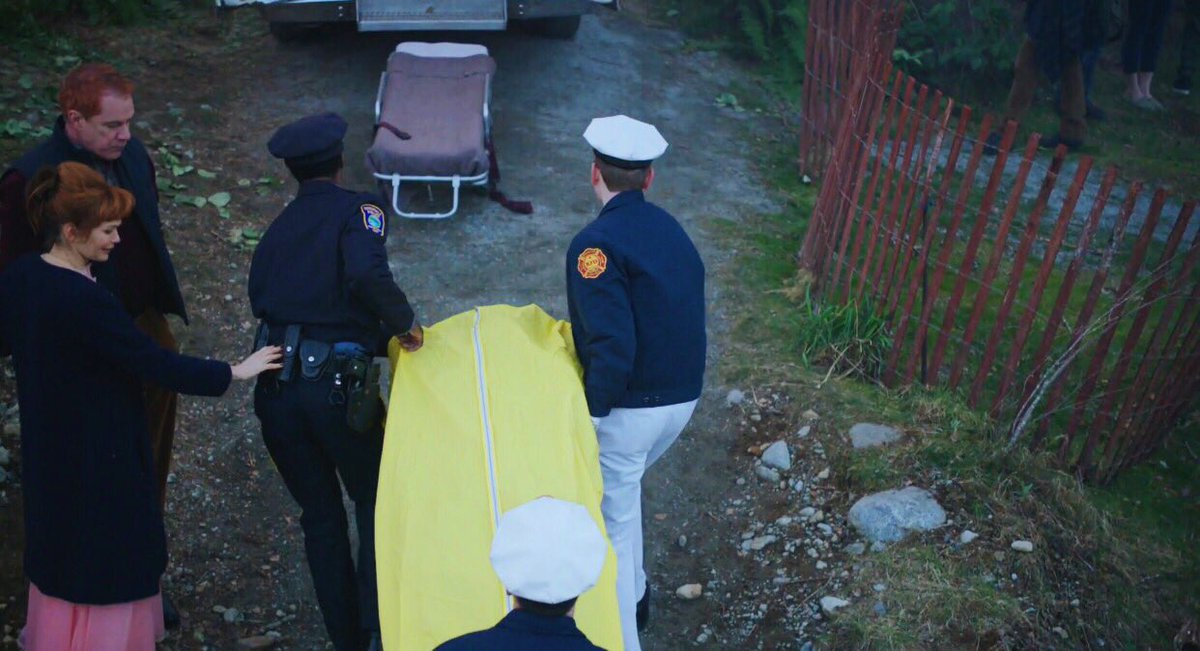