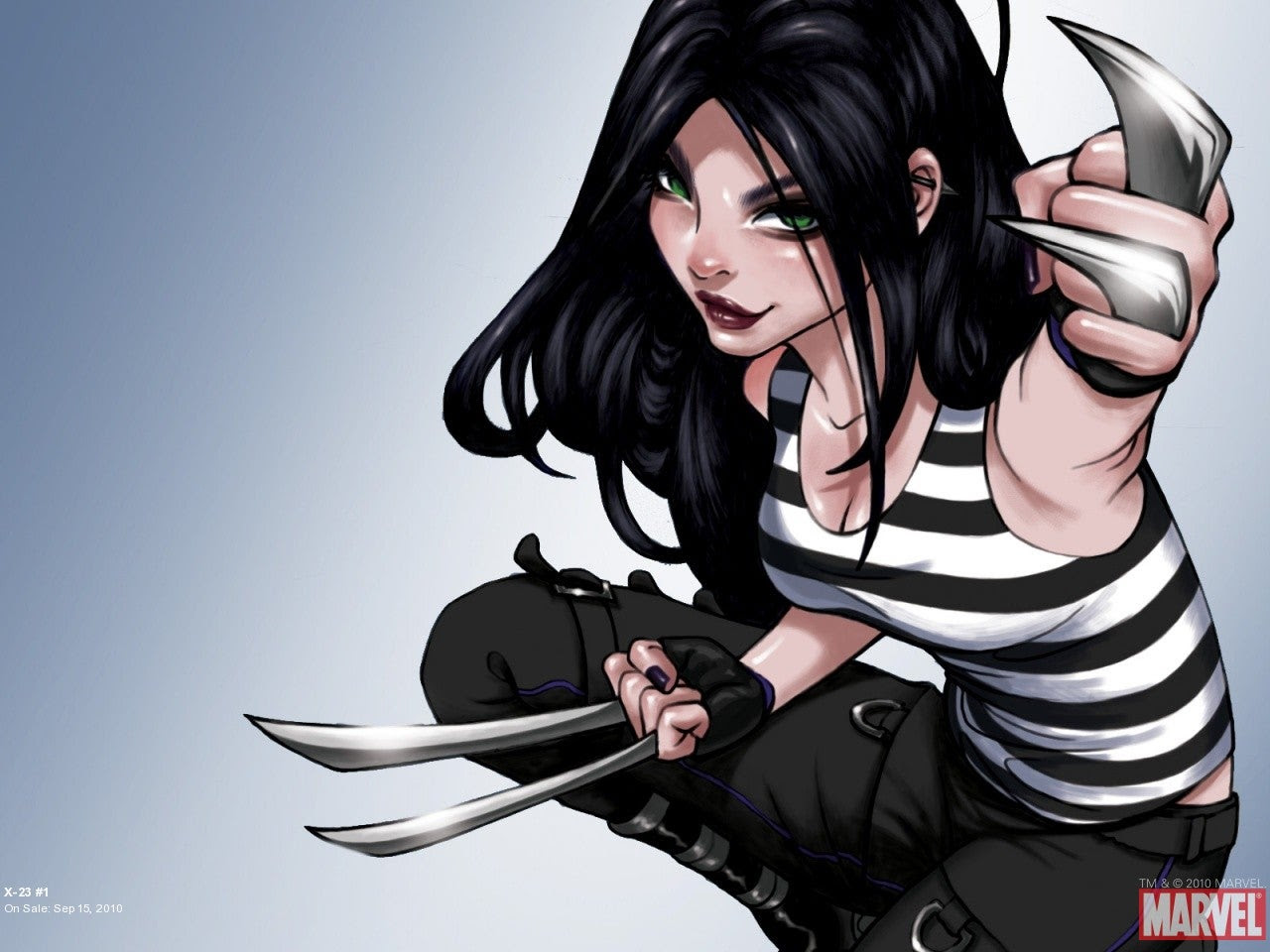 X-23 is a marvel anti-hero who is a clone of the popular X-Men hero Wolverine.  Due to how she was cloned she is a female clone of Wolverine who is male.  Actress Dafne Keen plays X-23 in the film Logan.


Wolverine News:
Wolverine Multi-Media:
Wolverine Store:
Toylab is a member of the Amazon Affiliate program so we can bring you great deals directly from Amazon quickly like Snikt Snikt Snikt!!!!! 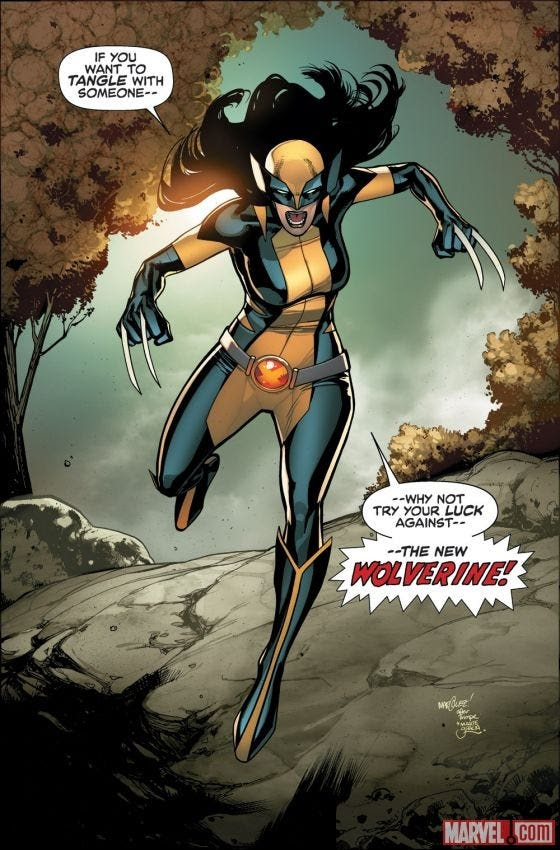 A new Weapon X facility is opened to recreate Wolverine.  After 22 failed attempts and reconstituting his DNA from an X chromosome the 23rd is successful and merged into an embryo.  A doctor working on the project Sarah Kinney acts as a surrogate mother to the embryo.  The child is born and lives for her first 7 within the confines of the Weapon X facility.  Sarah Kinney tries to remain emotionally unattached to X-23 but ends up having motherly feelings for her.   The other scientists on the project see X-23 purely as a means to an end, and train her to be an assassin without any sign of compassion.

X-23 is subjected to radiation material at the age of 7.  This very painfully activates her healing mutation.  Her claws are also coated in adamantium.  Further a trigger scent is created that drives her into a murderous rage when applied to a person.  The Weapon X facility plans to use the trigger scent as a means of targeting X-23 at specific persons.

Sarah Kinney's daughter is caught by a serial killer and she smuggles out X-23 and uses her to kill the killer and get her daughter back.  X-23 reveals that Zander Rice has used her to kill other scientists on the project.  Sarah is fired for her theft of X-23 but not before plotting X-23's escape.  She leaves a note for X-23 to kill Zander Rice and the other Weapon X's X-24 and X-40.  Laura does this but as she catches up Sarah disaster strikes.  Sarah had been coated in the murder scent and X-23 flew into a rage and killed her.  As Sarah died she tells X-23 that she loves her, and that her real name is Laura.  She gives her pictures of Wolverine and the Xavier Institute.

X-23 is then used again to target the sisters of Sarah Kinney.  However she learns of the plot and helps them escape.  She is confronted by one of her handlers from the Weapon X facility named Kimura and she kills her.  In the end Laura decides she must find the man responsible for her life and tracks down Wolverine.  She engages Wolverine in battle, and defeats him before revealing why she came.  Captain America also appears to arrest her for crimes but decides to let her go.

For a time X-23 works as a prostitute for sadomasochistic pimp called Zebra Daddy.  She eventually comes to her senses and kills him.

Eventually X-23 joins X-Force and later the X-Men before taking on the mantle of Wolverine after Logan was killed.  As Wolverine Laura must battle cloned version of herself that are attempting to assassinate her.

Healing Factor - Wolverine has regenerative power that allows his body to heal nearly any wound and fight off diseases.  The healing ability heals his body rapidly even from extremely grevious injuries.  This allows him to take serious punishment and keep fighting.

Feral rage - Fights with a feral nature that seems to increase his aggressiveness and potency in combat.

Claws - Wolverine naturally has bone claws that he can use as weapons.  While Wolverine has 3 claws, Laura only has 2 in her hands.  However, she also has claws in her feet.

Items/ Upgrades:
Unlike Wolverine Laura does not have a admantium skeleton.  Only her claws are covered in the indestructible metal.