How to beat Blissey? 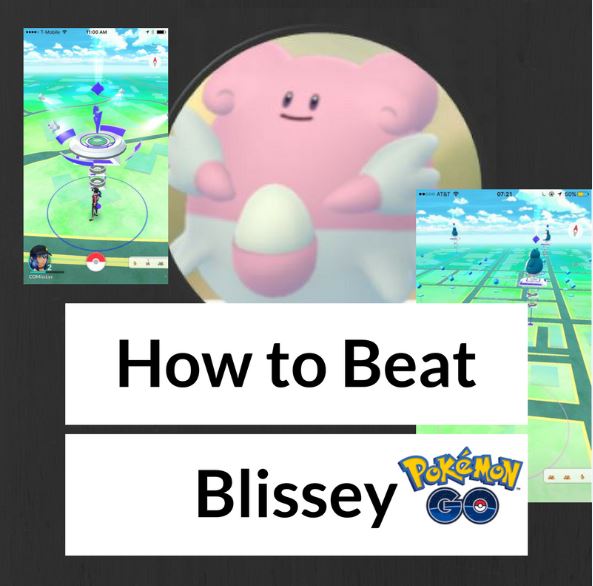 Blissey is a cute, funny looking Pokemon that has ironically become the ultimate Gym Defender in Pokemon Go.  This Pokemon is renowned for having the most HP in the game.  Chansey who is Blissey's preevolved form already had more HP than other Pokemon but Blissey takes that HP to the ultimate EXTREME.  The HP of Blissey is so high that it is very difficult to defeat it in the 90 second time allotted to battle a Pokemon.

Blissey has become the bane to many players existence.  One good thing about a gym with Blissey though is that it is very difficult for gyms to go up in Prestige when Blissey is present.  It is a great defender but an awful bubble Pokemon. 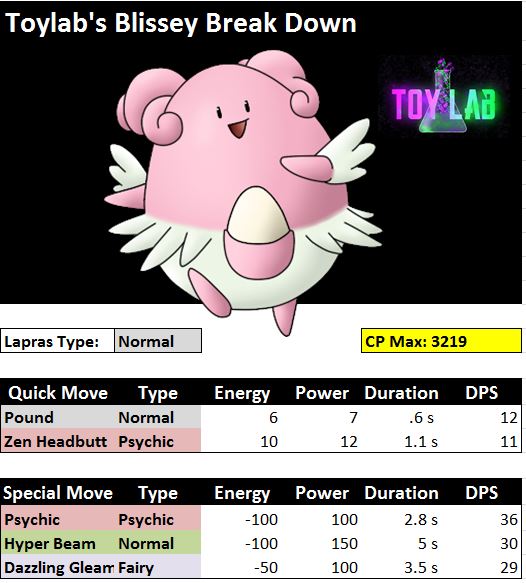 "Biting into one of the delicious eggs that Blissey provides will make everyone around smile with joy." Pokemon Crystal Pokedex.

Blissey is a Normal type Pokemon with a primary weakness to Fighting Type Pokemon.


Show your Pokemon Love with these fun Poke Products!
Welcome Pokemon Trainer do you need to stock up on some Poke Balls for your adventure?
As a member of the Amazon Affiliate Program Toylab can bring our guests great deals on Pokemon products like those recommended for you below:  It is very hard to find Blissey products but I have found some pre evolved Chansey products.


Now for the ultimate question!  How do you beat, how to kill, how to defeat Blissey.  What Pokemon is a counter Blissey?

Blissey's type does not factor into the discussion with Blissey as much as does its sheer HP.  The goal of a Blissey in a fight is to time out an attacker.  Basically if you take over 90 seconds to take it down then it wins.  While the 90 seconds is normally plenty of time, this is not the case with Blissey.   Blissey is the ultimate Pokemon Go tank with tons of HP and defense.   Blissey luckily does not have the highest attacks so it normally will not pose too much of a threat to your Pokemon.

With Chansey you are fighting the clock.  How much attacks can you unleash on it before the timer strikes 0.

Strategy for how to Take down a Blissey Gym:

1) Avoid Blissey until necessary:
Try to bring down the gym by attacking the Pokemon beneath the Blissey.  Remove as much Prestige as you can until you are forced to battle Blissey.  This also makes fighting Blissey simpler because you do not need to worry about the other Pokemon and Blissey can take your full focus.

2) Add Attackers:
The more people who attack the more time you will get to take down Blissey.  Plus the more presitge that sucked from the gym at once.  The more help you have the better.

3) Pick your attacker the Blissey Counters
Ultimately the Pokemon you want to use to take down Chansey is the one that has the highest DPS (Damage Per Second).  You also need to generally forego dodging and attempt to crank out as much damage as you can. 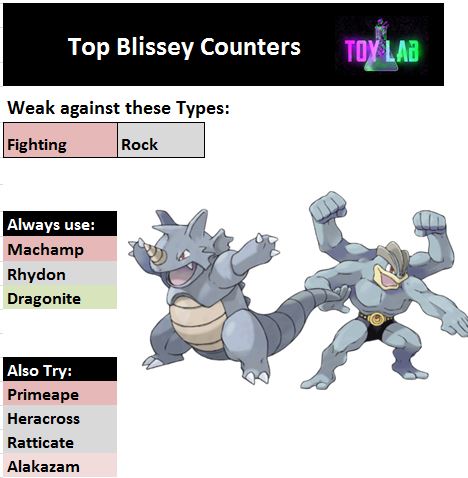 My favorite option is Machamp!
However you will need to occasionally dodge to keep him alive as he is defensively not as strong as he is offensively.

Good Options
I have seen people take down a Blissey using Alakazam, Primapes and Ratticate (with Bite, Hyper Beam).  I have yet to test this combonation but almost everyone has Primeape and Ratticate.

Vaporeon:
Vaporeon with Water Gun and Hydro Pump - I think most people have this Pokemon and it has a very DPS plus it can withstand the punishment that Blissey will unleash on it.  This will most likely by people's go to.  I really like Vaporeon here so if you lack these other options then default to Vaporeon.

Don't use Gengar.
Gengar is likely not a good option.  Gengar has some of the highest DPS moves in the game but he is weak against multiple of Blissey's moves.  This means that you will likely need to dodge significantly to keep you Gengar in the battle and this greatly reduces your Gengar's overall DPS from the match.


4) Don't Dodge just attack!
Dodging reduces the amount of damage you are doing and when you are battling Blissey you just are going to have to take your lumps.  The only attacks I would consider dodging are its specials.  Even there I wonder if I should have just kept attacking.