Warhammer 40k's Dawn of War III looks like it is going to be an amazing video game set in the 40k Universe.  As big of a property as Warhammer is it has only had infrequent success in the video game sphere.  They have sold more than a few low quality video games games that rode off the popularity of the Warhammer License and nothing else. One of the games that did have success was the Dawn of War game that met with both critical and sales acclaim.  Now a new Dawn of War is on the Horizon and looks pretty spectacular.

The game will feature the Warhammer 40k races of Space Marines, Eldar and Orkz


A "catastrophic weapon," known as the Spear of Khaine, is discovered on the planet Acheron, and three forces converge on the planet – the Blood Ravens Space Marines under legendary commander Gabriel Angelos, the Eldar led by Farseer Macha (returning from the first game), and an Ork horde led by Warlord Gorgutz (his fourth appearance, after Winter Assault, Dark Crusade, and Soulstorm)


Official Prophesy of War Trailer
Get an early look at in-engine footage of the third entry in Relic's real-time strategy franchise, Warhammer 40K: Dawn of War 3.

The Orks and Eldar will be a major part of the game.

What looks like Marine Titan taking on a group of Eldar 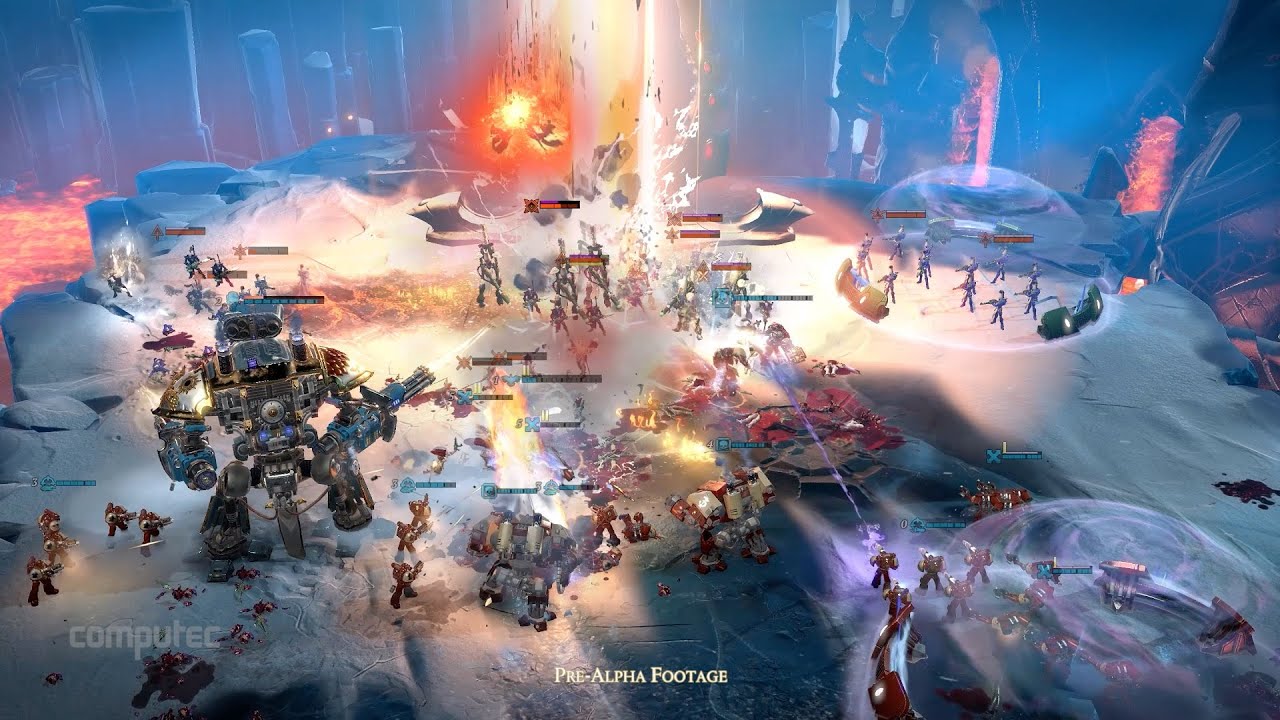