Who is Betty Cooper?

Betty is a love of interest of Archie the main character from Archie comics.  She has appeared in TV, comics, radio shows and comics since her first appearance in the 1940s.  Betty is played by actress Lili Reinhart in the C.W. TV series Riverdale.

More Dark Betty in Season 2?
In one episode of Season Betty tortured a student to gain information on slut shaming ring while doning a Black Wig. It seemed for a moment that she was overcome by the dark persona and nearly took things too far.  According to an interview with Lili Reinhart by Elite Daily the Dark Betty persona will be explored further in Season 2.  Betty will not wear a black wig this time but rather the show will explore where those dark emotions that overwhelmed Betty came from in the first place.  Reinhart explains that the pressure placed on Betty to be perfect take its toll on her psyche.  She further elaborates:


The mystery of Season 2 revolves a lot around Betty… Season 2 focuses a lot on Dark Betty. I think the way it was portrayed in Season 1 was like “Whoa, she's wearing a dark wig,” like an alter-ego, where it was a physically dark Betty. But in Season 2 it's a lot more… internally her darkness comes out, and it's a tortured soul Betty that you get to see. So it's a lot more of an internal struggle, rather than just a moment of putting on a wig.


More on the Elite Daily interview with Lili Reinhart can be found HERE. 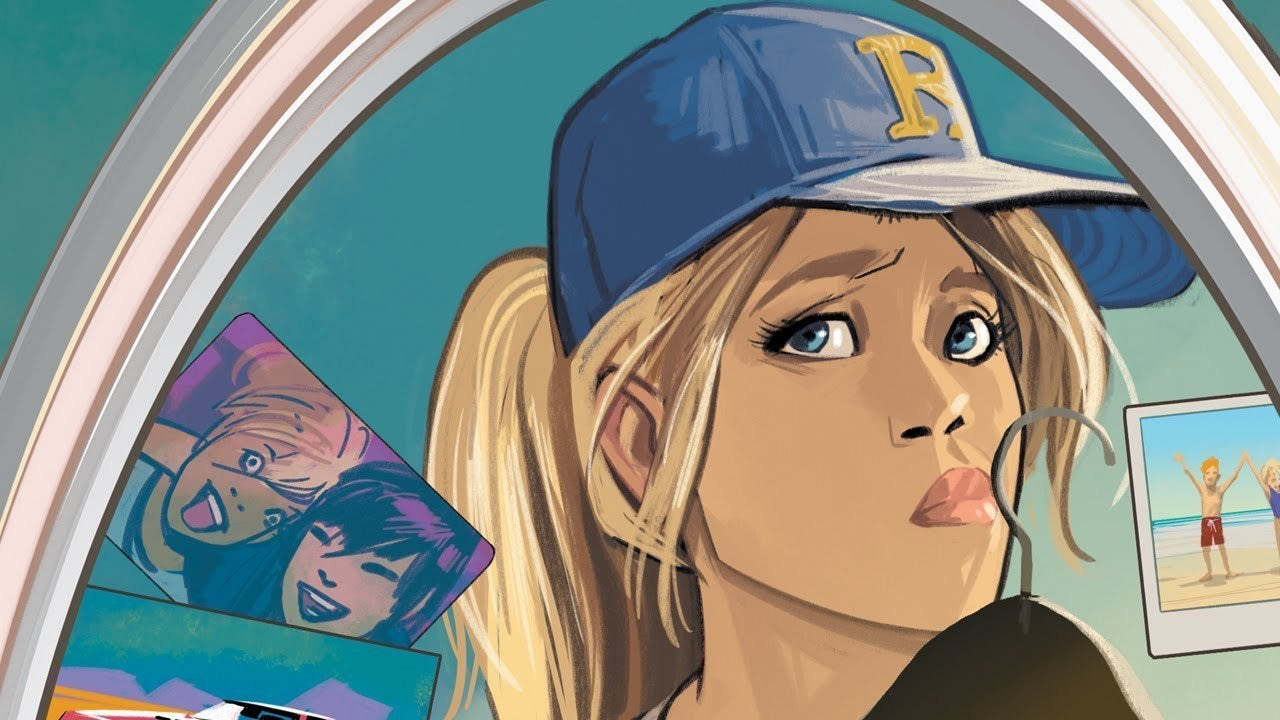 Betty is often depicted as the all american girl next door.  She is kind and friends with everyone.  She takes part in various philanthropic endeavors such as helping animals or the elderly.  She is often trying to get her friends and school mates to be more concerned with the environment and other social issues.

Betty lives in a middle class home with her father Hal Cooper and Alice Cooper.  She has two older siblings a sister Polly and brother Chic but both siblings have moved out of Riverdale.

Being a bit of a tomboy, Betty is able athlete, race car driver, skiier, baseball player, scuba diver and can fix cars.  When Archie has car problems he often turns to Betty for help.  A strong student Betty is one of the top students at Riverdale High School.

Betty often finds herself competing with the town's new girl Veronica Lodge for the affections of Archie Andrews.  While Veronica often makes Betty feel inadequate due to her immense wealth.  Betty can equally make Veronica jealous due to her skills and kind demeanor.  Despite their competition Veronica and Betty are close friends.

Both Jughead and Archie are also close friends.  Betty has also dated Reggie though usually only after Archie has begun dating Veronica.  While Reggie often acts very cavalier it has also been heavily applied in various stories that he really cares about Betty.  Betty has also had romantic interests with Jason Blossom and Adam Chisholm.


Riverdale TV Series on the CW
Riverdale is a show based off of Archie Comics but has a darker tone. Betty Cooper is a main  character in the series and is played by actress Lili Reinhart.

Betty is a cheer leader at Riverdale High School where she swoons after her friend, Archie Andrews.   Betty is a nice, some what shy girl and is sometimes pushed around by others who take advantage of her kinder nature.  Betty lives with her mother who is a reporter for the town's paper.  Her older sister has been moved somewhere safe after an apparent nervous break down and she has not seen her in months.

Betty and Veronica become friends and Betty introduces Veronica the song writer Archie.  Veronica can see that Betty is hopelessly in love with Archie and urges her to ask to him to the dance.  Betty gets shy in the last moment and asks Archie to accompany both girls as a group date.  Archie is initially hesitant but finally agrees to go.  Archie greatly hurts Betty's feelings by dismissing her emotions for him.

At a party at Cheryl Blossom's house Cheryl dramatically arranges for Veronica and Archie to have 7 minutes in heaven together.  Initially, the two awkwardly talk but do end up kissing each other.  Feeling betrayed by her new friend Betty storms out of the party.

At the high school pep rally Cheryl Blossom is overcome with grief and flees from the stage.  Betty chases after her but finds that Veronica is already their consoling her.

Veronica attempts to make up with Betty by buying her flowers and cupcakes.  In the end Betty decides to try to be friends with Veronica again.  The two decide to go to Pops and get ice cream sodas. They run into Jughead and Archie at Pops where the four all sit together and enjoy a meal.

As Betty helps Veronica deal with the football team slut shaming girls at Riverdale she uncovers that Jason Blossom had dated her sister Polly.  She learns in a sleep over with Cheryl Blossom that Polly and Jason had in fact been engaged.  Confronting her father about the information about Polly she is shocked to learn that both of her parents already knew.  Her father goes off on a rant on how his Grandfather had been murdered by a Blossom.  Betty begins to wonder if there is more to her sisters disappearance than her parents are saying.