The figures available in the series are:


Each figure comes with one component of the Sandman BAF (build-a-figure) which is a pretty massive figure once you have all of the pieces. Sandman is pretty huge, maybe a bit too big?  One cool aspect of this build a figure is that you have a variety of ways of customizing his hands.  In this way you can make his hands change shape into the various weapons and shapes that Sandman uses.

My favorite figures in the set are Ms Marvel, Shocker and Spider-Man 2099.

A closer look at the figures: Ms Marvel is the Kamala Khan version of the character.  I don't think I've seen many (any?) Kamala figures before and this is a really great one.  She comes with changable arms that allow you to give her either normal arms or to show case her powers with hyper long arms with huge hands.  There are no interchangeable legs to give her the stilt like legs she uses in the comics.  This is a minor qualm though because she otherwise looks very good. This is the new Spider-Man 2099 suit and I really love it.  I think the suit is a really bad ass upgrade of the old traditional Spider-Man 2099 costume.  I loved the cover of when this suit recently debuted and can't believe there is already a figure for it.

The figure is very sleek with bold colors that have a high contract.  He does have solid articulation.

He does not feature the Spider-Man 2099 talons on either his hands or feet.  Which I have heard has caused some consternation.  Some have also said that they think the figure is too big and that the head is too large for his body.  I tend to see the head's size having to do with articulation used on the kneck and his meant to help pose the figure. 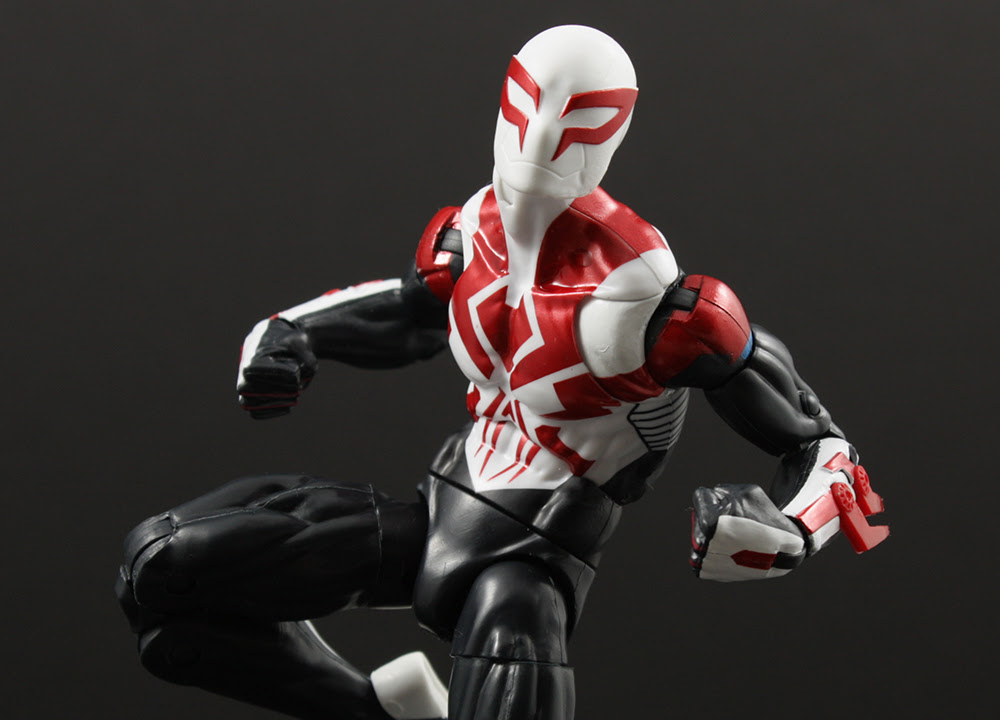 Green Goblin with his traditional suit.  He has his glider and pumpkin bomb and a pouch to pull the bomb out of.  His face, eyes and teeth all look really cool.  His body and green scale really pop with the paint used. Jackal is not my favorite Spider-Man villain but this is a really solid figure.  Lots of detail throughout that shows the Jackal's hair and skin.

The Black Symbiote Spider-Man from when Peter Parker wore the infamous black suit that would later go on to become the villain Venom. Spider-UK was a main character in the event Spider-Verse and has since then appeared in a few different Spider-Man titles.  He is basically the combination of Spider-Man and Captain Britain.  You can see the Captain Britain flag costume on his chest. 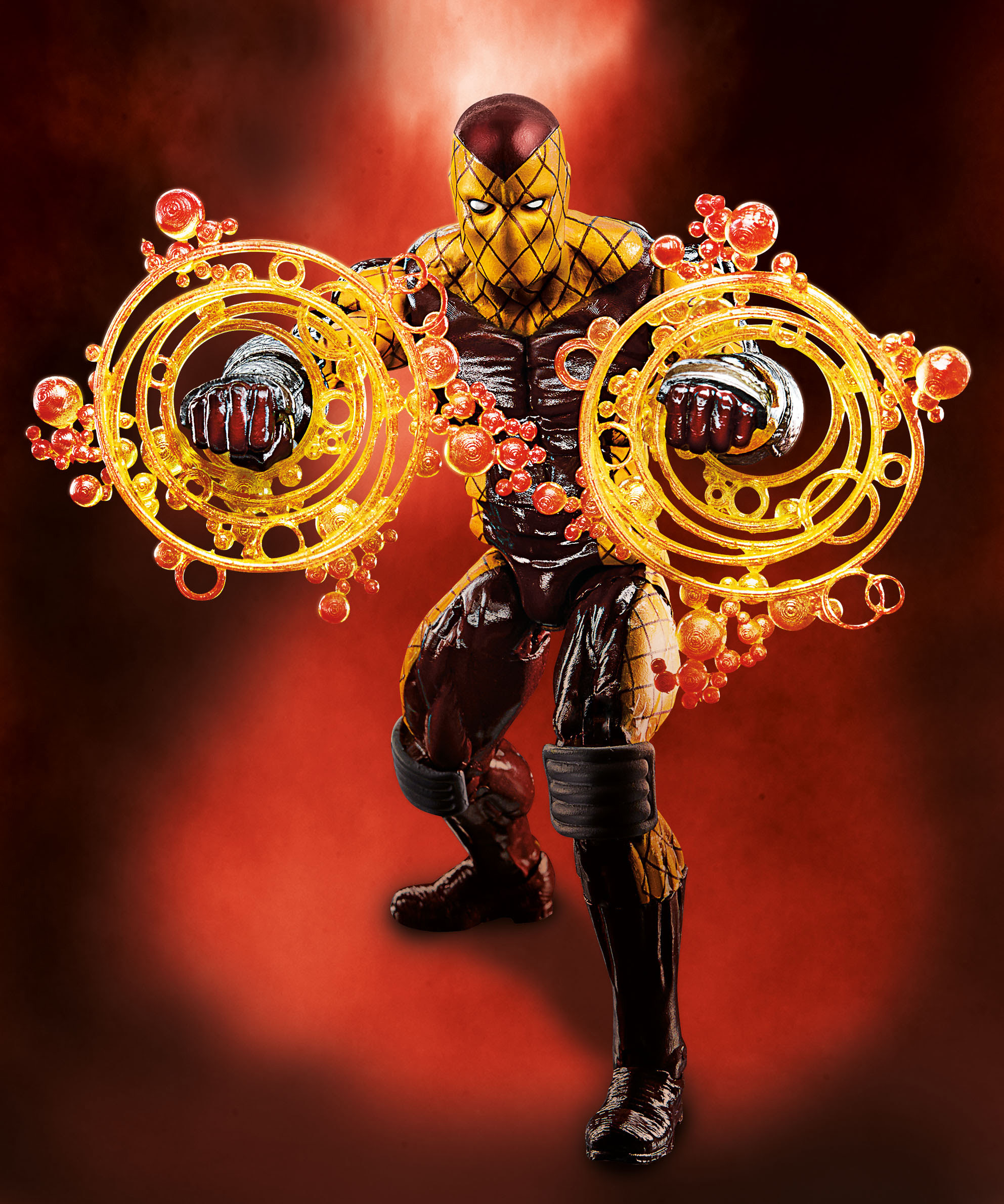 I actually like the Shocker figure best of all in the series.  I think he looks very cool.  Similar to the Havok figure he has the energy blast rings that go on his hands.  I really dig those rings and the colors they use to make them look organic.  They really pop.

The Shocker mask and costume are painted really well.  His face is cool in that features asymmetric eyes, where one is much bigger than the other.  This makes him look more villainous, or perhaps surprised.  I've also heard someone say that it looks like he is aiming and squinting one eye.

His gauntlets look like real metal with lots of divots and other wear and tear like details added. Accessories:
Vibration Blast Effects


Check out the Marvel shop up above.  It is designed to pull Marvel Legend figure deals directly from Amazon.