How to beat Tyranitar in Pokemon Go 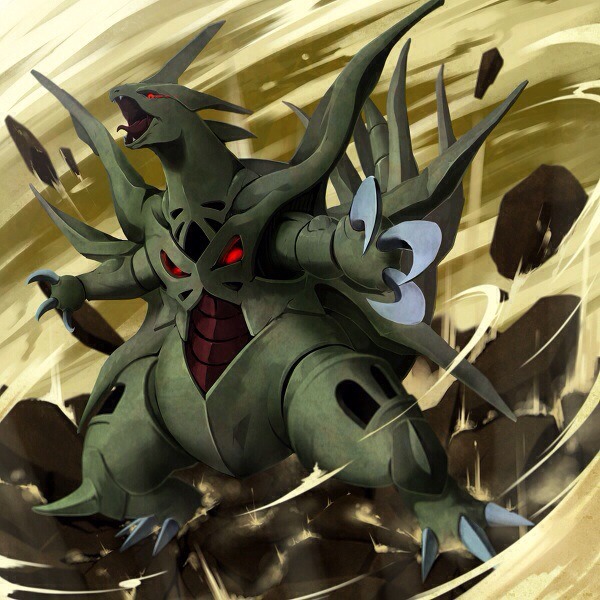 How to beat Tyranitar in Pokemon Go

In Pokemon Go gyms across the world players will soon hear:

Pokemon Go is gearing up to launch its Gen 2 pokemon.  Some of the Gen 2 Pokemon the babies have already been released.  There are a whole slew of other Pokemon coming and of them all I think the most feared and highly anticipated will by Tyranitar.  Tyranitar is a big, as one would expect from a Pokemon based off a Tyrannosaurs Rex.  It might be more accurate to say he is based off of T-Rex and Godzilla.  He looks very imposing, and will have a massive high CP.  Tyranitar will have the highest Max CP of all the Gen 2 Pokemon coming in at an astounding 3600 Max CP.

Tyranitar is also one of the top Pokemon Counter to use against multiple Legendary Pokemon.  It is a must for Legendary Raids!

That said Tyranitar does have some pretty big Type based weaknesses that should be able to be exploited.  In my mind this may make Tyranitar a attacking Pokemon rather than a gym defender.  That said I expect people to through them into gyms just because he has a high CP.  Many times people just through in high CP pokemon because they will be higher in the gym rankings.  Amusingly a gym of all low CP Chanseys (The Chansey Castle) would be far harder to defeat.

"Its body can't be harmed by any sort of attack, so it is very eager to make challenges against enemies." Pokedex entry from Pokemon Gold

Tyranitar is a Dark and Rock hybrid type of Pokemon.  It is the final form of evolution of Larvitar.  Larvitar evolves into Pupitar and Pupitar into Tyranitar.  Tyranitar's have been depicted in some Pokemon series as being able to evolve into a Mega Tyranitar that is even more powerful.  At this point I do not believe the Mega evolution will be available in Pokemon Go.

One ability that Tyranitar is famous for is Sandstream.  Sandstream creates a sandstorm weather effect that last the duration of its battle.  This gives Tyranitar a massive step up on other Pokemon it is battling.  However, like the Mega evolutions I do not think this will come over into Pokemon Go.  Moves for Tyranitar will likely include:  Crunch -Dark, Earthquake - Ground, Stone Edge - Rock, and Hyper Beam - Normal.   I will say though that many rumors have gone around about expanding the battle system in Pokemon Go so its possible.

WOW check out with these fun Pokemon Products!
Do you need a Christmas or Birthday gift for a Pokemon fan?  We have some awesome Pokemon toys and merchandise for fans young and old.  Pokemon fans love to have something to show their friends and it helps show that you care enough to know what they are into.  If you need a gift right now you can also find Pokemon products and toys at Walmart, Target, Walgreens, CVS, and Toys R Us.
Toylab is a member of the Amazon affiliate program and is thrilled to be able to offer a wide arrange of Pokemon shopping deals like these below:

Now for the ultimate question!  How do you beat, kill, defeat Tyranitar.  What Pokemon is a counter Tyranitar?


Tip: Generally Try fighting Pokemon!  They will get double type damage against Tyranitar!

I don't have a Machamp with a very high CP so for me I will still likely use Prime Ape, Poliwrath or Vaporeon.  That said a Machamp with fighting moves and a high CP would be a good counter against Tyrnaitar.  The FIGHTING moves type damage would be doubled.

Another fighting Pokemon to try is Primeape in particular if you do not have a strong Machamp.

The first option and I think the one that will be the most popular is using Vaporeon.  I know, I know everyone is saying Vaporeon again?  Well Vaporeon is a water type Pokemon and WATER is good against Rock.  Moreover, Vaporeon is powerful, high CP and also very popular.  I think everyone has a solid Vaporeon.  Too me the abundance of Vaporeon is the number one reason why I do not see Tyranitar lasting long in gyms.  There are just too many high level Vaporeons that will take its lunch.

Poliwrath is a fighting and water Pokemon and is high CP to boot.  Poliwrath would be a better option than Vaporeon all else considered if he has fighting moves.  Both Dark/Rock have a weakeness to FIGHTING which should double the type set damage delivered by the FIGHTING moves.  The  WATER from Poliwrath will also work well against Tyranitar they just won't get a double attack bonus like the FIGHTING moves will.