Guardians of the Galaxy 2 Legos

The Lego sets for the 1st Guardians of the Galaxy proved to be very popular so it should surprise no one that Lego is releasing 3 sets to go with the film.  There have not been great pictures of the sets yet.  The best picture comes from a current sets booklet that features an image as an advertisement.

The new Guardians of the Galaxy Vol 2 Sets Include: 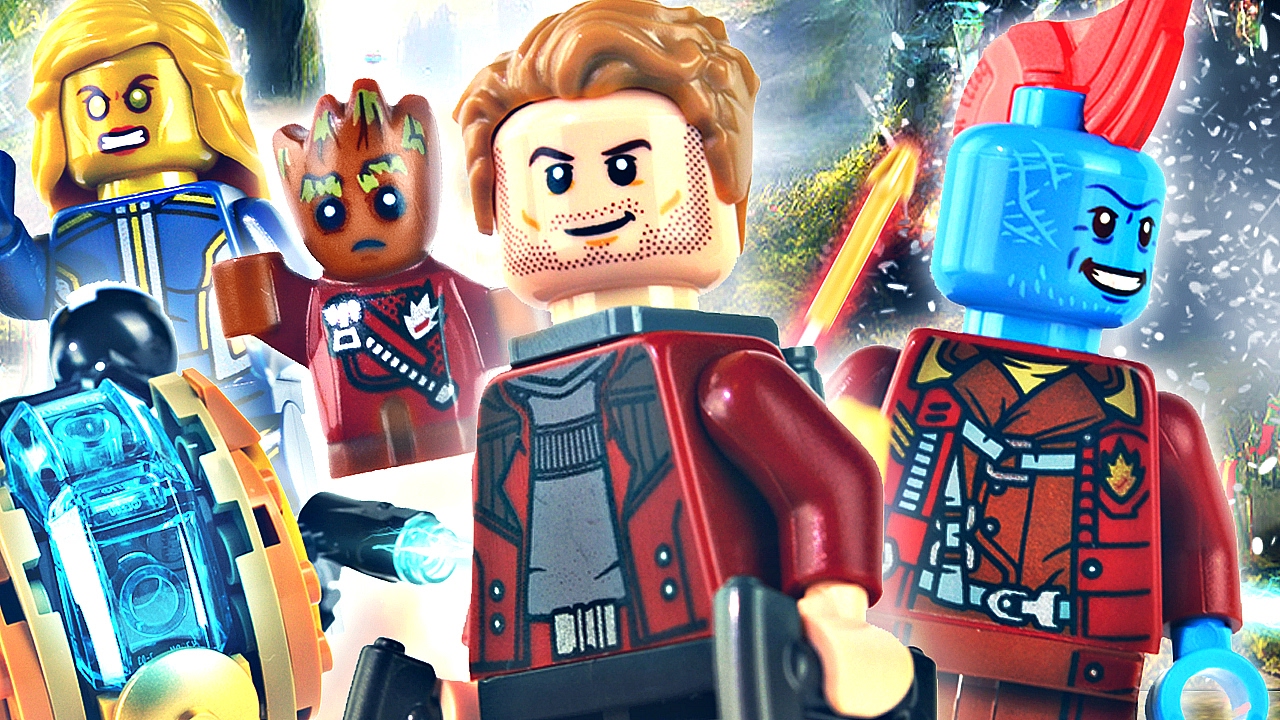 Here are the mini-figures in each set.  Note all of them are a little different than previous versions.  Star-Lord and Gamora were wearing red suits in the original Guardians sets and now they are wearing grey colored uniforms.

Mantis,Yondu, Ayesha, Taserface and Baby Groot are obviously all new to Lego.  Star-Lord appears in two sets he appears in the Ayesha's Revenge set without his mask and in the Milano vs the Abilisk set in a grey suit with mask.

Rocket, Nebula and Drax are different but look fairly similar to their older versions.

Here is what I can make out of the sets:

The characters included in Ayesha's Revenge look like Ayesha (suspected to be the main villain in the film), Star Lord, plus Yondu flying in a yellow ship. I think I see a baby Groot figure floating in the air in this set as well.  There is also a flying drone or small space craft in the set.  Ayesha appears to be standing on small round slab of red rock built of legos.

There appear to be two space ships included in this set with one being flown by Yondu and another looks like a Sovereign ship (Sovereign being Ayesha's people).

Want Ayesha's Revenge?  Get it now through Amazon in the link below!  Toylab tries to find the best Amazon Deals by being part of the Amazon Affiliate Program.

The Milano includes the main Guardians of the Galaxy ship, with the characters Starlord, Gamora, Drax and what I believe is Nebula. It also includes a giant space monster called the Abilisk that has been briefly seen in the trailer.  This set includes a Baby Groot which is super cute.  The Abilisk space monster in this set is pretty huge and has spinning tentacle like arms.

The Milano ship is really cool and it also appears to be able to fire various missiles.  The ship has a cool decale with the name Milano on it that is on the ship's wing.

Want The Milano vs the Abilisk?  Get it now through Amazon in the link below!  Toylab tries to find the best Amazon Deals by being part of the Amazon Affiliate Program.

The Ravager Attack looks to depict Rocket Raccoon facing off against a group of Ravagers. Rocket Raccoon has a large blaster gun. The set includes a Ravager vessel. There is also Mantis, I think this is the first time she has shown up in a Lego set.   The Ravager vessel is being flown by the new villain Taserface.  This is also the first time he has shown up in a Lego set.  All the characters here look pretty cool.

Want Ravager Attack?  Get it now through Amazon in the link below!  Toylab tries to find the best Amazon Deals by being part of the Amazon Affiliate Program.

A couple characters missing I don't see Ego, Tullk or any Nova characters.  I also don't see any signs of  Starhawk who is expected to appear in the film.  This makes think there could be an extra set we have not seen.  I would also personally love an army building style set that just has Sovereign or Ravager minifigures.

Guardians of the Galaxy Vol 2 Synopsis

Peter Quill a.k.a. Star-Lord and his band of misfits continue their cosmic adventures as protectors of the galaxy against all-new threats including Ayesha and the Ravagers as their team grows and Peter learns about his father, Ego the Living Planet, and true heritage.

Amazon Store
Toylab is a member of the Amazon Affiliate Program allowing us to provide these deals directly from Amazon.
Here are  products recommended for you by Amazon:


I will post more pictures of the sets as they arrive