Gen 2 Pokemon Go - What you need to know

Recent updates have filled Pokemon Go with tons of data.  There are new moves, new items and new images.  The new moves (Over 100 of them) in particular point toward the addition of many new Pokemon.  Who are these new Pokemon?  These are likely the Pokemon of what is called generation 2.  Generation 2 refers to the batch of Pokemon that began appearing in games after the first set did.  Generation 2 in the games was added on top of the traditional Pokemon and that is likely to be the case here has well.


On Feb 15th, 2017 Niantic released a statement that Generation 2 Pokemon would be released within one week.  80 pokemon are said to be released which is likely the full population of Gen 2 pokemon minus the Legendaries.

Will Adding Pokemon revitalize the game?

YES, but maybe only temporarily.

Adding Pokemon is one way to revitalize the Pokemon Go game.  Many people stopped playing the game after getting close to filling up there Pokedex.  Pokemon Go does not have the narrative story end game of the other games and so to many catching of all Pokemon is the games true end point.  I think the game needs to add some additional features like NPCs, PvP battling, Trading, TM1s, and Quests to further spruce up the game.  However,  for now it seems the quickest way to gain people's interest is to add Pokemon.   My hope is that new features and this 2nd gen wave of Pokemon are added about the same time so that the gained interest from the new wave is not wasted.  The new wave should pull people in, and new features should be there to keep and retain them.  My hope is that this is the reason why Niantic is waiting to pull the trigger on this wave.  Only time will tell on this front though.

As you can see Tyranitar is going to be powerful.  If you want to see how to beat see the post below:

Alright here are some Gen 2 Pokemon i will call out specifically.

Have you been saying "Ahhh Shucks (Or other profanity) its a beeping Zubat again!"  Then skipped past the annoying flapping pokemon.  Plus you have likely found its evolved form of Golbat to be something of a disappointment.

Well you might start changing your mind because Zubat will gain a higher level evolution in Gen 2 into Crobat.  While Zubat has not mattered much in Gen 1 its possible that the Crobat will be powerful enough to be more formidable in the gym battle arena.

Kingdra
Like Crobat above the Kingdra is a higher evolution of a pokemon in Gen 1.  In this case its the higher form of Seadra.

The Eeevee evolutions in Gen 1 have been very popular. These include gym worthy Pokemon of Vaporeon, Flareon and Jolteon.  In Gen 2 there will be two additional Eevee evolutions and these are Espeon and Umbreon.

Both of these will likely be gym worthy Pokemon.  I think of the two I prefer getting an Umbreon just because Dark Type Pokemon are so rare.

If the name trick to determine the evolution of the Eevee still works here is what you will need to name them.  (Flareon, Vaporeon and Jolteon all evolve to the respective form if you give them a trainer of that Eevee type from the cartoon).

"Sakura" and "Sayo" for Espeon
"Gary Oak" for Umbreon


Slowking
Slowking promises to be a very powerful Pokemon.  I say this because its countpart evolution Slowbro is already gym worthy Pokemon.
Slowking is not an evolution up from Slowbro it is an alternative evolution from the Slowpoke.  This is similar to the multi-pronged Eevee evolutions.  However, as of yet I do not know of any trick to force the Slowpoke to evolve one way or the other.

Blissey
Blissey has the potential to be the best pokemon in all of Gen 2.  Blissey is an evolved form of Chansey.  Chansey is already a freakily weird Pokemon with a massive amount of HP.  Blissey is like to increase tactics like the "Chansey Castle".  You can learn about the Chansey Castle in our Pokemon Go Tips, Tricks page on the link at the bottom of the page.


Bellossom
Bellossom evolves from Gloom.  Gloom will have another split evolutionary tree where it could evolve into either Bellossom or into Vileplum.

Steelix
Steelix is a powerful and defense heavy evolutionary upgrade of Onix.  He is also one of the rare Steel pokemon.

Politoed
Politoed is an alternative evolution for a poliwhirl instead of Poliwrath.  Poliwrath has been a pretty powerful pokemon in Gen 1 and I would expect the same out of Politoed.

Scizor
Scyther evolves into Scizor which promises to be a powerful bug pokemon in Gen 2.

Porygon2 is an evolved form of........Porygon.  No one would have ever guessed that.  Porygon is one pokemon that I have had zero luck finding in Pokemon Go thus far.  This means that I will have a very difficult time trying to collect enough candies to evolve one into Porygon 2.  I expect having one of these will be a pretty big deal.


My Favorite Pokemon in Gen 2
Those are all Pokemon who you can be hunting for Candy for right now!  However, none of them are my favorite Gen 2 Pokemon.

My favorite Gen 2 Pokemon is: 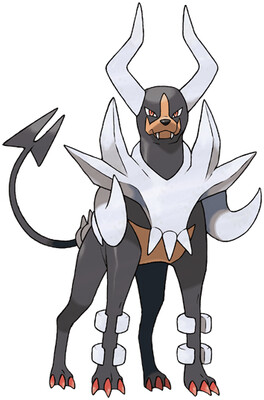 These are spooky Dark/Fire type pokemon that can get very powerful.  They look like the cross between a samurai and a devil dog.  I think they are one of the most intimidating pokemon in all of the games.

I would expect the Pokemon Suicune, Ho-Oh, Luqia, Entei, Raikou all to be super rare and maybe even legendary.

and yes of course I want Tyranitar.  EVERYBODY will want a Tyrantiar!