The Code-A-Pillar was a hit toy of Christmas 2016.  The toy helps teach children the art of coding and is super fun to play with.  The challenge with any toy as the months go on is to find a way to keep the toy fresh.  With Code-A-Pillar this is even more important because by keeping children advancing with it allows them to learn even more.  With this post we want to highlight some of the ways to expand the Code-A-Pillar game from what is beyond the box.  These suggestions range from basic things to Toylab's very own game that we call Conductor-Pillar to the iphone Code-A-Pillar app game.

There is a game you can download on your ipad or iphone that is a companion app for the Code-A-Pillar.  The game works as its own separate game with close similarities to the toy.  The two do not combine in any augmented reality type of way.  The game does re-emphasis a lot of the same skills as the toy does.


Guess who needs help? The cute, smart and irresistible Code-a-pillar™! Will Code-a-pillar™ make it to the end of the maze? Will he eat the right number of leaves and fill his belly up for the next challenge? It’s in your child's hands to find out! Fun rewards, sound effects and animations add to the play and learning fun!

The Conductor Pillar game is not an official game of Fisher Price its just one that a blogger at Toylab has had fun with and wanted to share.

The idea of the Conductor Pillar game is to add a fun story while creating interesting challenges.  The Conductor Pillar game involves using the Code-A-Pillar to deliver characters or packages to different locations while going over various obstacles.  We have found that Disney's small Tsum Tsums fit great between the Code-A-Pillar's antennae allowing it to carry a Tsum Tsum from one place to another.  My kids also seem to enjoy getting a map and making a room (Typically our kitchen) resemble the geography present on the map.  The game combines the Code-A-Pillar with my kids favorite stuffed animals for a really fun time.  I also reward my kids with hershey kisses when they complete a mission without crashing the Caterpillar Express. 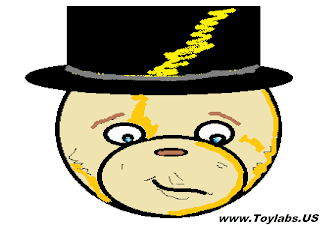 Delivery One - Take Ms Mouse to the Ball

Objective:
Get Ms Mouse to the Ice Castle without crashing into the Huge Mountain 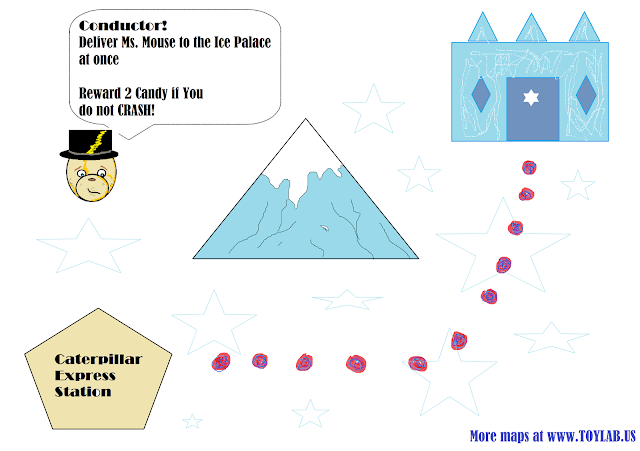 If we have constructed many missions by Dizzy and his Caterpillar Express.  If we see a big demand for maps we will keep adding them.


Deals on Coding Caterpillar on Amazon
Toylab is an Amazon Affiliate website lets look and see what Amazon has for the Coding Caterpillar.
The Code A Pillar is highly in demand this Christmas and is hard to find on shelves anywhere.  I also have not seen the Code-A-Pillar expansion packs fully stocked anywhere making Amazon the true to go place to get this toy.

Here are other products recommended for you by Amazon: