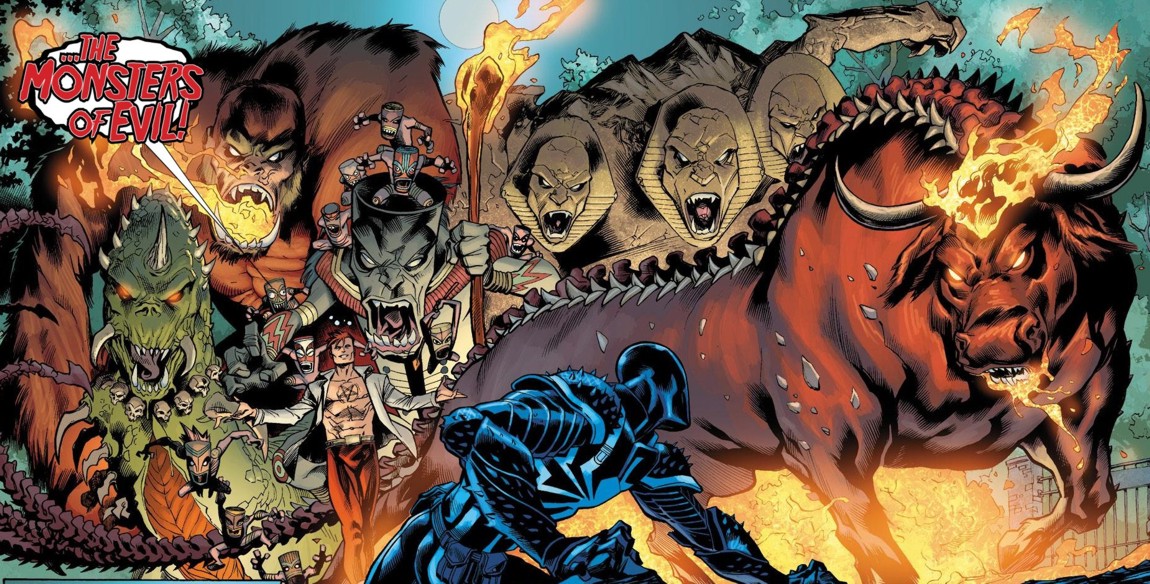 The Top 10 Most Evil Marvel Monsters!

Toylab's bloggers met to decide the top 10 most evil monsters.  This debate was actually some what more difficult than one might expect because many monsters were deemed to be simply misunderstood and not really evil.  After searching through the ranks of Marvel's monstrous characters we still found some evil dudes.

We decided not to include Demons or dark gods because otherwise they would make up the whole list.  So there is no Mephisto, Satannish, or Cthon on this list.  Humans were also kept out because they are not "Monsters" though there are many humans in the Marvel universe who could give the characters on this a run for their money.  We may revisit this with the villains of the Punisher some time as it would be a very interesting top 10.

We will attempt to rate the Marvel Monsters based off Yale Professor Michael Stone's Scale of Evil.
The Scale of Evil rates murderers based largely on their motivations to determine how evil they are.  The scale ranges from a 1 (Not evil) to 22 (Very evil).

The levels of the anatomy of evil are broken into 6 major categories and are described by Michael Stone as:

Killer but no Evil
1) Justifiable Homicide - People who kill for a good reason.  To save others etc.

Impulsive Murders in Persons without Psychopathic Features
2) Jealous Lovers, Egocentric, immature people, committing crimes of passion
3) Willing companions of killers, impulse-ridder, some antisocial trait
4) Killing in self defense, but extremely provocative toward the victim
5) Traumatized, desperate persons who kill relatives or others, yet have remorse
6) Impetuous, hotheaded murderers, yet without marked psychopathic traits

Persons with a Few or No Psychopathic Traits, Murders of a More Severe Type
7) Highly narcissistic persons, some with a psychotic core, who murder loved ones
8) Murders sparked by smoldering rage - resulting sometimes in mass murder

Serial Killers, Torturers, Sadists
17) Sexually perverse serial killers, killing is to hide evidence, no torture
18) Torture-Murderers, though the torture element is not prolonged
19) Psychopathic driven to terrorism, subjugation, rape etc short of murder
20) Torture-murderers but in persons with distinct psychosis (such as schizophrenia)
21) Psychopaths committing extreme torture but not known to have killed
22) Psychopathic torture murderers with torture as their primary motive.  The motive need not be always be sexual.

Is using this scale a bit overboard for comic book monsters?  Heck yeah it is but its great for discussion so lets do it anyway!

10)
Grottu King of the Insects

Grottu wants to conquer the world and seems indifferent to those he harms.  Some of this motivation comes from how both he and other insects are treated by mankind.  Due to him having an actual grievance and a reason for Rage he slipped down in the scale

We have assigned Grottu  to the 8 category of evil.

While perhaps capable of doing worse than many on this list Grottu does have real reasons for being angry with humanity and thus some acts could be considered justified acts of aggression. 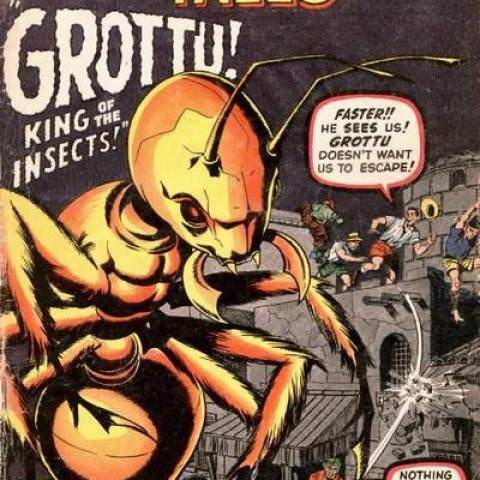 Fin Fang Foom jumped around on our list depending on what story we were looking at.  It should be noted that a fully rehabilitated Foom has been shown working with heroes in later stories.  However, for his long comic history Fin Fang Foom was depicted as an alien warlord bent on conquering the world.  Foom was willing to work with people to meet his ends but only so long as those people worked for him.  He is manipulative, power hungry and shows little qualms for slaughtering of people.  He slides down morally up though in that his motivations are due to goals of his people for conquest and not out of a desire to cause pain or harm.  His willingness to work with others also illustrates an ability to only kill when he feels it is needed to further his aims.

We have assigned Fin Fang Foom to the 8 category of evil.

We have made Foom worse on the scale than Grottu in part because he has no real reason to attack humanity other than seeking power. 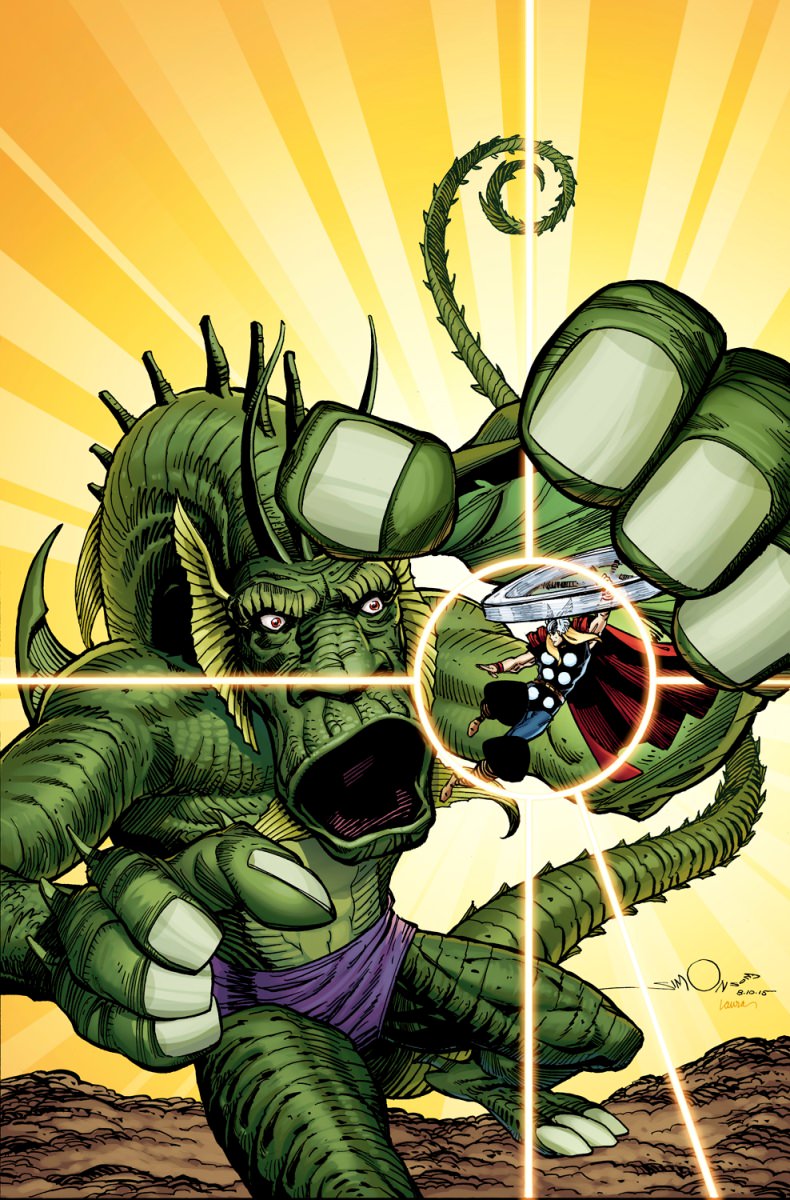 8)
Gigantus an evil would be conqueror

Gigantus makes the list as he is very uncaring toward the world populace and any destruction he creates in his attempt to take over the world.  Also his cowardice when faced by a seemingly more powerful opponent seems to make him even more vile.

We have assigned Gigantus to the 13 category of evil.

While Gigantus has no qualms with killing massive amounts of people he does so on the orders of others whether it being the King of Mu or the Mole Man.   In this sense it is hard to classify him as a true schemer who is thinking out all of his terrible actions.  He is simply a powerful and indifferent cog.

Moomba is a giant monster who also want to take over the world.  He schemes ahead by putting special statue soldiers all over the world and waiting for those statues to be taken into homes and building before animating them.  Moomba shows a great deal of uncaring for the well being of others as well as high level of scheming.

We have assigned Moomba to the 14 category of evil.

Moomba is indifferent to the level of devastation he causes and also planned his moves in advance. 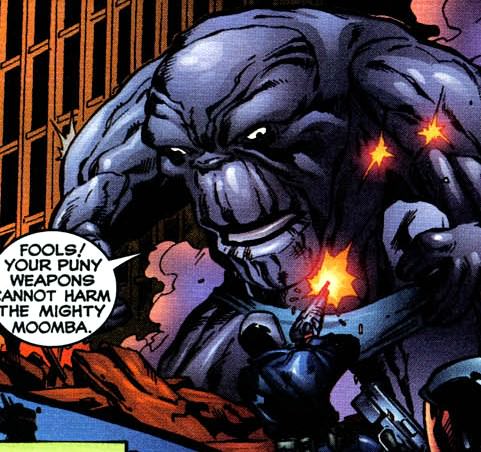 The only thing holding back the Living Statue is that he does not show signs of torturing his victims.

We have assigned the Living Statue to the 15 category of evil.

He is cold blooded in his pursuit of murder but does not seem to desire torture. 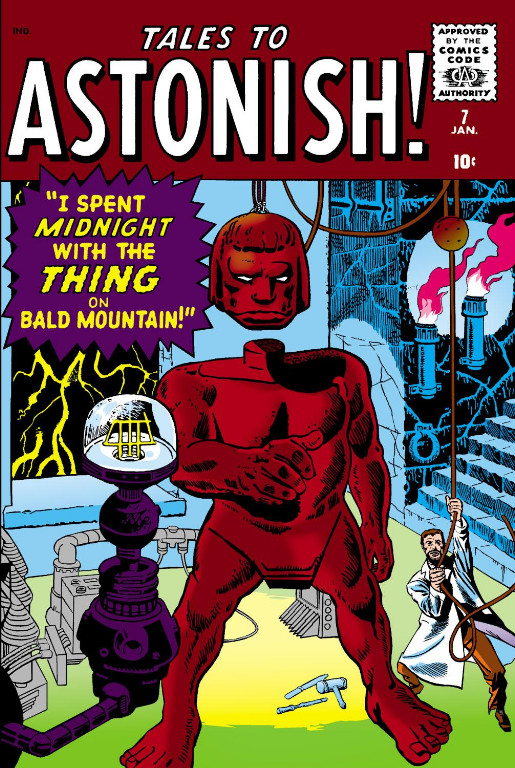 There is something evil generally about taking over the tools of people and use them to harm people indiscriminately.  It is an act of perverting safe things and making them evil things as a form of torture and subjugation.  This is in part why Trull climbs so high on our list of most evil characters.  Trull also seems far more evil in later appearances with Ghost Rider than he does in his initial appearance.

We have assigned Trull to the 18 category of evil.

18) Torture-Murderers, though the torture element is not prolonged

Trull does not seem to prolong his torture but quickly uses the machines under his command to kill and assume control.  His torture is aimed at taking control and subjugating others. 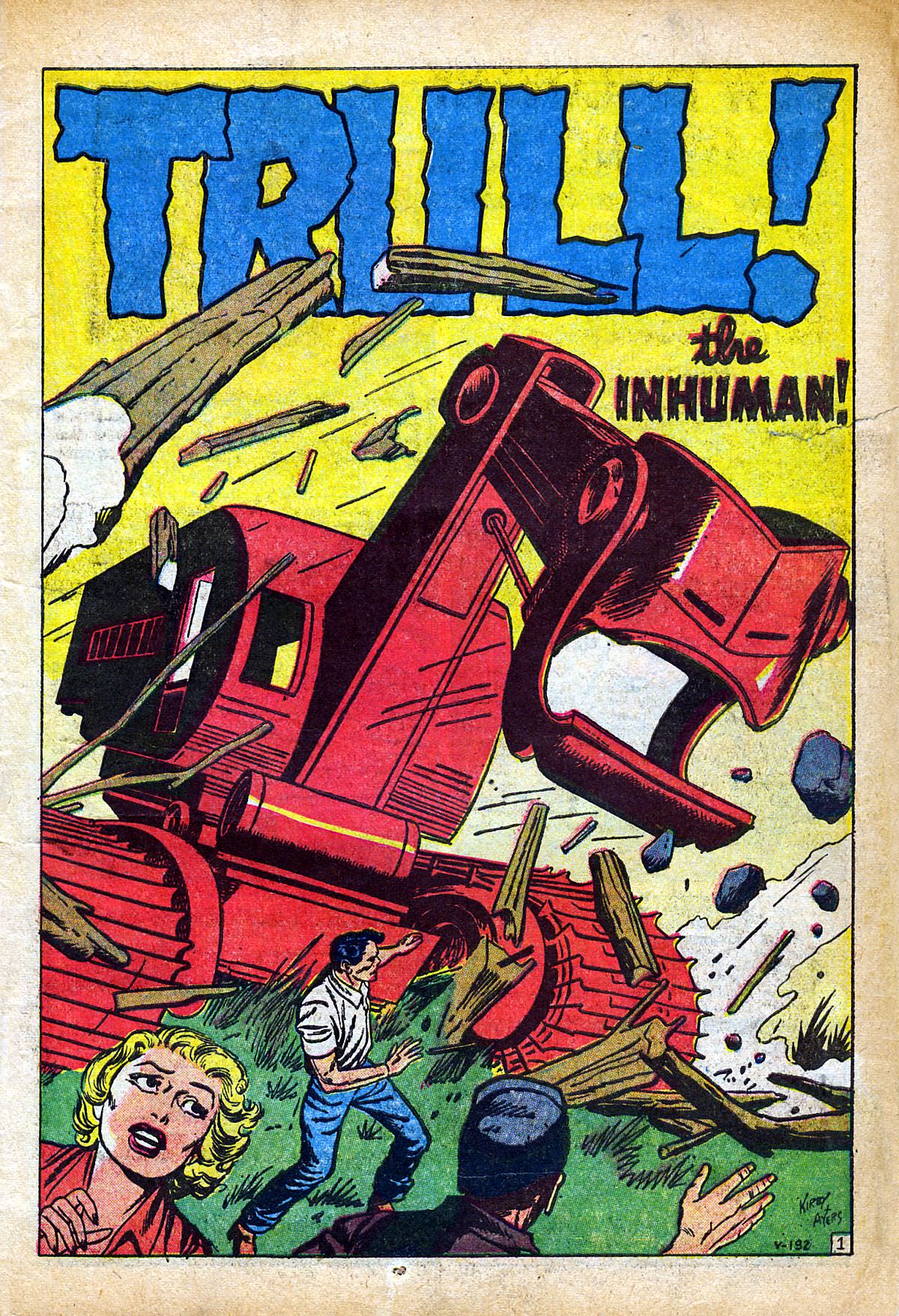 Orrgo shows disdain for all creatures that are less powerful or intelligent than him which makes up almost everyone.  His only restraints come from the selfish worry of not getting beat up or killed.  He is not courageous or willing to put himself out for a cause beyond himself.  This makes him for all his power very evil.

We have assigned Orrgo to the 19 category of evil.

He is also has initial reason for his attack on Earth other than to show Earth that he is superior.  He is from the other-side of universe and so no one from Earth has hurt him.  He also has no need for the resources of Earth due to his species advanced technology and powers.  While seemingly funny at times Orrgo's crimes are pretty hideous.  His mind control of all Earth is a kind of mass rape and is even worse when considered it was done for the sole purpose of subjugation.

3)
Varnae the root of evil of vampires

Varnae is easily the most evil so far on the list.  Some may put him even higher on the list as his crimes are voluminous.  Varnae is a sorceror in the dark arts whose work causes the destruction of his society killing everyone.  He also creates varmpiriscm and proceeds to spread the monstrous affliction across the world.  He does not only spread vampiricsm but nurses it and leads it.  When vampiriscm is irradiated Varnae proceeds to bring it back.

He sees humanity as nothing more than food.  He delights in pain and controlling humans.  He also mocks humans who help him.

We have assigned Varnae to the 20 category of evil.

One thing holding Varnae back is that he really seems to be more of a force of nature doing what his vampire instincts see to want him to do.  His mind set is thus somewhat off from that of normal human and may be likened to a kind of schizophrenia.  His murders are also generally to eat and not to inflict pain as the primary purpose.  He also moves up the scale in that Varnae does generally seem concerned about the well being of his people "vampires" and not solely about his own power. 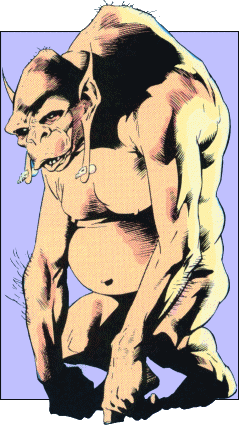 Dracula is chosen by Varnae as a leader of vampires in part because of his immense willingness to commit cruelty.  He is seen as Varnae as a strong leader willing to do anything for his cause.

As a vampire Dracula sexually, mentally, politically and magically controls and manipulates people.  Sometimes this is done for power but other times it seems to be for entertainment.  This ability to control and manipulate people as his true mastery make him one of the most evil monsters in all of the Marvel universe.

As a human and leader he is willing to extremely torture people sometimes for a purpose but other times for his own pleasure.

We have assigned Dracula to the 22 category of evil.
22) Psychopathic torture murderers with torture as their primary motive.  The motive need not be always be sexual.

This is the highest category of evil on the scale however we have character that we have ranked as even more evil. 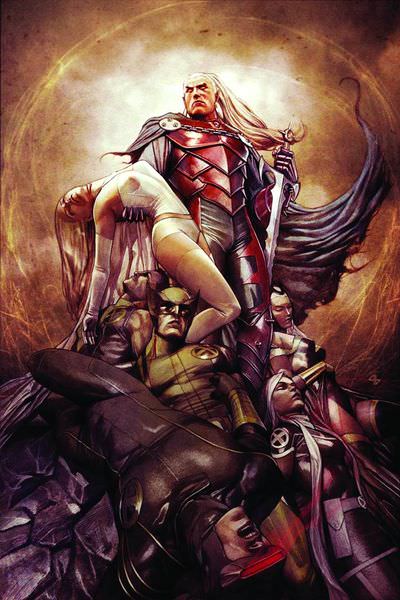 As a vampire Deacon Frost mentally and sexually violates humans to pursue his own ends.

His creation of Blade shows a morbidly,evil mind set in his preying on a pregnant woman by specifically targeting, and manipulating her despite other options available.  In this sense he purposeful manipulates the breaks the taboo of society for his own delight and pleasure.  This is level beyond that of Dracula who generally is attacking people to feed or for power.  While the machinations of Dracula seem to be power driven, the machinations of Frost seem to be cause the most pain and harm.  The crimes of Frost are not all always optimized toward the pursuit of power.  In the case of his feeding on Blade's mom Frost actually created his own nemesis in Blade that distinctly would hurt him in the future.  However, his pursuit of a new type of victim to torture with his morbid curiosity could not be sated by killing normal targets.  This makes Frost even more evil than Dracula.

There is a reason why Blade pursues Deacon Frost beyond all other vampires even those with more power and that is because Deacon Frost is really as evil as evil gets.

We have assigned Deacon Frost to the 22 category of evil the highest level of evil on the scale.
22) Psychopathic torture murderers with torture as their primary motive.  The motive need not be always be sexual.

Deacon Frost is ranked as the most evil Monster character on our list.  He tops out at the 22 level and even beat out Dracula for the prize as most evil. 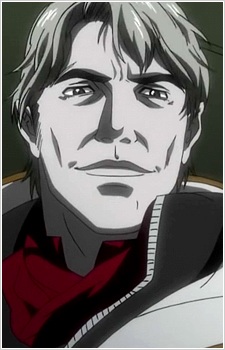 Well you made it through the list of the most despicable Marvel monsters.
What are your thoughts on this most evil list?  Did we get it right?  Did we miss any monster that you felt should have made the list? Please, let us know in the comment section below.