Slingshot - Digital Spin off series of Agents of SHIELD

Slingshot is coming! This is another new idea from Marvel that is aimed at Agents of SHIELD fans.  Slingshot will be a show that will air digitally from ABC online to viewers.  It features the character Slingshot aka Yoyo Rodriguez who is played by actress Natalia Cordova-Buckley.

Details on who Slingshot might face as an adversary are unclear.  This however is meant to detail both with her past and with the super registration act depicted in the film Captain America: Civil War.  The time period of series is said to be set between Season 3 and Season 4 of Agents of SHIELD.  There was a fairly big time jump between the seasons with many significant events occurring so its possible that this series will shed new light on those events.

The show is slated to have 6 episodes.
Agents of S.H.I.E.L.D.: Slingshot is scheduled to premiere online December 13.

Marvel's Agents of S.H.I.E.L.D.: Slingshot takes place shortly before the beginning of Marvel's Agents of S.H.I.E.L.D. Season 4. The digital series features Elena "Yo-Yo" Rodriguez, an Inhuman with the ability to move at super-speed. As a person with powers, she must sign the Sokovia Accords. However, the restrictions of the Accords are in direct conflict with a personal mission she's desperate to fulfill, one that will test her abilities and will include tense encounters with S.H.I.E.L.D. team members. 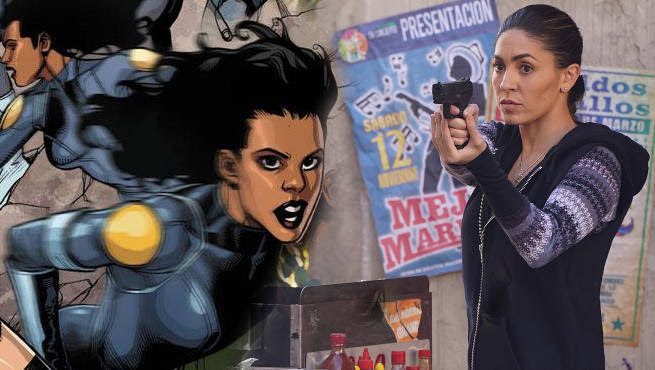