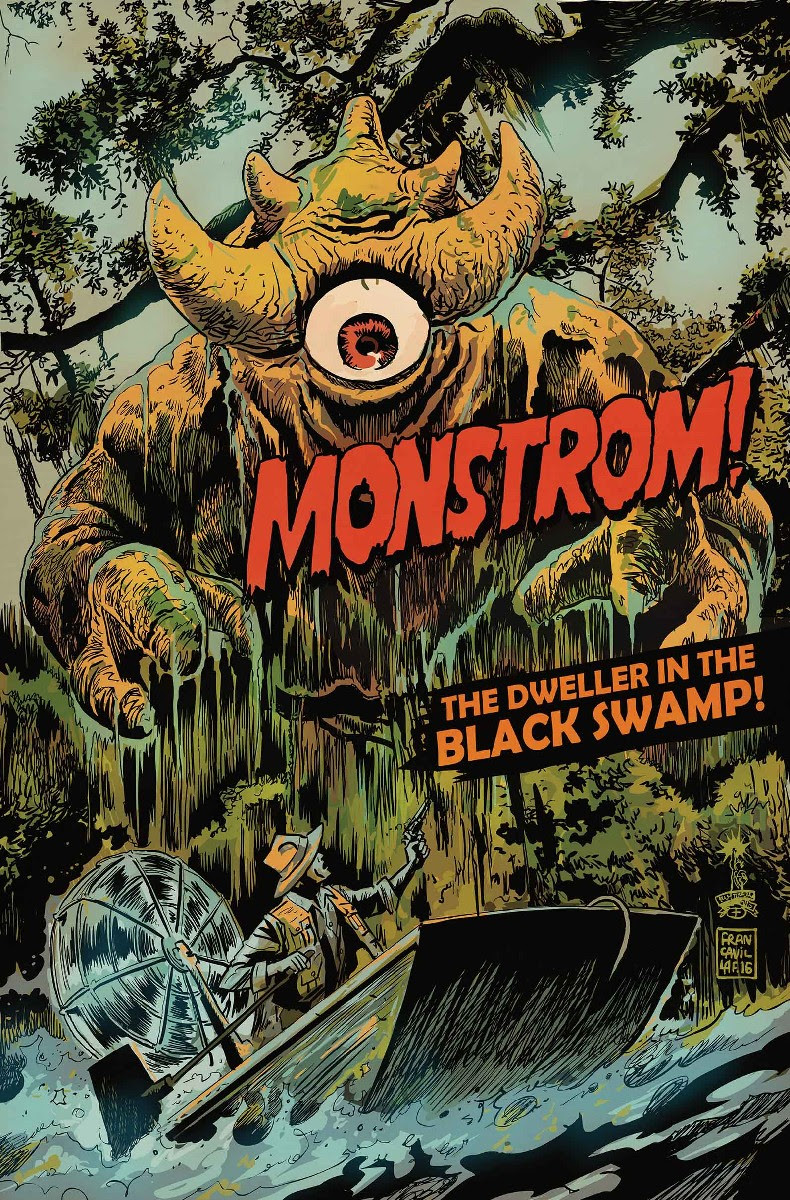 Name/Alias: Dweller in the Black Swamp


Bio:
A writer goes into the swamp of the Bayou so he can focus on writing a novel.  He brings his family along thinking they will all enjoy the trip.  The writer's son explores the bayou and stumbles upon "Monstrom the Dweller of the Black Swamp!"  The father and son both see the monster and are absolutely terrified as the monster shambles toward them.  Luckily an aligator attacks the monster and bites onto his leg, giving father and son a chance to flee.

The terrified father and son make it into town and tell the sheriff about the monster.  The sheriff finds their tale of a monster as ludicrous but another local says he has also witnessed signs of the monster.  While they are talking the monster arrives, and to everyone's dismay it seems to be impervious bullets.

The monster gets close but eventually turns around and shambles back off into the bog from which it came.

The end of the story reveals that the monster was in fact an alien who was attempting to ask for help to get its space ship out of the bog.  It meant no harm to anyone.