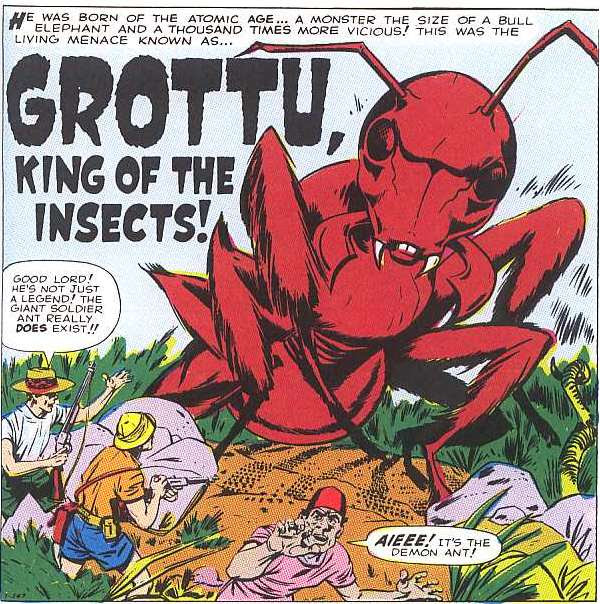 Name/Alias:  Grottu, King of the insects 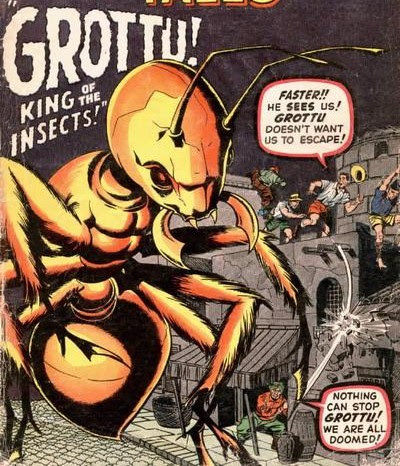 The leader of the Deviants disguised himself as a Soviet Leader to play with using radiation to create mutations in animals.  One of these tests in Mombassa, Africa successfully altered a common ant into a creature many times its original size.  The mutated ant gained the intellect of an average human being and immediatly decided to attempt to conquer the world with its vast strength.

Grottu began to pull massive legions of ants to use against humanity.  However, the monster hunter Ulyssess Bloodstone (Posing as a man named Frank) foiled Grottu's plans for world domination.  Ulyssess interrupted Grottu's control of the ants by breaking the giant ant's antennae.  This broke Grottu's control of his massive army of ants and they turned on him and seemingly killed him.

Grottu was released from a monster museum in Japan to battle another giant monster called Tim Boo Ba.  The pair caused rampant destruction and were eventually stopped by Iron Man.

Comic book artist Frank Johnson who had previously became embroiled with bringing monsters to life for a cult of Aztecs had settled into a job as a curator of a giant monster museum in Oregon.  The group of Aztecs found Frank and his museum.  They once again forced Frank to bring the monsters to life.  This time though Frank had the help of the superteam the Fantastic Four and Ant-Man and they defeated both the monsters and the Aztecs.  During the battle with the Fantastic Four, the Human Torch used his flame power to burn Grottu to his apparent demise.

Grottu's mental essence briefly haunted Ant-Man and even attempted to take control of him.  A lighting bolt unleashed by Thor seemed to push the essence of Grottu out of ant-man.

Grottu is set to reappear as part of the Marvel 2017 event Monsters Unleashed.

I found some great art of Grottu: 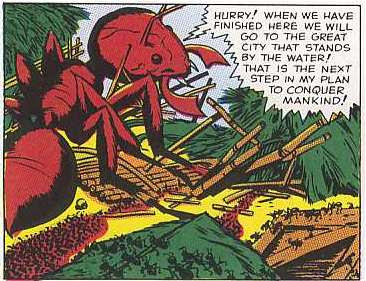