Who is the Colleen Wing?

Colleen Wing is a Marvel hero known for being a martial artist, detective and agent.  She is often a member or ally of the the super hero team Heroes for Hire. Jessica Henwick plays Colleen Wing in the Marvel Netflix series Iron Fist.  It is also possible that she will appear in the Defenders or other Marvel Netflix shows.

Affliliations: Daughters of the Dragon, The Nail, Nightwing Restorations, Heroes for Hire

Colleen is one of the first friends made by Danny Rand / Iron Fist when he returns to Earth from the mystical city of Kun Lun.  The father of Colleen Wing is a Professor of Asian Studies who learns from monk that a great warrior named Iron Fist was coming from Kun Lun to seek vengaence.  Curious to meet the warrior Professor Wing and his daughter seek him out.  They help Iron Fist on many of his first adventures.

Colleen's family down her maternal side were Samurai. When her mother died, her maternal grandfather trained her in the ways of the Samurai so that she could pass down the skills as a family legacy.  She became highly trained in martial arts and especially in the sword fighting styles of samurai.

The Cult of Kara Kai was one of the first adversaries set upon by Iron Fist and Colleen Wing.

After being caught up in a gun battle between locals gangs, Colleen is befriended by Police Detective Misty Knight.  Later Misty Knight would get her blown off by an explosive device and fall into a deep depression.  Colleen came to Misty's side as a friend and encouraged her to become a Detective despite losing her arm.  The two friends went on to open up a Private Detective business called Nightwing Restorations Ltd.  Due to their martial arts fighting styles the pair was often referred to as the "The Daughters of the Dragon."

Colleen was captured and mentally brainwashed by the Iron Fist villain Master Khan.  Master Khan hoped to use her as a weapon to destroy Iron Fist.  She battled Iron Fist but in the end Iron Fist was able to use his chi to meld their minds and free her from the brain washing.  As the result of this Colleen gains some of the Chi manipulation powers and kung fu skills of Iron Fist.

Another villain Emil Vachon captured Colleen and used drugs (heroin) to control her.  Misty Knight freed her and worked with her through rehab to get her clean.

She is a listed member of the initiative during Civil War.

During the Shadowland story Colleen begins to lead an offshoot of the Hand called the Nail.  In the end she betrays the group and is forced to battle her way free from the other members.

Many think that Colleen has no true powers but this is not entirely accurate she actually has some Chi abilities and at one point picks up some of Iron Fists powers.

Powers:
Colleen has the ability to finely control her Chi in a manner similar to Iron Fist.  This came from when she brain washed into being an immortal weapon by Master Khan and Iron Fist had meld with her mind to free her.  This event gave her many of Iron Fist's skills and powers.  Through her Chi powers she gains a variety of abilities:

Colleen is a highly skilled martial artist and detective

Flyers for a martial arts school appear in the series Luke Cage.  These flyers are likely for classes being taught by Colleen Wing.  Claire Temple (Rosario Dawson) grabs one of the flyers.  Claire Temple has appeared in all of the Netflix shows and is set to appear in Iron Fist. 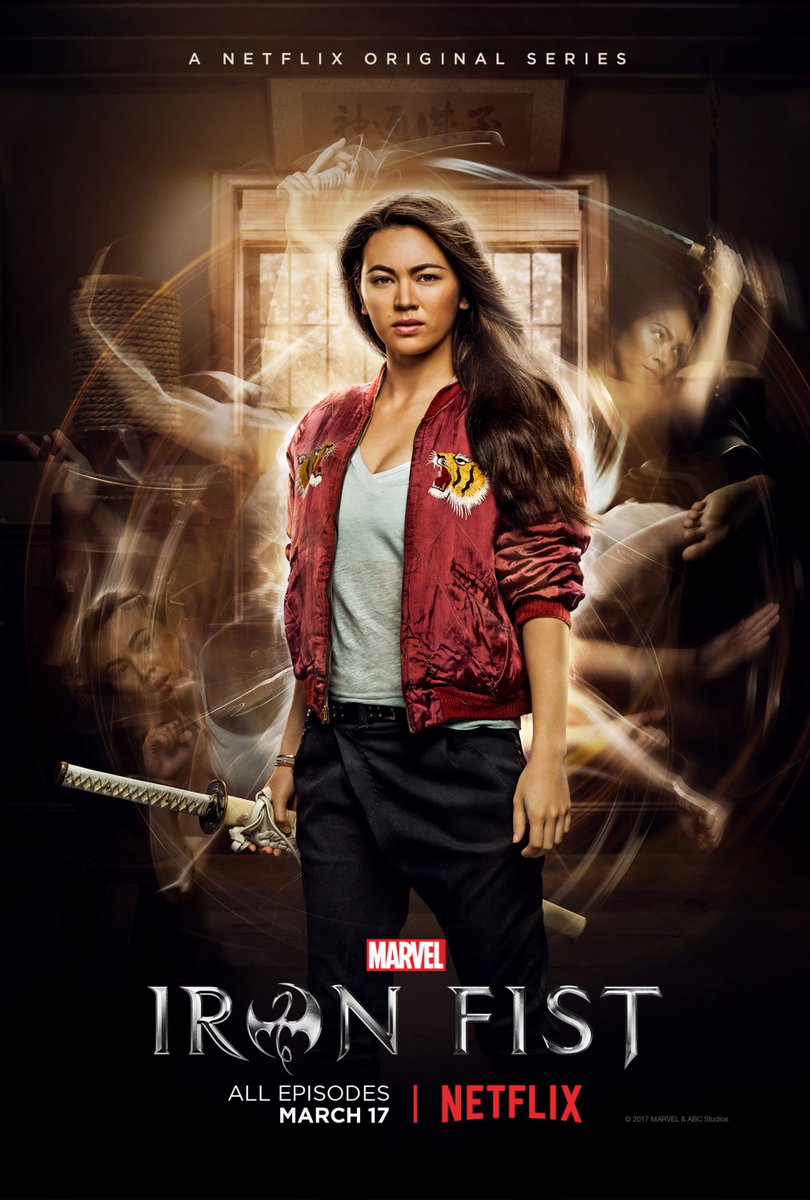 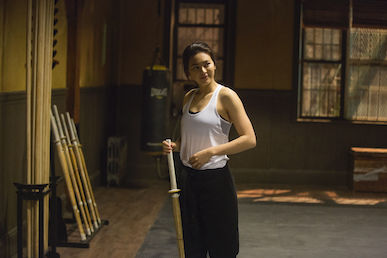