Who is the Bride of Nine Spiders?

Who is the Bride of Nine Spiders?

The Bride of Nine Spiders is the most terrifying and coldest member of the Immortal Weapons.  As an Immortal Weapon she is on of the greatest martial artists in the world with added on power.  She has been both an ally and an enemy of Iron Fist.


Name: Unknown - There have been multiple women carrying the mantle and powers of the Bride of Nine Spiders none of their names have been revealed.


Am I not merciful? (Bride of Nine Spiders)

The Bride of Nine Spiders is one of the most mysterious Immortal Weapons.  One legend concerning her is that a great martial artist named Murderous Lion held a tournament in her honor.  Murderous Lion's intention was for the winner of the tournament to earn the right to marry the beautiful Bride of Nine Spiders.  However, the Bride saw the tournament as an affront to her immortality and found the idea of marrying any mortal beneath her.  Rather than accept the winner of the tournament as a husband she challenged him to a match.  The winner turned out to be Murderous Lion himself and he ended up in a death match with his would be wife.  The two gravely injured each other and many suspect both died.  The Singing Spider was an immortal spider that was supposedly found at the site of the battle was used as evidence that the legend was real.
The Bride of Nine Spiders that was encountered by Danny Rand was a different woman than the woman encountered Orson Randall many years earlier.  It is possible that the earlier Bride of Nine Spider died in the manner of the legend.

The Bride of Nine Spiders is a mantle worn by one of the Immortal Weapons of the Seven Mystical Cities of Heaven.  It is passed on to a champion of one of the Seven Cities in a similar way as that of the Iron First.

There are two Bride of Spiders women who have been featured in the comics.  Niether woman has had an origin told or been given a name outside of Bride of Nine Spiders.  One is featured as part of the old Iron Fist Orson Randall.  Orson is captured captured by the Lady of Nine Spiders after he refuses to fight in the tournament of the Seven Cities.  He escapes her clutches.  This Bride does not appear again however there is a legend concerning her dying at the hands of a would be lover named Murderous Lion.  It is said from this battle an immortal spider is left called the Singing Spider.  This Spider is bought by antiquity dealer who uses it to attract and ensnare the current Bride of Nine Spiders.

The next Bride of Nine Spiders also called the current Bride is first seen in the battle of the Seven Cities by Danny Rand.  The Bride fights in the 2nd round against Dog Brother #I.  She defeats Dog Brother #1 after releasing an army of spiders out of her body that attack and overwhelm Dog Brother.

The Bride of Nine Spiders is initially reluctant to help the other champions fight off an attack from Hydra.  She joins when she decides that the attack could imperil her own city.  She joins in the attack on the newly found 8th City of Demons.  She is captured and tortured there.  Once she freed she vengefully kills all who get in her way.

The other Immortal Weapons have powers that are heavily rooted in Mysticism and Chi after they defeat a Guardian of that force.  The Bride's powers do not follow along the Chi path.  She is an advanced martial artists but her powers all seem to be rooted in creating terror.

Spiders- The Bride of Nine Spiders can release a torential wave of small spiders that come out of her body and attack opponents.  She can release them in a massive wave or fling clusters of them along with strikes or blocks.

Spiked Necklace - The Bride has a spiked collar / necklace that can shoot out like a spear.

Singing Spider- Is an item that can cause hallucinations on others.  It has great influence over her and is one of her weaknesses if it falls into her enemies hands. 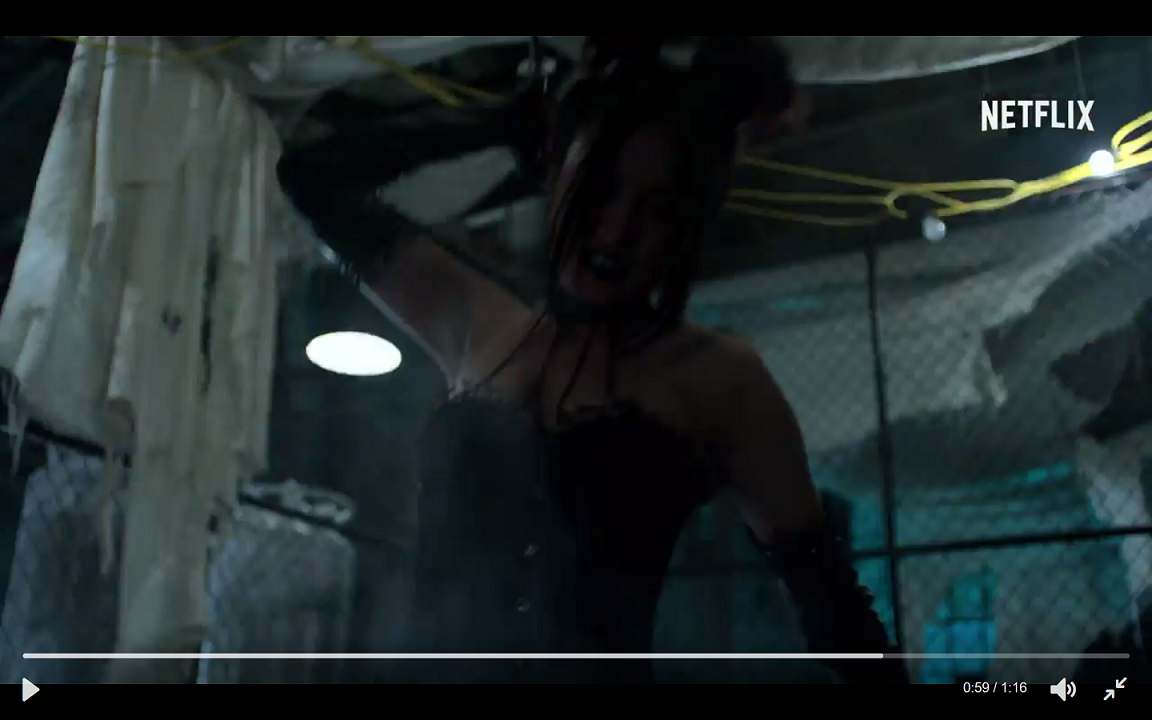 A woman who is an agent of Madame Gao's Hand organization is brought into battle Iron Fist in a duel.   She uses Singing Spider venom as a weapon and poisons Iron Fist.  However, Iron Fist manages to calm himself and uses his Chi to hold off the poison.