Return of X-Men Blue and Gold

X-Men Blue and Gold are coming back!

As far as huge top comic sales of all time few comics (none) have sold more than the early 90s X-Men run.  This series was one of the most popular comic series of ALL TIME.  The X-Men have had some ups and lows over the years but very little compares to the iconic Blue and Gold series.  The new series will be done in a similar format as the classic versions but with new rosters.


Marvel has now announced who the rosters for each team will be.  Classic Wolverine will not appear in either series but Wolverine will still be there in a different form as Old Man Logan.  It is also expected that Wolverine will return to the living in X-Men Blue #4  BEHOLD!

This series will be written by Marc Guggenheim and have artwork by Ardian Syaf.

Guggenheim explained his take on the X-Men with Newsarama:


What makes this relaunch different is that it’s more about the X-Men as heroes than the X-Men as a struggling minority fighting for their very existence. That existential crisis is tabled for the time being. It’s been a while since the X-Men have really been able to catch their breath and not worry about the end of mutantkind. We’re really going back to the days where the X-Men could just be heroes, and play softball games, and have soap opera stories and romantic relationships. It’s something you haven’t seen in the X-Men books for a while. So for super longtime fans – A.K.A. old people, like myself – it’s an exciting return to the basics. And for fans that are younger, it’ll be exciting to see the X-Men in a way that they might not have really seen in recent memory.

See more of the Interview at Newsarama


This series will be written by Cullen Bunn with artwork done by Jorge Molina.  This team will be made up of the time displaced classic X-Men.  The team will be led by Jean Grey and have the old Magneto filling in for Charles Xavier as the team's mentor.  The team features the classic team of Cyclops, Beast, Angel, and Iceman.


Also in X-Men Blue #4 the cover hints at the return o Wolverine who has been dead since 2014.

History of the Blue and Gold Teams!

The original Blue and Gold Teams were X-Men series that featured a creative rockstars that are still widely associated with the X-Men.  Names like Jim Lee and Chris Claremont instantly come to mind. This generation of X-Men was also known in part because these rosters of X-Men were heavily used in the popular X-Men the  Animated Series that also ran during the 90s.  One of the features of the comics of that period is that X-Men were broken into two color themed teams, X-Men Blue and X-Men Gold.  Each team featured its own roster and its own stories.

Comic wise however the X-Men and Mutants in general have felt pushed to the side in favor of Inhumans.  We have discussed the reasons for this at length in other articles but generally all of our bloggers have felt that it was a flawed strategy.  The general thinking is that Marvel has become more of a film based company and because they lack the film rights to X-Men they instead began pushing Inhumans as proxy to tell similar types of stories.  The problem with that is that Inhumans were just a little too different, they are too alien based to be used exactly as mutants were.    After a few messy stories, and then the Death of Wolverine story that killed the most popular X-Man it felt that Marvel had nearly pushed the X print universe into the grave.  This was solidified with the story of Inhumans vs X-Men where many believed that mutants would be wiped out of the Marvel universe completely.

But then Marvel ran into a different storm in the summer of 2016.  For the first time in MANY years Marvel began to be beaten soundly by DC on comic racks across America.  DC had relaunched its universe beneath the title of Rebirth that was pulling in both old fans and new fans.  Marvel's Civil War II event over 2016 largely undersold and did little to boost sales and almost nothing to compete with DC Rebirth's compelling story lines.

The lack of sales seems to have caused the company to do a hard about face when it comes to the X-Men.  Now the company is delving back to the golden years of the early 90s and relaunching the iconic X-Men titles X-Men: Gold and X-Men: Blue in 2017.

What does the return of these iconic titles mean?

Are X-Men back for good?  Will Marvel begin focusing more on Mutants and less on Inhumans?


X-Men Editor Mark Paniccia discussed the new books with Newsarama saying the throw back names were:

“These are the return to the quintessential X-Men team books. Rosters you’re going to love. The kinds of stories we all grew up on. You’re going to dig them and maybe even feel a little competition between the books, trying to outdo each other. If I do my job right, there will be readers who are Team Blue or Team Gold. Don’t get me wrong. You’ll enjoy both but you will have a home team.”


Things certainly sound positive for the first time in a long time.  For me at least the strategy is working because I am excited to read an X-Men book again.

Here is a look at the early 90s Gold and Blue teams of the X-Men . 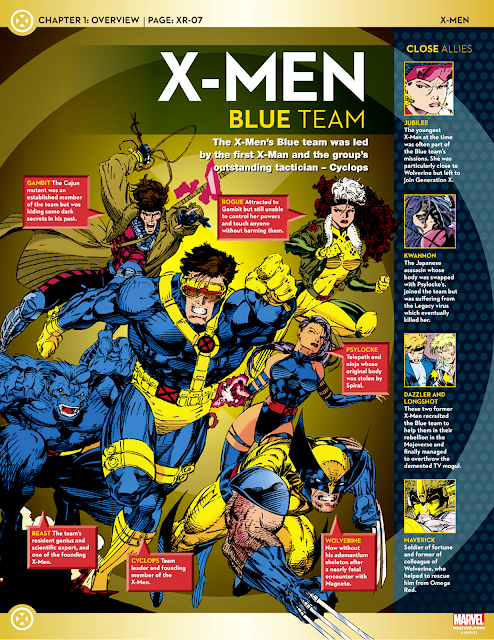 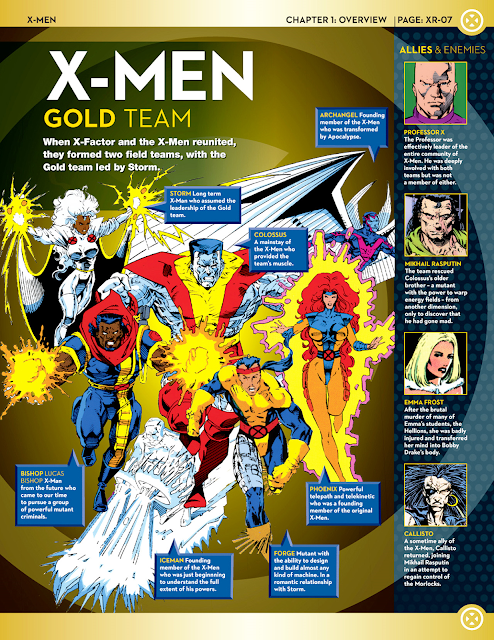