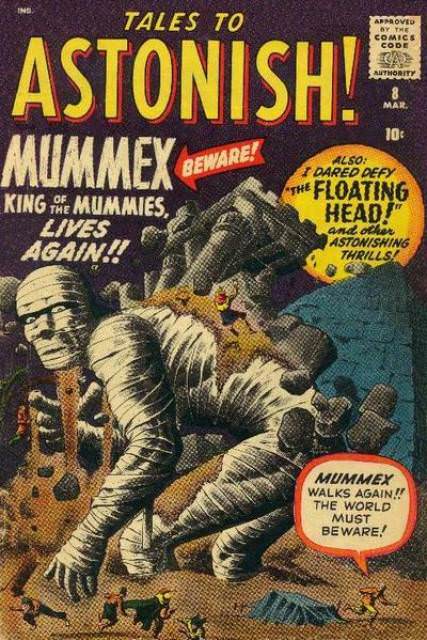 Mummex the king of  theMummies is a monster that appeared in early Marvel comics in the early 1960s.  He appeared as the villain in an issue of Tales to Astonish.  This post is part of the Toylab Marvel Monster series that focuses on old Marvel Monsters in preparation for the 2017 Marvel Comic event Monsters Unleashed. 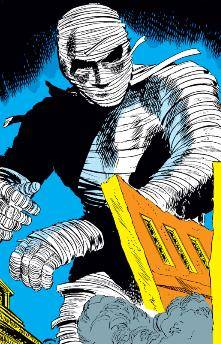 A giant mummy appeared to be walking around tomb to tomb in Egypt.  The giant monster created a panic amongst locals who thought it was a demon sent by Allah.  An archeologist began to follow the massive creature only to learn its true secret.  The giant mummy Mummex was not a mummy at all but an alien named Raaka from a missing person's bureau. 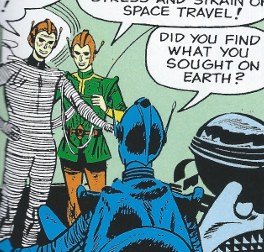 The space suits of the aliens look like Mummies.  When Raaka encountered Earth its scans showed various Earth mummies and Raaka investigated to see if they were actually missing alien space explorers.  Once finished with his exploration Raaka left Earth in his space ship after creating panic on Earth.