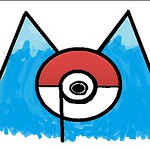 After a late night of Pokemon hunting and drinking it was suggested that Toylab form a Pokemon Fraternity.  It seemed pretty silly at the time but then after the morning of hungoverness had worn off I thought heck why not.  Pokemon is already a bit like a fraternity.  When you run into someone else who is into the game you have an automatic connection.  There is so much depth to the Pokemon world that it almost functions like a secret handshake among fans.

So what the heck!

Why make it as a Pokemon fraternity as opposed to a Pokemon Go one.  I think its better to keep it on the overall idea of Pokemon as that idea is bigger than just a single game.

What exactly will Rho Mew do?  Well there a lot of things to do as a community in Pokemon Go.

I really think a group like this could create their own podcasts, forums and other cool stuff.


More Pokemon GO! Tips, Tricks and More!
want to learn more about Pokemon Go?  We have compiled an array of articles on how to beat and catch specific Pokemon as well as other tricks in our Toylab Pokedex.
Click Here to enter the Toylab Pokedex