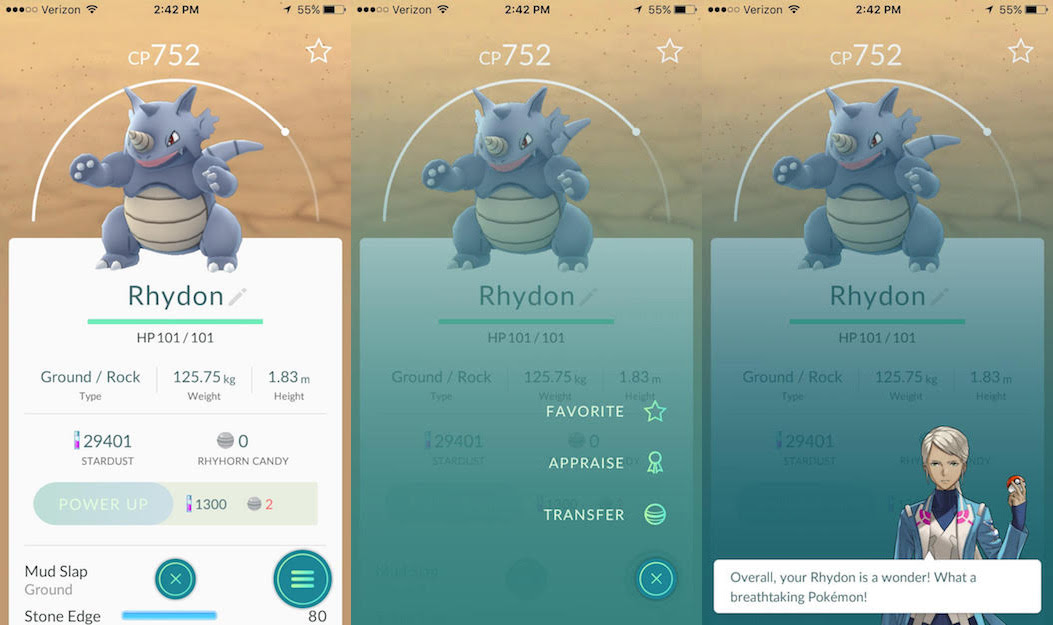 
I'd like to tell you that you are all equal in ability.  But your not.  Each of you has your ceiling.  You can't control where it is, but its there.  What you can control is how close you get to that cieling.  Its your job to get close to it as possible..

This concept is very similar to IVs.


Each Pokemon has base statistics for Attack, Defense and Stamina.  These statistics determine how well its moves do and how well it defends.  As you power up a Pokemon it levels up and these statistics are increased until eventually the Pokemon's level maxs out.  The catch however is that each Pokemon has a different starting point and thus a different ending spot.  In this way two Vaporeons that are at level 10 could have different statistics.  If you are going to spend a resources on leveling up and evolving a Pokemon it is better to select one that has optimal or at least better than average IVs.  This means that the Pokemon has a higher ceiling than others of the same type.

The IVs stats are one aspect of the Pokemon you are basically handed when you catch it.  You can not change them.  If you are disappointed by the IVs of a Pokemon then you need to find another one.

One other aspect of a Pokemon that is given and can not be altered is its move set.  While Move Sets do change once the Pokemon is evolved they are not changeable or up-gradable.  Some Move Sets are also definitely better than others.  Generally Move Sets are judged by Damage Per Second.  This is the highest amount of damage that the Move Set  can cause (Type Damage excluded) for a given attack.


How to Judge IVs
How to learn what you Pokemon's IVs are and if they are better that average or worse.  There are two main ways to determine if a Pokemon has good IVs or not.  First is to use the Appraisal feature built into Pokemon Go itself.  The appraisal feature is meant to look at the base stats of a Pokemon and compare it to full population of that type of Pokemon.

Each Team Leader will give an answer to the Appraisal and say various things about a Pokemon.  The lines you want to hear are:


Another great line to hear is that Pokemon has hit max level of a given statistic.  If the Pokemon has one of the Max stats the leader will say: 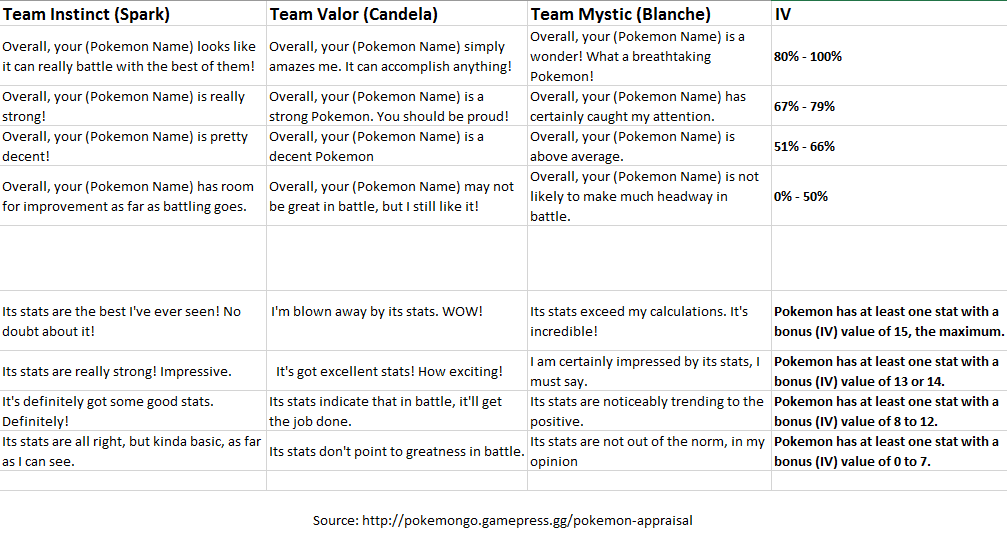 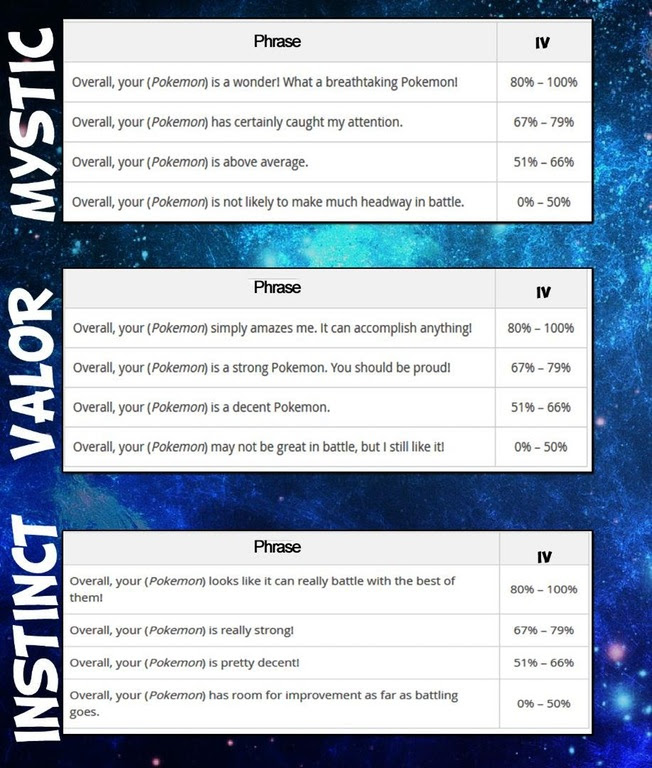 There is another way to do it!
The 2nd way to determine IV value is to use a third party calculator like this one here:

Some have claimed use of the Calculator could result in banning but I do not see how as you are only entering in Pokemon stats and not personal information.